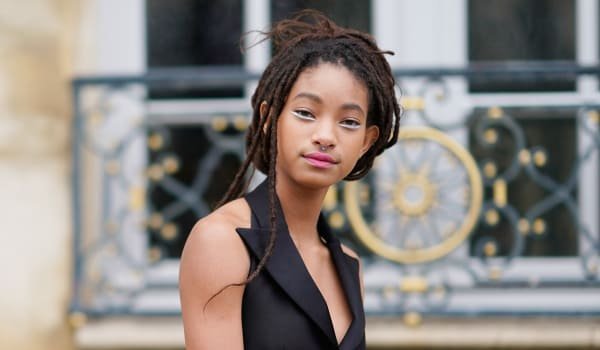 When Willow Smith released her debut single, “Whip My Hair,” in 2010, her life, from the outside, looked like it couldn’t be better. Her song reached No. 11 on Billboard‘s Hot 100, she performed at the White House and as Justin Bieber’s opening act on his world tour, and critics everywhere were dubbing her a “baby Rihanna.” But behind the scenes, Smith, who was 9 at the time, was dealing with serious mental health issues and was self-harming as a way to cope.

In a conversation on mom Jada Pinkett Smith‘s web show, Red Table Talk, on May 14, Smith, who is now 17, opened up about losing her sense of self and cutting her wrists from the aftermath of her breakout success. “It was after that whole ‘Whip My Hair’ thing, and I had just stopped doing singing lessons, and I was kind of just in this gray area of, ‘Who am I? Do I have a purpose? Is there anything I can do besides this?’” Smith said.

She continued, “After the tour and the promotion and all of that, they wanted me to finish my album,” she said. “And I was like, ‘I’m not gonna do that.’ And after all of that kinda settled down and it was like a kind of lull, I was just listening to a lot of dark music. It was just so crazy and I was plunged into this black hole, and I was cutting myself.”

The reveal surprised even Smith’s mom, who asked her when and where. “What? When were you cutting yourself?” Pinkett Smith asked. “I didn’t see that part. Cutting yourself where?”

Smith then clarified that she cut herself on her wrists, showing her mom the barely visible scars from where she harmed herself. “On my wrist. I mean, you can’t even see it, but there’s still a little something there. But like, totally lost my sanity for a moment there. I never talk about it because it was such a short, weird point in my life. But you have to pull yourself out of it,” Smith said.

Though more than 450 million people deal with mental health issues (that’s 1 in 4 people), depression and other mental health issues are still not widely discussed. We’re glad to know Smith is in a better place, and we’re also glad she shared her story, which can have a positive influence on many fans who are dealing with similar struggles.