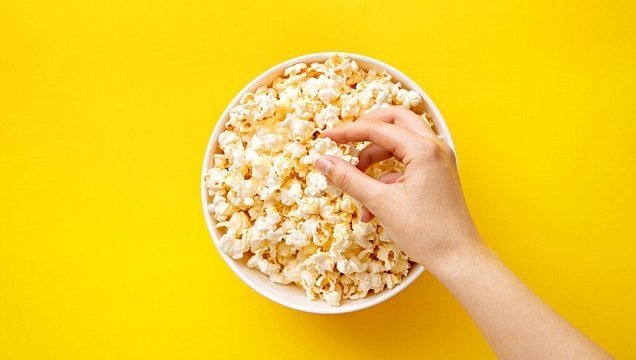 Eat popcorn with chopsticks and devour pizza from the crust inwards: Scientists reveal how to stop getting bored of life’s simplest pleasures

People could enjoy their favourite foods, drinks and gadgets for longer by mixing up the way they use them to keep them seeming new, experts say.

The way our brains work means the things we take pleasure in become harder to savour as we get used to them.

The last bite of a pizza or the second glass of wine never tastes as good as the first because we quickly adapt to the effects they have on us.

But finding new ways to enjoy things – like eating popcorn with chopsticks, eating pizza from the crust inwards, or drinking water from a wine glass or even a shipping envelope – could make sure we appreciate life’s joys for longer.

Professor Robert Smith of the Ohio State University and Professor Ed O’Brien from the University of Chicago, write in the following piece for The Conversation: 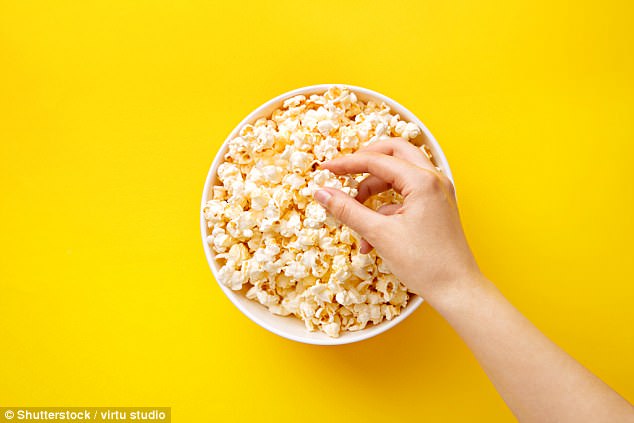 Eating popcorn with chopsticks makes it more enjoyable because people pay more attention to what they are eating, the research found

It happens fast. You crack open a bottle of your favorite drink and put it to your lips. The delicious flavor is nearly overwhelming.

But a minute later, you’re barely noticing the taste as you drink it.

Or you buy a new car and think it will make you smile every time you drive it for years. But a month later, that sensation is gone. Now it’s just a car.

This satiation, known as hedonic adaptation, occurs for nearly everything that makes us happy.

Look around and think of how much you initially enjoyed the things that surround you. Then think about how much you enjoy them today.

Wouldn’t it be great to get some of that initial enjoyment back?

In a series of studies soon to be published in Personality and Social Psychology Bulletin, we found that consuming things in unconventional ways enhances enjoyment of them.

The art of paying attention

In one study, we asked 68 participants to eat some popcorn. While half were told to eat the normal way, one kernel at a time, the rest used chopsticks.

We found that those who ate with chopsticks enjoyed the popcorn a lot more than the others, even though both groups were told to eat at the same slow pace.

This is because of something well-known to psychologists: When something seems new, people pay more attention to it.

And when people pay more attention to something enjoyable, they tend to enjoy it more.

This is why many people seek so much variety in what they consume.

Unfortunately, this replacement is costly, and, in cases such as houses and spouses, sometimes a very extreme option in response to unavoidable familiarity.

Our research suggests another option: Instead of replacing something once you get sick of it, try consuming it or interacting with it in unconventional ways. 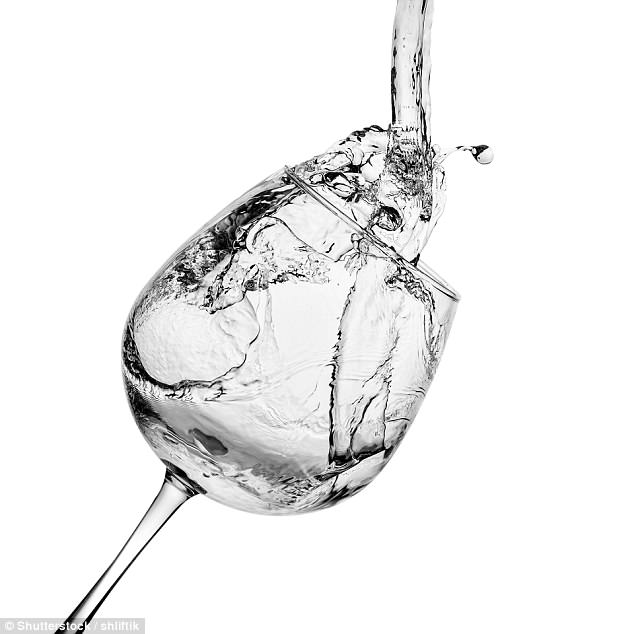 In a study people who drank water in a different way each time – such as from a wine glass, out of an envelope, or lapping it up like a cat – said the water tasted better for longer than people who always used the same drinking method

In another experiment, we studied 300 people as they consumed water.

First, we asked participants to come up with their own unconventional ways to consume water.

Their responses ranged from drinking out of a martini glass or travel mug to lapping it up like a cat. One even suggested drinking water out of a shipping envelope.

They were then told to take five sips of water and rate their enjoyment after each drink.

We found that people who drank water in a different way every time enjoyed their water the most – with even bigger boosts toward the end of the taste test.

WHAT IS HEDONIC ADAPTATION?

Hedonic adaptation is a phenomenon in which the brain adjusts to life changes in order to maintain a stable level of emotions.

It means that when something happens in life which makes you particularly happy or sad, the effects eventually fade back to a steady level of happiness.

This means that if you buy something like a new car or mobile phone, while it is exciting and novel to begin with you will get used to it as it becomes part of your daily life.

When looking at consumerism, this process means people feel compelled to buy more new things, such as clothes, when they naturally get bored of the last thing they bought – even if it is still perfectly usable.

Experts suggest ways to combat this could include making small purchases more often, waiting as long as possible before buying something you really want, or booking a holiday far in advance so you look forward to it for longer.

In other words, their enjoyment did not decline over time.

While everyone else enjoyed the water less for each sip, those who drank it in different ways did not show this usual pattern of declining enjoyment.

This presents a rare solution to the nearly universal phenomenon of satiation, or the declining enjoyment that comes with familiarity.

As long as you can find new and interesting ways to interact with something, you may never grow tired of it.

This idea isn’t entirely novel, of course. Many companies are already taking advantage of this concept to provide more enjoyable experiences for customers.

The Reddit page WeWantPlates presents a rich catalog of the many creative and confusing ways that restaurants serve their customers food, from nachos in a sink to ravioli on a washing line.

While there is no limit to the different ways to present the same old thing, at some point the novelty usually wears off.

Our research suggests this is a missed opportunity for businesses to offer more variety in how a single food is consumed.

For example, when people eat a few slices of pizza at a restaurant, they typically consume them all in the same way.

It’s a problem if people enjoy their last slice less because of satiation, because our memory for experiences is shaped heavily by what happened at the end.

Rather than turning off all the lights to make dining more enjoyable, as in the dark-dining trend, pizza parlors could encourage their customers to eat each slice in a different way, such as normally, folded in half, backwards, with a fork and knife, with chopsticks or while blindfolded.

If they did, we believe they would likely find that their customers enjoy their last slice as much as the first.

The bottom line is that variety is the spice of life, not just in what we do but also how we do it.

Knowing this can help both businesses and customers maximize enjoyment.