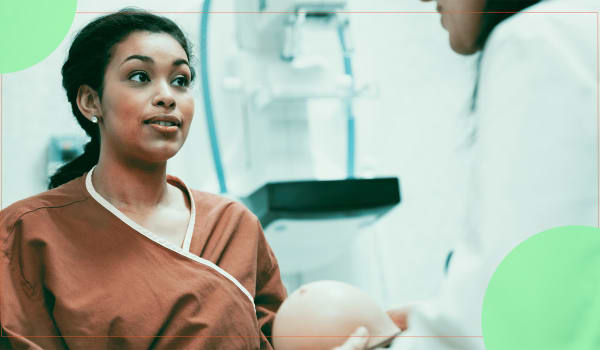 As far as public health campaigns go, the one to raise awareness about the signs and symptoms of breast cancer has been more successful than others. We know to do regular breast self-exams and report to the doctor as soon as we see or feel something abnormal. This is certainly a step in the right direction as early detection is one of our best tools against the disease.

However, not all breast lumps and bumps are created equal, and the same goes for breast cancer treatment. In fact, a new large-scale international study published by the New England Journal of Medicine found that many of those who would currently receive chemotherapy to treat the most common type of early-stage breast cancer don’t actually need it.

“With results of this groundbreaking study, we now can safely avoid chemotherapy in about 70 percent of patients who are diagnosed with the most common form of breast cancer,” Loyola Medicine oncologist Dr. Kathy Albain, one of the main coauthors of the study and a member of the clinical trial’s steering committee, said in a statement. “For countless women and their doctors, the days of uncertainty are over.”

What did the study find?

The researchers looked at results from a test that examines 21 genes from a patient’s breast cancer biopsy sample to determine how active each of the genes are. Then tumor is then given a “recurrence score” from 0 to 100, with the higher scores representing a greater chance the cancer will spread to other organs and decrease survival. In current clinical practice, chemotherapy is given to patients with the highest scores in order to reduce the chances of the cancer recurring.

Prior to this study, the tricky part came when patients were in the middle range of scores because the doctors weren’t sure if the health risks associated with chemo were worth the purported benefits. Previous research has shown that those with a score of 10 or lower did not need chemo, while those with a score above 25 could benefit from the treatment. As a result, this study — which involved 10,273 participants — focused on patients with scores between 11 and 25. Those in the study had the most common type of breast cancer (hormone receptor-positive, HER2 negative) that had not spread to lymph nodes.

Around 69 percent of the participants had recurrence scores between 11 and 25 and were randomly assigned a course of treatment: either chemotherapy followed by hormonal therapy or hormone therapy alone. The results represent a major breakthrough in breast cancer care.

Namely, there was no significant difference in health outcomes between the group that received chemo and the other that didn’t — especially among those aged 50 to 75. The results differed slightly for those under 50, however, with participants having slightly better results following chemo when they had scores of 16 to 25. Those with a score of 15 or lower mirrored the results of the elder cohort.

“The study should have a huge impact on doctors and patients,” Albain said in the statement. “Its findings will greatly expand the number of patients who can forgo chemotherapy without compromising their outcomes. We are de-escalating toxic therapy.”

The study also represents a continuation of the shift toward more personalized, precision medical care, as opposed to a one-size-fits-all approach to illness — especially breast cancer. As we’re getting better at early detection, it means that we may be catching more tumors than before (which again, is a good thing) but it may also mean that many people were being treated with the same aggressive chemo as those with higher recurrence scores — which may not be necessary.

Anyone who has experienced chemotherapy either firsthand or watching a loved one go through the treatment knows that it’s not easy and in most situations comes with some uncomfortable (and sometimes serious) side effects. The idea that we will still benefit from early detection but that it doesn’t necessarily mean chemo will be used every time is a major step forward in individualized treatment.

It’s definitely still a good idea to continue your routine breast exams, consider a baseline mammogram before your annual screenings start and see your doctor if anything looks or feels unusual. The 21-gene test actually isn’t new; it’s been around since 2004, costs about $3,000 and insurance typically covers it, The New York Times reported.

What does change is the course of treatment for those in the midrange of recurrence scores — and unlike a lot of clinical trials and scientific research, the findings can be applied right away.

“I think this is a very significant advance,” Dr. Larry Norton of Memorial Sloan Kettering Cancer Center in New York, who is not an author of the study but practices at one of the participating hospitals, told The New York Times. “I’ll be able to look people in the eye and say, ‘We analyzed your tumor, you have a really good prognosis and you actually don’t need chemotherapy.’ That’s a nice thing to be able to say to somebody.”