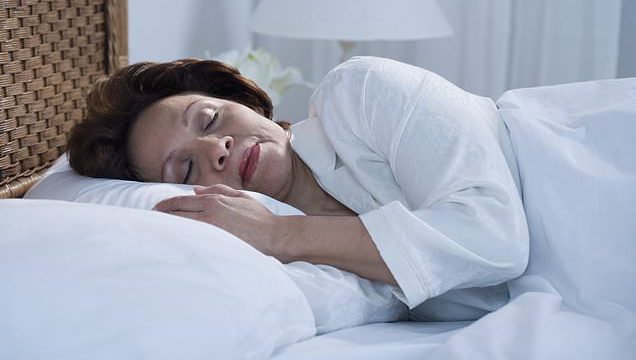 Too much sleep ‘could give you dementia’: People who get nine hours a night are more at risk of disorder

A long list of studies in recent years have linked Alzheimer’s disease with a lack of sleep.

But getting too much shut-eye may also raise the risk of the cruel memory-robbing disorder, according to research.

Scientists found people who slept for nine hours or more per night showed a significant decline in memory and language skills, early markers of dementia.

Those who got less than six hours were also at risk, with researchers claiming the sleep sweet spot is seven to eight hours. 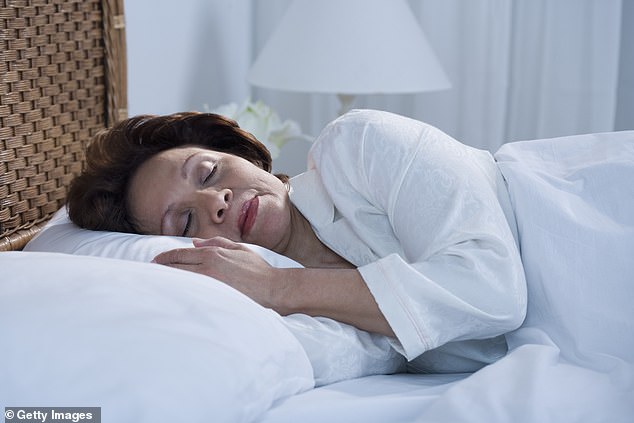 Experts are unsure why too much shut-eye may cause dementia, but they say people at-risk of the disorder have disruptions in their brain which promote longer sleeps.

The team of academics from the University of Miami Miller School looked at 5,247 Hispanics over seven years.

Participants, all aged between 45 and 75, were part of the nationwide Hispanic Community Health Study/Study of Latinos.

It included Latinos from diverse backgrounds in Chicago, Miami, San Diego and the Bronx in New York City.

Participants were given a neurocognitive test at the start and the end of the study.

Researchers assessed their attention, memory, language, reaction time and perception to give a snapshot of their brain health.

Volunteers were also asked to fill out weekly questionnaires about their sleeping habits over the last seven days.

Fifteen per cent of participants slept for an average of nine hours each night.

At the end of the seven years, this group saw their cognitive performance across all fields fall.

Their learning skills plummeted by 22 per cent, word fluency dropped by 20 per cent and memory fell by 13 per cent.

The scientists say too much sleep has been linked to lesions in the brain known as white matter hyperintensities.

They appear as white spots on an MRI scan and raise the risk of cognitive decline, dementia and a stroke. The lesions are thought to be caused by decreased blood flow to the brain.

Dr Ramos, a neurologist and sleep expert at the University of Miami, said: ‘Insomnia, and prolonged sleep duration appear to be linked to a decline in neurocognitive functioning that can precede the onset of Alzheimer’s disease or other dementias.

‘We observed that prolonged periods of sleep and chronic insomnia symptoms led to declines in memory, executive function and processing speed.

‘Those measures can precede the development of mild cognitive impairment and Alzheimer’s disease.’

Dr Ramos said the findings, published in The Journal of the Alzheimer’s Association, provide fresh insight into how too much, rather than too little, sleep may be linked to the disease, particularly in Hispanic patients.

‘We may also be able to identify at-risk patients who may benefit from early intervention to prevent or reduce the risk of dementia,’ he said.

Previous studies have shown Alzheimer’s is more prevalent in black and Hispanic people, although the reason why is unclear.

WHAT IS DEMENTIA? THE KILLER DISEASE THAT ROBS SUFFERERS OF THEIR MEMORIES

Dementia is an umbrella term used to describe a range of progressive neurological disorders, that is, conditions affecting the brain.

There are many different types of dementia, of which Alzheimer’s disease is the most common.

Some people may have a combination of types of dementia.

Regardless of which type is diagnosed, each person will experience their dementia in their own unique way.

Dementia is a global concern but it is most often seen in wealthier countries, where people are likely to live into very old age.

HOW MANY PEOPLE ARE AFFECTED?

The Alzheimer’s Society reports there are more than 850,000 people living with dementia in the UK today, of which more than 500,000 have Alzheimer’s.

It is estimated that the number of people living with dementia in the UK by 2025 will rise to over 1 million.

In the US, it’s estimated there are 5.5 million Alzheimer’s sufferers. A similar percentage rise is expected in the coming years.

As a person’s age increases, so does the risk of them developing dementia.

Rates of diagnosis are improving but many people with dementia are thought to still be undiagnosed.

IS THERE A CURE?

Currently there is no cure for dementia.

But new drugs can slow down its progression and the earlier it is spotted the more effective treatments are.