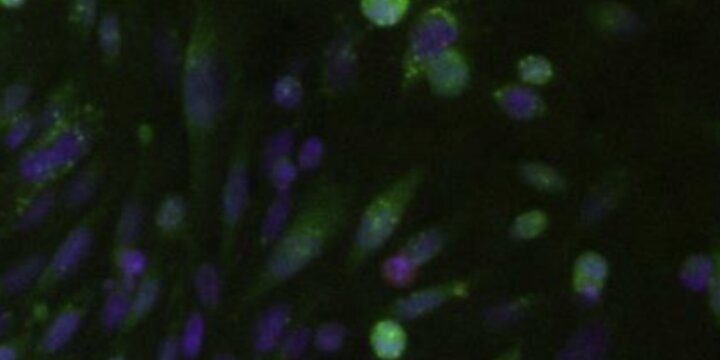 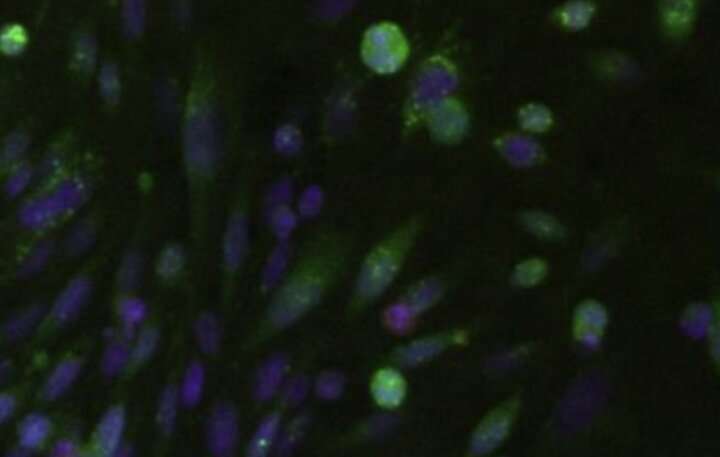 One of the major successes of decades of cancer research has been the development of drugs that specifically inactivate oncogenes, genes that function abnormally, causing cells to behave erratically, become malignant and make tumors. These drugs are highly effective treatments for cancers caused by oncogenes.

Monoclonal antibodies are one of the main classes of pharmaceuticals, and a mainstay in the cancer therapeutic arena. Such drugs can bind to a specific target protein and halt its functioning. Small molecule drugs, another mainstay of cancer therapeutics, are synthetic drugs that can be designed to fit into certain pockets in proteins and stop them from functioning.

What makes HER2 such an important gene to target for cancer treatment?

HER2 is one of the most common oncogenes in human cancers, accounting for about 20% of breast cancers, 15% of gastric esophageal cancer and smaller percentages of many other types of cancer. In healthy cells, HER2 helps control cell growth and division and it plays a central role in the biology and behavior of many human cancers.

It is also one of the earliest oncogenes discovered in the 1980s and there has been decades of research on it and a lot of investment by the pharmaceutical industry. Indeed, HER2 has been one of the most pursued targets for drug development in cancer therapeutics history.

What did you discover about how HER2 behaves that makes it so challenging?

We know about a lot of oncogenes now. Most of these are activated through mutations in cancer cells, and many drugs have been developed to inactivate these oncogenes with tremendous success. For example, many types of lung cancers are treated highly effectively these days by drugs that inactivate their mutated oncogenes, and these drugs have replaced chemotherapy.

The oncogene HER2 has proven to be much more difficult to fully inactivate. What makes HER2 different than many similar oncogenes is that it is activated not by a mutation, but by its massive overexpression. The sheer abundance of HER2 protein in these cancer cells creates a type of abnormal environment in which the cell is prompted to behave erratically and proliferate too much. That’s a very different scenario than when proteins are mutated.

HER2 is a receptor protein that sits on the surface of cells. Half of it exposed on the outside of cells where it senses signals from the local environment, and half of it produces signals inside the cell. Like most other receptors, HER2 needs to bind with another receptor to function and generate a growth signal. It can bind with another HER2 or with its partner HER3, in a process we call dimerization.

We’ve thought for many years that we can disrupt dimerization by making antibodies that bind the outside part of HER2 or HER3, making it physically impossible for two receptors to get close to each other and start generating signals. Antibody drugs like Herceptin and Perjeta were developed to do this, but they do it very weakly. This difficulty has created a conundrum in the field, because we haven’t been able explain it given what we’ve known about the physical nature of these receptors positioned on the cell surface.

The problem is that our understanding of the function of these receptors is based on certain assumptions about their shape, their rigidity, and their three-dimensional configurations. We often depend on assumptions in science to move forward, but we also need to re-think and challenge our assumptions periodically so that we don’t move in the wrong direction.

In this study we have shown the naivete of our assumptions regarding the HER2 and HER3 receptors. They’re not the rigid steel-like structures that we thought them to be, and the surfaces of cancer cells aren’t the flat shape that we usually envision them to be. This understanding now finally explains why antibody drugs cannot stop HER2 and HER3 from functioning.

Where do these discoveries lead in terms of new treatments?

To answer that, we need to consider the two papers together. The first paper shows the futility of using antibody drugs that bind the outside of these receptors and corrects the dogma in the field regarding the receptors’ structures and shapes. The second paper focuses on the inside part of the receptors, and what we found is a much more promising path for future drug development.

The HER3 receptor in particular has been difficult to target. In this study we identify several structural features involving HER2 and HER3 that can form the basis for new targeted drugs in the future.