While most rural areas have a chronic shortage of physicians, there are indications that recruiting new doctors to rural jobs may not be as difficult as it used to be, according to a new survey by Jackson Physician Search and LocumTenens.com, a temporary physician staffing firm. 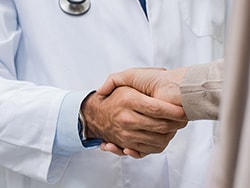 The survey of 1311 physicians and 169 administrators, as well as 158 advanced practice providers, found that 90% of urban and suburban physicians have some degree of openness to considering rural practice.

In addition, 72% of suburban and urban physicians said they’d consider a locum tenens assignment to “try out” a rural location. These include older doctors on the cusp of retirement and younger physicians who want to “knock around” a few practices before making a decision on where they want to practice, Tony Stajduhar, president of Jackson Physician Search, told Medscape Medical News.

Nearly 1 in 10 physicians who had moved to a rural practice cited COVID-19 as the reason, and Stajduhar says the pandemic has made a difference in how physicians think about practicing in a rural area.

With COVID-19 having hit major cities pretty hard, he notes, a lot of physicians are stressed out, and some are burnt out. “The pandemic has made people rethink what’s important and whether it’s all about living in a city and making a higher salary. Are there benefits to getting away where the pandemic isn’t going to hit you as hard because the population is more spread out?” Also, there’s a new emphasis on the need for work-life balance that may be easier to find in a rural area, he says.

What Doctors Are Looking For

What would persuade a suburban or urban physician to move to a rural location?

“Not surprisingly, higher compensation, bonuses and benefits ranks at the top of their five most important factors with 64% saying as much,” the report states. “Nearly half could be persuaded by the ability to work part-time or flexible hours (47%) and to achieve better work-life balance (46%). A strong organizational culture (33%) and an affordable cost of living (29%) round out the top five.”

Physicians already practicing in rural locations — who formed 25% of the physician sample — had a slightly different perspective on why they chose rural medicine. The top factors that drew physicians to rural practice are work-life balance (46%), higher compensation (44%), affordable cost of living (42%), more time with patients (28%), and schedule flexibility (27%).

A majority of rural hospital administrators (58%) said they thought the top attraction for doctors would be affordable cost of living, but this factor ranked fifth among urban and suburban doctors and third among rural physicians. Higher compensation scored fifth among administrators, vs first or second among doctors.

There is a relationship between the lower cost of living in rural areas and physician compensation, because money goes further in those regions. “Even if the salaries were the same, just being at par puts rural physicians in a better position, because the cost of living is lower in a remote area,” Stajduhar points out. “It costs a lot less to buy a home in rural Colorado than in Denver. But in many cases, rural hospitals know they have to pay a little more to get physicians to consider moving to their community.”

There’s a strong need for more physicians in rural areas, which have 20% of the people but only 10% of the doctors in the US, according to the news release for the report. However, the urge to serve these underserved people was not on the list of factors motivating doctors to seek rural employment.

“There are people out there who have that in their heart, to help people who desperately need help,” Stajduhar says. “But the things that jump to the top of the list of why doctors would consider rural practice are still compensation, flexibility, and work-life balance. Also, some doctors have the feeling that working in a rural area might give them a little more autonomy than working in a big healthcare system or a large group.”

The Importance of Autonomy

Rural administrators underestimate the importance of providing physician autonomy, the report says. Just 24% of them feel it’s the attribute of professional culture that most appeals to physicians. However, physicians rank it as the most important aspect of culture, regardless of their practice location.

Autonomy is hard to measure. But 28% of rural doctors said their choice of location was related to the ability to spend more time with patients. Physicians who work on a relative value unit treadmill in a big urban or suburban practice might envy that freedom. Only 15% of urban and suburban physicians, however, said this would be a factor inducing them to practice in a rural area.

The report notes that physicians more often assume a leadership or central role in rural facilities than in metropolitan hospitals. To Stajduhar, this is an aspect of autonomy that might win over some urban and suburban doctors. “That’s part of the attraction to a smaller community: you’re a bigger fish in a small pond. So you’re going to have the opportunity to impact the processes and procedures and have some say in what goes on in the medical community. To make your voice heard, it’s a lot harder when you’re one of 200 physicians, rather than one of three.”

On the other hand, he notes, the thinness of many rural medical staffs might be a turnoff, and physicians should ask about that when they consider a rural position.

“You should ask about the hospital’s finances and whether they’re in the black and what federal or state funding they get,” said Stajdahar. “Also, is my addition to this community the thing that’s going to keep this hospital open, or will they be fine if I don’t come? If you’re the only doctor in a 25-bed hospital, that’s a fair amount of pressure. So if it were me, I’d want to ask, ‘Can you afford to get more help? What happens when I take vacation or I need someone to take call?’ Because you can’t take call 24/7.”

The hospital should also make sure that the physician is the right “fit” for the community, he adds. The ideal candidate “should be someone who can sit down with you and spend time with their patients and wants to be part of the community and have a sense of belonging.” It won’t do if the doctor lives 45 minutes out of town and never sees anybody outside of work or commutes in from the nearest city, he adds.

The physicians who are looking at rural areas include baby boomers who plan to retire soon and may want to work part time. Why would a rural hospital consider hiring such a doctor?

“A baby boomer is probably accustomed to working 5 days a week and many hours,” Stujdahar replies. “So part time to them might be 3 days a week. Where I’ve got one or two doctors in community, these semiretired physicians can give more time to the fulltime doctors so they don’t get burned out. The older doctor feels fulfilled and can do what he or she wants to do. And that’s cheaper than hiring a locum tenens.”

Ken Terry is a healthcare journalist and author. His latest book is “Physician-Led Healthcare Reform: A New Approach to Medicare for All.”