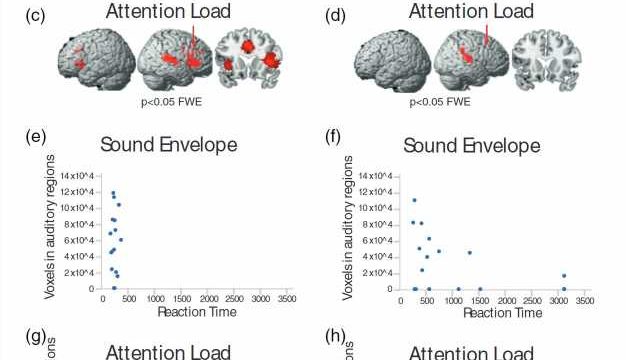 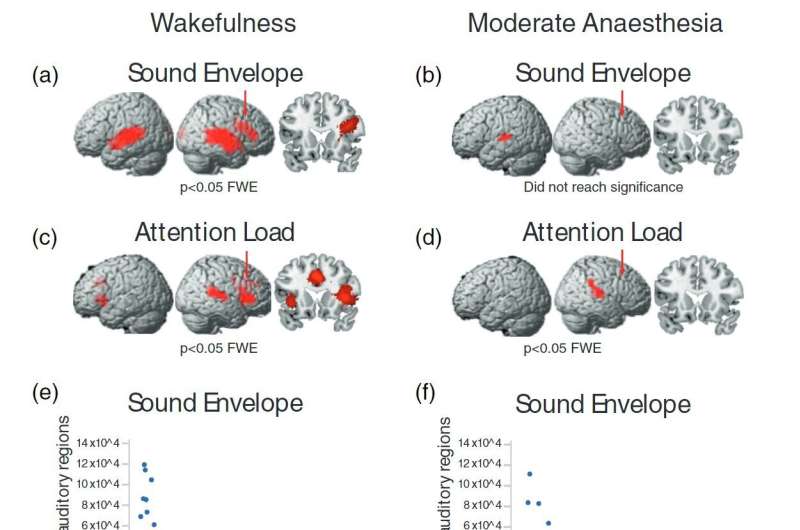 Brain structures which could predict an individual’s predisposition to accidental awareness under anesthetic have been identified for the first time by neuroscientists in Trinity College Dublin.

The findings, just published in the journal Human Brain Mapping, could help identify individuals who may require higher than average doses of anesthetic.

Although anesthesia has been used in clinical medicine for over 150 years, scientists do not fully understand why its effect on people is so varied. One in four patients presumed to be unconscious during general anesthesia may in fact have subjective experiences, such as dreaming, and in very rare cases (0.05–0.2%) individuals become accidentally aware during a medical procedure.

The research found that one in three participants were unaffected by moderate propofol sedation in their response times, thus thwarting a key aim of anesthesia—the suppression of behavioral responsiveness.

The research also showed, for the first time, that the participants who were resistant to anesthesia had fundamental differences in the function and structures of the fronto-parietal regions of the brain to those who remained fully unconscious. Crucially, these brain differences could be predicted prior to sedation.

Lorina Naci, Associate Professor of Psychology, Trinity and lead author on the paper said, “The detection of a person’s responsiveness to anesthesia prior to sedation has important implications for patient safety and well-being. Our results highlight new markers for improving the monitoring of awareness during clinical anesthesia. Although rare, accidental awareness during an operation can be very traumatic and lead to negative long-term health outcomes, such as post-traumatic stress disorder, as well as clinical depression or phobias.”

The research, conducted in Ireland and Canada, investigated 17 healthy individuals who were sedated with propofol, the most common clinical anesthetic agent. The participants’ response time to detect a simple sound was measured when they were awake and as they became sedated. Brain activity of 25 participants as they listened to a simple story in both states was also measured.