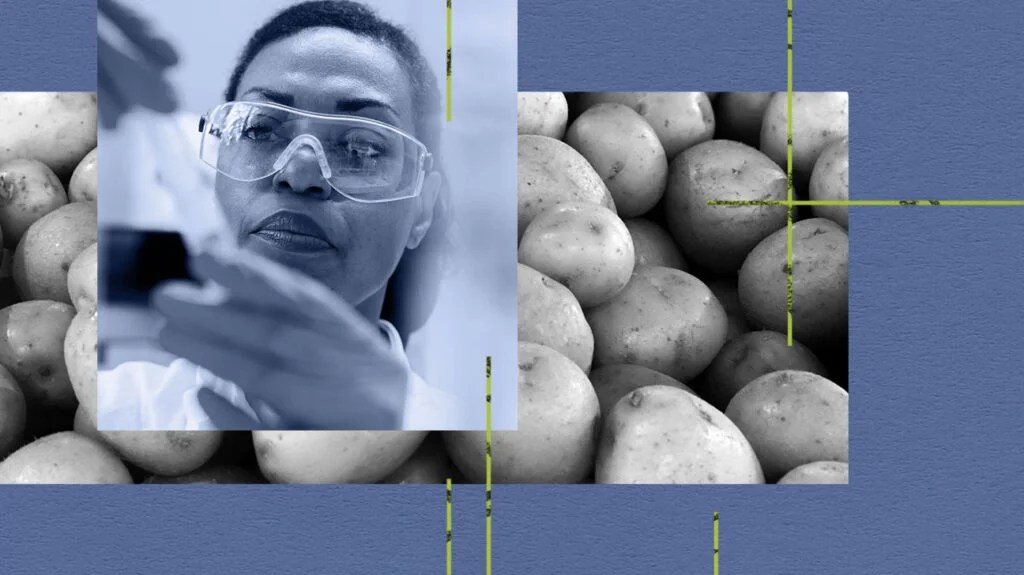 In a new study published in mBio, scientists in Europe discovered a new antibiotic called solanimycin. Not only does solanimycin target a fungus in humans that can cause infections, but it may be beneficial for treating certain plant fungi as well.

Research is in the preliminary stages, but the study authors hope that further clinical studies may lead to the antibiotic becoming used both in clinical and agricultural settings.

According to the Centers for Disease Control and Prevention (CDC), antibiotics are “medicines that fight infections caused by bacteria in humans and animals by either killing the bacteria or making it difficult for the bacteria to grow and multiply.”

By slowing down bacteria growth in the body with antibiotics, it becomes easier for the body’s immune system to attack the infection. While antibiotics are helpful with treating infections caused by bacteria or a fungus, they are not used to treat viruses.

Some antibiotics that are prescribed often include azithromycin, amoxicillin, penicillin, and cephalexin.

In addition to traditional antibiotics, there is another class called antifungal antibiotics, which target fungi. The National Library of Medicine notes that “[f]ungi are unicellular or multicellular eukaryotic organisms that exist in all environments worldwide.”

While there are millions of types of fungi, according to the CDC only a few hundred have a negative impact on humans. Some common fungal diseases include nail infections, eye infections, pneumocystis pneumonia, and vaginal candidiasis.

Typically fungal diseases are simple to treat, but occasionally they lead to more serious issues such as asthma, lung infections, and meningitis.

As Dr. Tom Chiller comments in The Fungus Among Us podcast, “[t]here are fungal diseases that can be invasive — in other words, they can get into our bodies either via the lung or via some other route and can get into our bloodstream, get into our organs, and really cause serious damage.”

Dr. Chiller is the chief of the Mycotic Diseases Branch of the CDC.

Just because an antibiotic is useful in treating bacteria or fungi does not mean it will be useful forever, as these pathogens can mutate and become resistant over time. This is the basis for the research that led to the study of solanimycin.

“The increasing emergence of drug-resistant fungal infections has necessitated a search for new compounds capable of combating fungal pathogens of plants, animals, and humans,” write the study authors.

Researchers first discovered the bacterium Dickeya solani on tomatoes in 2005–2006. Subsequent research showed that it is more commonly found in potato plants.

The bacterium causes disease in plants that can slow down plant growth or even kill them, so it can be a major threat to crops.

The researchers continued studying D. solani over the years and noticed some changes. The authors noted that some mutations lost some properties, “but still retained strong activity against several plant-pathogenic fungi.”

Based on that realization, the researchers suspected that they might be able to find another antibiotic. After studying the D. solani genome, they discovered the antifungal antibiotic they named solanimycin.

The study authors were primarily interested in how solanimycin works against plant fungi and learned that it was “active against around 70%” of the plant fungi they tested.

Additionally, they learned that solanimycin is effective in treating Candida albicans.

Candida is found both inside people’s bodies and on their skin. Whenever there is an overgrowth, this can lead to infections.

The most common Candida infections include urinary infections, genital infections, and oral thrush. According to the CDC, Candida can also cause the lung infection Valley fever, and histoplasmosis.

While there are antifungal antibiotics available, solanimycin could potentially add to the tools available to treat infections.

While most people with infections caused by Candida should recover without issue, some people have more difficulty with these infections. People with weakened immune systems are at a higher risk for infections in general and have a more difficult time fighting them off.

People with cancer or HIV or people who take medications that lower the immune system can develop life-threatening illnesses stemming from these infections and could benefit from the discovery of a new antibiotic.

“We have to be open to the exploration of everything that’s out there to find new antibiotics,” says study co-author Dr. Miguel Matilla.

Dr. Matilla is a molecular microbiologist at Zaidín Experimental Station in Granada, Spain.

“Fungal infections represent a major clinical, agricultural, and food security threat worldwide, which is accentuated due to the difficult treatment of these infections,” write the authors.

What do other experts think?

Dr. Paul Peak spoke to Medical News Today about the discovery of solanimycin.

“Overall, it’s encouraging to read the research done involving the novel antifungal, solanimycin,” commented Dr. Peak. “Even though it’s too early to know the clinical impact, the fact that solanimycin was active against Candida albicans — the most common source of fungal infections in humans — is a positive sign.”

Dr. Peak is the vice president of the Clinical Pharmacy program for Sedgwick, a healthcare claims company based in Memphis, TN.

Dr. Peak went on to elaborate on the importance of continuing such research:

“The fact that this discovery originated in a pathogen that impacts potatoes may mean that there are other similar discoveries waiting to be found.”

“A lot of focus on drug resistance has historically been centered around antibiotics, so it is good to see that science is also discovering new potential treatments for fungal infections. Hopefully, this will bring more attention to the fact that antifungal resistance is an increasing threat as well,” he added.