I could already hear the heavy, stage sighs and see eyes roll when I first heard about broccoli lattes maybe becoming a thing.

In response to a report on The Project about these coffees, punters on Twitter were quick to call it "too far", a way to "ruin good coffee with vegetables", and a sign that Melbourne has reached "peak hipster".

And sure, it's true we've been battered with weird food trends throughout this whole decade and spurious claims of new super foods. We've had turmeric lattes, spirulina lattes, matcha lattes, live algae drinks, and so on. But it's different this time. 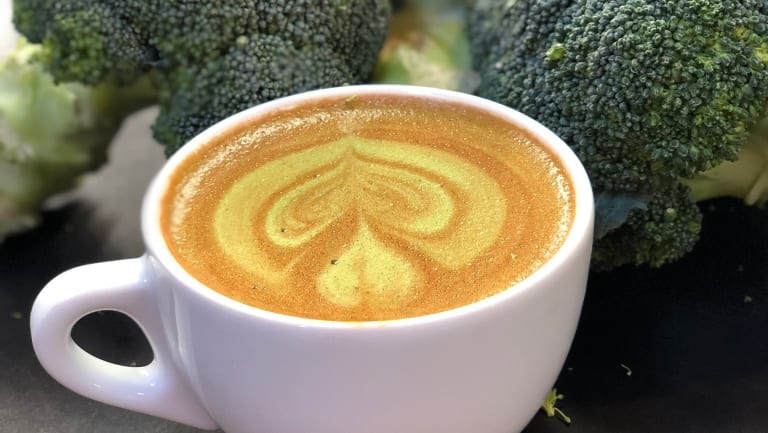 Hort Innovation and the CSIRO have developed a powder made from imperfect-looking broccoli that would have previously been wasted.

Australia's national science agency, the CSIRO, along with Hort Innovations, have developed a powder that's made from imperfect broccoli. The powder can be added to all kinds of food and beverages – soups, baked goods, smoothies, and also coffee – and it retains the flavour, colour, and nutritional content of fresh broccoli. 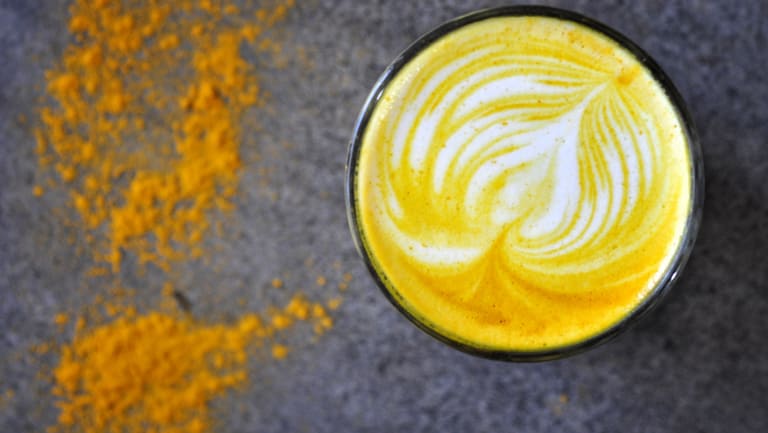 The development is remarkable. One third of the food produced for human consumption never actually makes it to our plates, according to the UN Food and Agriculture Organisation. One of the reasons why we waste vegetables like broccoli is because many individual specimens are ugly – they're misshapen or wonky, they don't look like a textbook image of broccoli. People accordingly don't buy them and supermarkets don't stock them, even though the quality is the same as the more beautiful broccoli. This powder repurposes nutrient-packed broccoli, proving that you don't need to be pretty to be useful.

The other issue, which a press release from Hort Innovations points out, is that just because our food culture is obsessed with superfoods it doesn't mean that we're actually eating them. ABS health survey figures show that the average Australian does not eat the recommended amount of vegetables each day. Sneaking a serving into your morning latte – which you would have anyway – could be an easy way to up your intake.

So, it's all good, it's ethical and nutritious. Taste, of course, is another matter. Although this powder is not yet commercially available, Commonfolk, a cafe in Mornington, has been the pioneer of developing the broccoli latte. They've tried all kinds of mixtures and techniques and found one they prefer (mixing the powder in with the steamed milk, or the alternative option of dusting it on the top of cappuccinos instead of chocolate powder). Apparently, these coffees pretty much taste like broccoli. This is fine if you like broccoli. It's difficult to find pictures or video footage of anyone actually drinking one without pulling a face. But then again, tasting gross didn't stop a lot of other food trends from becoming a thing.

Erin Stewart is an Age columnist.