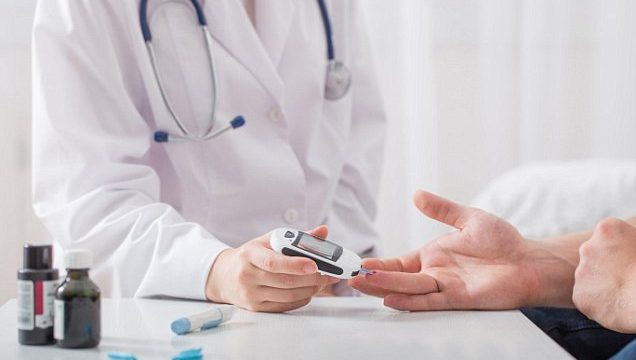 Developing type 2 diabetes in middle age may be an early sign of pancreatic cancer, researchers warn

Developing type 2 diabetes in middle age may be a sign of pancreatic cancer, according to research.

Having diabetes is known to approximately double the risk of pancreatic cancer, but the new study suggests if you are diagnosed with type 2 after the age of 50, it may be a sign you already have the deadly disease.

More than half – 52.3 per cent – of pancreatic cancer cases among diabetics are in those who have been diagnosed less than three years before their cancer diagnosis.

Researchers suggest in some cases diabetes may be caused by the cancer, and could act as an early warning sign for the killer disease.

The University of Southern California team did not speculate as to why the condition could be a sign of pancreatic cancer – and said their study just delved into the link between the two.

Around 3.6 million people in the UK have diabetes, and 90 per cent of cases are type 2, which is often linked to being overweight or inactive.

Pancreatic cancer affects around 9,600 people a year and fewer than one in ten people survive for five years after their diagnosis. 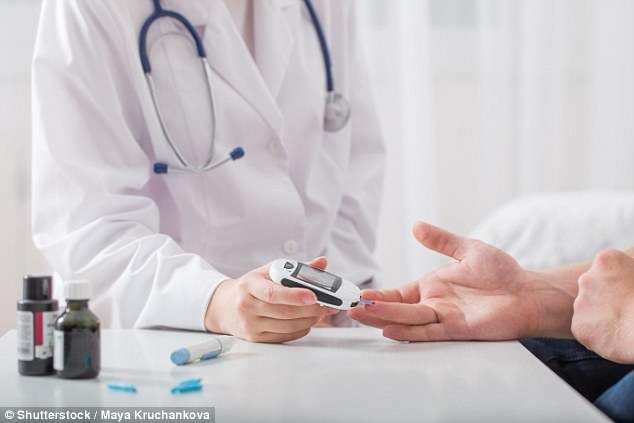 Almost half of all new pancreatic cancer cases are diagnosed in people over 75, and it is uncommon in people under 40.

Yet in the past decade pancreatic cancer rates have increased and it has a poor survival rate as around 80 per cent of cases are diagnosed at a late stage.

The scientists found 16.4 per cent of people diagnosed with pancreatic cancer have diabetes that was diagnosed within the last three years.

WHAT IS PANCREATIC CANCER?

Pancreatic cancer is one of the most lethal forms of the disease.

Around 95 percent of people who contract it die from it.

It is the fourth-leading killer in the United States.

WHAT IS THE CAUSE?

It is caused by the abnormal and uncontrolled growth of cells in the pancreas – a large gland in the digestive system.

WHO HAS THE HIGHEST RISK?

Around half of all new cases occur in people aged 75 or older.

One in 10 cases are attributed to genetics.

Other causes include age, smoking and other health conditions, including diabetes.

WHY IS IT SO LETHAL?

There is no screening method for pancreatic cancer.

Pancreatic cancer typically does not show symptoms in the early stages, when it would be more manageable.

Sufferers tend to start developing the tell-tale signs – jaundice and abdominal pain – around stage 3 or 4, when it has likely already spread to other organs.

WHAT ARE THE TREATMENT OPTIONS?

The only effective treatment is removal of the pancreas.

This proves largely ineffective for those whose cancer has spread to other organs.

In those cases, palliative care is advised to ease their pain at the end of their life.

Previous studies found there was a twofold higher risk of developing pancreatic cancer among diabetes patients.

Those with an African or South American heritage have a 2.3 times higher risk.

‘This striking relationship [with] recent-onset diabetes is unique to pancreatic cancer, and is not seen in breast, prostate and colorectal cancer,’ said one of the paper’s authors, Dr Wendy Setiawan.

‘Our findings strongly support the hypothesis that recent-onset diabetes is a consequence of pancreatic cancer and that long-standing diabetes is a risk factor for this cancer.’

Findings could lead to earlier diagnosis of killer disease

The scientists suggest those patients with both conditions could be studied more closely to find other early warning signs for the deadly cancer, which often goes unnoticed until it is too late for lifesaving treatment.

They may also be targeted for development of the tests that are needed for earlier diagnosis.

Dr Setiawan said: ‘Because most people with pancreatic cancer are diagnosed at a late stage, the five-year survival rate is low – about 8 per cent.

‘Identifying people who are at high risk early on could potentially save their lives.

‘Importantly, here we show that the association of recent-onset diabetes with pancreatic cancer is observed in African Americans and Latinos, two understudied minority populations.’

During an average follow-up of 14 years, 128 of the people diagnosed with diabetes developed pancreatic cancer.

The study was published in the Journal of the National Cancer Institute, published by Oxford University Press.