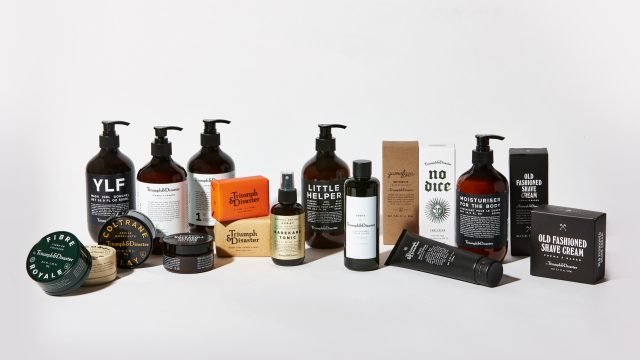 New Zealander Dion Nash was on the hunt for a new career after retiring from the international cricket scene. Cognizant of the damage from exposure to the sun, Nash started using moisturizer after hearing Rod Stewart credit Olay for his youthful appearance.He noticed an absence of skin care packaged for a unisex audience and seized the opportunity to create his own in 2011. “I thought that men’s was lacking in ingredients and design compared to those catered to women. I wanted to make something that would appeal to both,” Nash said. Borrowing a Rudyard Kipling poem, he named his brand Triumph & Disaster.The collection has been generating buzz in America and is now stocked by Nordstrom, ulta.com, Ricky’s and select salons.To further distinguish the lineup, he harnessed the benefits of indigenous ingredients favored by the local Māori people. “We’ve done a lot to make products that are local and unique, but natural and effective,” said Nash, adding researchers have come from around the world to study the local ingredients. From five original items he’s broadened the assortment to 24 stockkeeping units featuring ingredients such as Ponga Fern, Horopito, Sea Beet, Kaolin, Kawakawa Oil, green clay and volcanic ash. Prices range from $12 to $75.The message is centered on wellness and rituals “small improvements every day rather than needles and pills,” Nash explained. The bestsellers are the Rock & Roll Face Scrub and the Gameface Moisturizer. The newest launches are KareKare Hair Tonic, Fibre Royale and Logic Toner. The latter received a shout out from a powerful voice when Kim Kardashian posted about the benefits of witch hazel (a favorite of her grandmother) and singled out the Logic Toner.Nash is bullish on physical store distribution which allows the opportunity to tell the background of the brand. “There are wonderful stories behind each ingredient,” he said. Next up is an eye serum and a heavy-duty hand cream along with plans to extend distribution in the U.S.