A study found that men with higher levels of childhood stress had lower levels of sperm microRNAs, molecules that regulate certain genes. 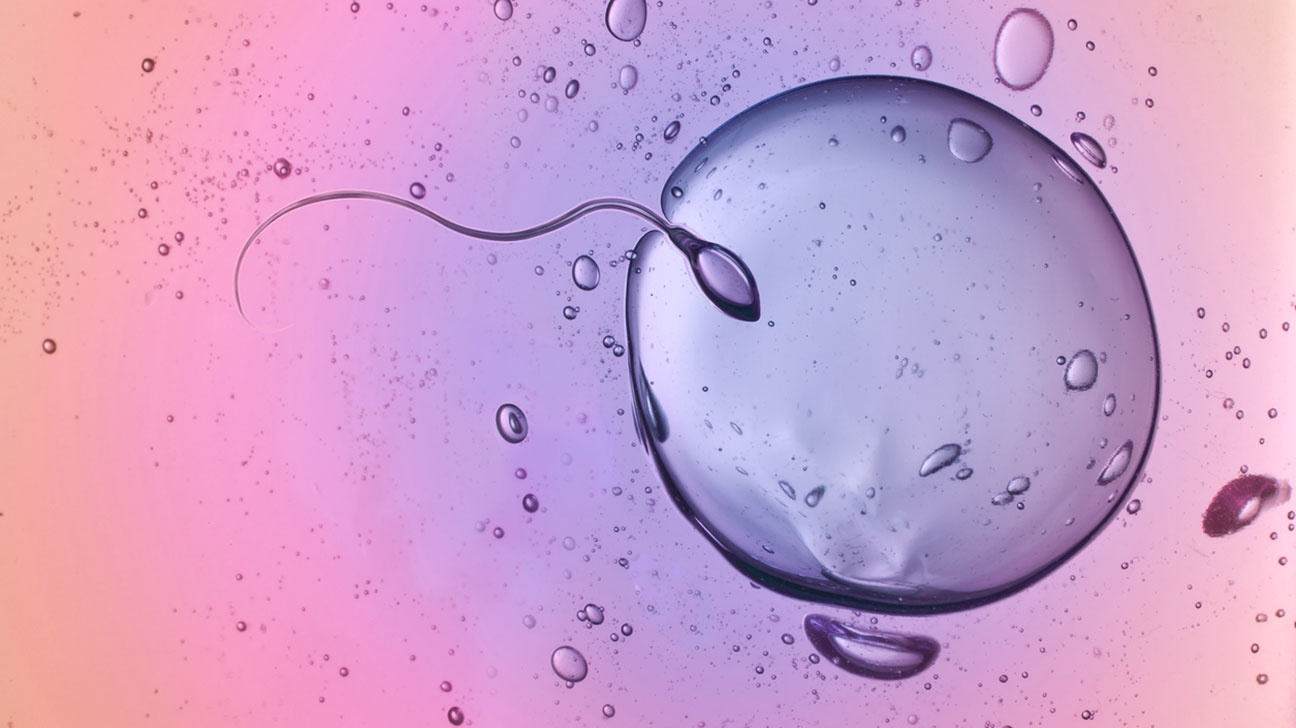 When a relationship enters the “let’s start a family” phase, men may think about losing weight, exercising, and doing all those other activities known to boost sperm health.

However, recent research suggests that what happens much earlier in a man’s life also matters — for his sperm, and possibly for his children.

In a new study, researchers found that stress during childhood affected men’s sperm decades later. In mice, the effects of these kinds of changes showed up in both the offspring and the next generation, the “grandmice.”

In the study, a team led by researchers at Tufts University measured the level of two types of sperm microRNAs (miRNAs) in 28 adult white men.

They found that the levels of these miRNAs were lower in men who scored higher on a questionnaire used to assess exposure to abuse and trauma in childhood.

MiRNAs are small molecules that regulate genes. Each miRNA controls a specific set of genes. These molecules don’t alter the DNA sequence in cells, but they do control which genes are active and when.

To assess childhood stress, researchers used the Adverse Childhood Experiences (ACE) questionnaire. It includes 10 questions about stressful experiences until the age of 18, such as physical, verbal, or sexual abuse, and physical or emotional neglect.

An earlier study by researchers at the Centers for Disease Control and Prevention and Kaiser Permanente found that higher ACE scores were linked to a greater risk of poor physical and mental health later in life, along with negative social consequences.

The current study was published May 23 in the journal Translational Psychiatry.

Previous studies have found that other environmental factors affect the expression of sperm miRNAs, including smoking and obesity. This is the first study to look at the effect of stress on sperm miRNAs.

Doctors have known for a long time that stress can make it difficult for couples to conceive. Traditionally, it was thought that stress interfered with ovulation — the release of the egg — in women.

This study shows how stress can affect both men and women.

“More recently, studies such as the current one by Dickson and colleagues, show that there can be an effect on sperm as well and, remarkably, that stress can have long-term effects,” said Dr. Zev Williams, chief of the division of reproductive endocrinology and infertility and associate professor of obstetrics and gynecology at Columbia University Medical Center in New York City.

Until recently, scientists thought that sperm only contributed DNA to the mother’s egg during fertilization. But research in mice indicates that sperm also contribute miRNAs.

These could potentially affect the development of the embryo and even the generation after that — all without changing the actual DNA sequence.

In the mouse part of the study, researchers found that the effects of early life stress are passed onto not only the offspring, but also to the third generation.

To simulate high ACE scores in male mice, researchers exposed them to social instability stress early in their lives. As adults, these males developed anxiety and sociability problems — similar to poor mental health in adulthood seen in people who experienced severe stress as a child.

These effects were also seen in the female “grandchildren” of male mice who were stressed early in life. On top of that, the male offspring of the original mice also had lower levels of the two sperm miRNAs.

So, what do these two miRNAs do?

In mice, they’re involved in the development of the brain and sperm. In people, one miRNA has been implicated in early embryo development and how the body handles stress.

Other studies have found that lower levels of these types of miRNAs are also linked to reduced sperm quality and fertility in men.

It’s not clear why stress affects sperm miRNAs in this way, but Williams suggests that it may be a survival mechanism from the early days of humans. In those days, one of the main sources of stress was not having enough food or nutrition.

“It makes sense that if the body sensed that it was under severe stress,” Williams said, “it would try to avoid pregnancy until that stress was resolved.”

Today, most people in the United States get adequate calories, but other types of stress may trigger the same kinds of survival responses.

“The body cannot differentiate between types of stress,” Williams said. “So today, when we experience a very different nature of stress, the body may still sense that stress and respond by blocking pregnancy from occurring.”

This could provide a mechanism for why sperm counts have been dropping in recent decades.

“As fertility specialists, we have observed a decline in sperm parameters in recent years. In parallel, stress level — as reported by different studies — seems to be on the rise, given the Western lifestyle and demanding work environment,” said Dr. Tomer Singer, director of reproductive endocrinology and infertility at Lenox Hill Hospital in New York City.

One 2017 study found that sperm counts among men in many areas of the world halved over the past 40 years.

Many factors, however, contribute to sperm health. So more research is needed to know if the miRNAs play a role in people.

More research is also needed to know if men exposed to stress as children can pass on the lowered miRNA levels to their children and grandchildren.

“The link between the two — stress and sperm quality — may in fact exist, but require careful assessment in order to rule out bias or confounders which may affect both,” Singer said.

Some other studies suggest that mental illness — which may result from childhood trauma or stress — could be passed onto children.

In recent years, many researchers have been looking for biological mechanisms behind this kind of transgenerational “cycle of trauma.” Not everyone, though, agrees that trauma can be inherited.

The current study doesn’t address this question. It was focused on the effects of childhood stress in men on sperm miRNA levels later in life. The study also has some limitations that need to be addressed in future studies.

One problem is that the ACE questionnaire may not accurately capture childhood stress, either because respondents don’t answer the questions honestly or they were affected by stressors not covered by the questions, such as bullying.

The researchers are already planning a larger follow-up study that includes more men. This study will also ask about their current psychiatric state, which might affect sperm miRNA levels.

Much research, though, shows that stress can be harmful to your physical and mental health. So it’s a good idea to address that sooner than later — whether it’s childhood stress or something more recent.