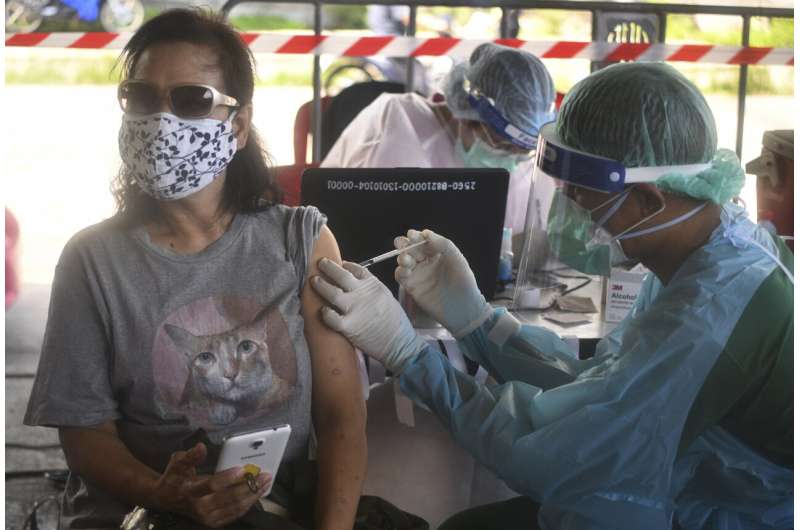 Health authorities in Thailand said Monday they have confirmed the country’s first cases of the Indian variant of the coronavirus, in a Thai woman and her 4-year-old son who have been in state quarantine since arriving from Pakistan.

The finding comes as Thailand battles a new wave of the coronavirus that began at the beginning of April, originating in upmarket entertainment venues in Bangkok and spawning clusters in several crowded slum communities. Many of the recent cases involve the British variant of the virus, which is more infectious than the original form found last year.

Thailand banned travelers from India, other than Thai citizens, starting on May 1 in response to a massive outbreak of COVID-19 cases in the South Asian nation that began in early April. India has reported more than 22.6 million infections, second only to the United States, and more than 246,000 deaths. Both figures are widely believed to be undercounts.

Thailand extended the entry ban to foreigners visiting from Pakistan, Bangladesh and Nepal on Monday in an effort to keep the Indian variant from spreading, Thai Foreign Ministry spokesperson Tanee Sangrat said.

Apisamai Srirangsan, a deputy spokesperson for the government’s Center for COVID-19 Situation Administration, said separately that Thai authorities are also worried about people who cross into Thailand illegally, mostly from neighboring Cambodia and Myanmar. 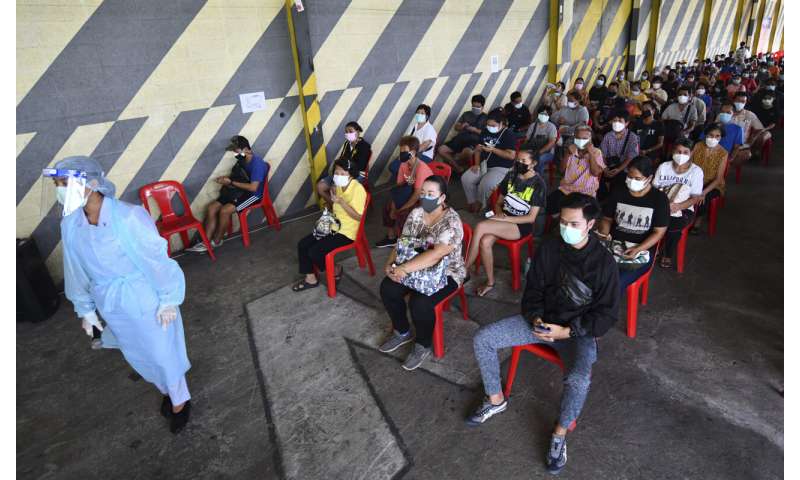 Apisamai said the Indian variant was found in a pregnant 42-year-old woman who arrived on April 24 with three sons. She and her 4-year-old were staying in the same room under state quarantine. The two other sons, ages 6 and 8, stayed in another room and tested negative.

Thailand on Monday announced 1,630 new cases, bringing its confirmed total to 85,005 since the pandemic began. There were 22 new deaths, for a total of 421.

About one-third of the reported cases in the latest wave were found in Bangkok, where daily increases have declined to 565 on Monday from 980 on Sunday and a record 1,112 on Saturday.

New clusters continue to be discovered in Bangkok, not only in crowded communities, but also at markets and department stores.

Other clusters have been found among migrant workers at factories in two provinces near Bangkok.