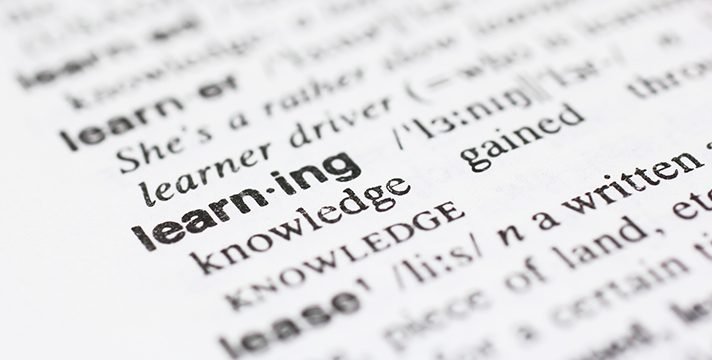 Mercy, the St. Louis-based health system, is a longtime Epic client, having been on the system since 2008. But experienced proficiency with the electronic health record didn't necessarily mean they were getting the most out of it.

When it comes to harvesting data for clinical analytics, "there are a lot of things locked in the notes that we're just not able to get to," said Kerry Bommarito, manager of data science at Mercy.

Lots of information documented in the EHR – lists of specific symptoms, diagnoses derived from echocardiogram reports, certain benchmarking classifications – can offer valuable insights but aren't easily able to be accessed and analyzed.

For the past seven years or so, Mercy has been using natural language processing technology from Linguamatics to wring out lots of previously inaccessible data from clinical notes for its cardiac patients.

As part of a collaboration agreement with Medtronic, Mercy mines EHR data to evaluate heart failure device performance – letting the manufacturer know how to improve its implantable products and helping Mercy's own clinicians make better data-driven decisions on treatment.

Linguamatics' NLP technology has helped Mercy to extract key cardiology measures – ejection fraction measurement; symptoms such as shortness of breath, fatigue and palpitations; New York Heart Association classifications – and analyze them as easily as if they were discrete data sets.

Being able to make better use of the information gleaned from provider narratives is helping Mercy gaining big insights into how CRT devices can help its cardiac patients. And it hopes to put the NLP software to work on an array of other projects to help optimize its workflows and improve quality and outcomes.

"We knew we needed a tool to get elements we needed to really assess the degree of heart failure in these patients," said Bommarito.

For instance, ejection fraction – a measurement of the percentage of blood leaving your heart each time it contracts – is found in echocardiogram reports and not in the EHR's discrete fields. And symptoms such as dyspnea and dizziness often "aren't coded with diagnosis codes because they don't affect reimbursement," she explained.

The NLP software helps Mercy unlock those pieces from the clinical notes, helping that "Metronic classify these patients and also helping us use them for our own benefit to see the progression of heart failure, how symptoms change over time."

Linguamatics offers features that make the job of mining that data and making sense of it a bit easier, said Bommarito.

"One of the biggest benefits for us was availability of their medical ontology libraries," she explained. "Instead of us having to sit here and try to come up with every single way a doctor could have said 'shortness of breath' in a note, they have these libraries: We can start our queries with the libraries, do some validation and maybe alter the query a bit so it's more tailored to the Mercy system. It's been a real time-saver.

For example, over the years, physician's preferred wording of certain symptoms might change, or documentation practices may evolve. The system is able to help account for that.

"When we do our validation on this – we're validating data for every year that we're pulling – and there are things we've noticed that were standard ways of saying things internally in 2012 that had changed a couple years later. For instance, a cardiac measurement called QRS, they changed it to QRSd. It's all about making sure you're crafting your query and making sure it evolves with the way linguistic patterns have over time."

"Our patterns of behavior and how we've used the Epic system have changed over time, as has the system itself and the technology," said Mark Dunham, director of data engineering and analytics at Mercy.

"Over the years we've added additional modules, they've come out with new features, we've upgraded, we've changed workflows," he said. But smart use of the NLP software has helped smooth over those differences and enabled the gathering of consistent data across nearly a decade's worth of record.

And it's a lot of data. The "sheer volume" meant Mercy had to "move it off of our local database and onto our Hadoop platform so we could process it a little more efficiently and feed it to the Linguamatics system," said Dunham.

But the hard work has been worth it.

"We're able to see how patients progress over time, we can see if certain treatments affect the result," said Bommarito. "If their results decline, we can see: What kind of medication are they on? Are we putting a cardiac device in them to improve their results? We're able to get at that progression of disease in the patient population and see if there are factors that affect it, or could improve it."

The Medtronic cardiac study is still ongoing, but Mercy is already planning to expand its use of NLP to other areas across the health system.

"Internally, some of the things we want to do with this are focused on physician fatigue and documentation – using NLP to help ease that," said Bommarito.

"We've talked to our primary care folks: 'Is there something we can do to help lessen the burden on pre-visit summaries, with chart reviews? Proficiencies and productivity we could gain?'" said Dunham. "There's myriad other things we can do – now it's up to us to see how we can bring this to other projects."

"Notes data has been perceived as a data desert," he said. "There's been a perceived value there, but it has always felt like there was a lot of data trapped in these notes but we weren't sure how to access it."

This cardiac project has "really opened our eyes to many possibilities as to what we can find in the note and how can it supplement what's documented there discretely," he added. "Are there opportunities to find things that could have been documented discretely and were not? And could we push them back and color in around the edges where we could get better-quality data? We're just scratching the surface of what we can do with this."