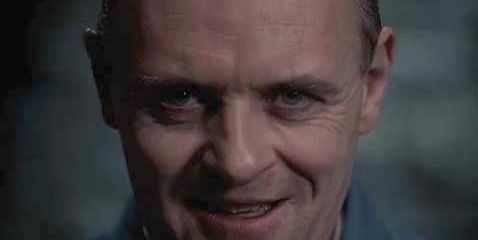 Washington, D.C., may be known for its countless politicians, but a new study says our nation’s capital also houses the most psychopaths in the United States.

Published in the Social Science Research Network, a new paper ranked the 48 continental states and District of Columbia by the degree of psychopathic personality traits found in the residents of each state. Using data from personality surveys conducted nationally in 2013, researchers determined that Washington, D.C., has the most psychopaths, while West Virginia has the fewest.

According to the study author, this isn’t entirely surprising, given that people with psychopathic personalities tend to enjoy politics, Newsweek reported.

Here’s the full list, ranked from most to least psychopathic states:

How was the study conducted?

Ryan Murphy, professor at Southern Methodist University and study author, first looked at surveys conducted in 2013 that determined the levels of agreeableness, extraversion, openness, conscientiousness, and neuroticism exhibited by residents in each state. Collectively, these attributes are known as the “Big Five” traits that make up our personalities.

Scientists already know that psychopathy is linked to disinhibition, boldness, and meanness, but an unreleased study says these characteristics can be translated into the big five traits, Quartz reported.

Taking this research into consideration, Murphy ranked each state for psychopathy.

It’s important to note that this study has not been fully peer reviewed, meaning outside researchers haven’t weighed in on whether the science behind Murphy’s findings are legitimate.

What is a psychopath, anyway?

There is no precise definition on psychopathy. As Business Insider reported, psychopathy is not listed as a personality disorder in the Diagnostic and Statistical Manual of Mental Disorders (DSM-5), a guide used by medical professionals to diagnose mental health conditions. However, psychopaths are lumped under antisocial personality disorder, which is exhibited by a lack of remorse or empathy for others.

Studies have shown that psychopaths have a different brain composition compared to others, according to Scientific American. Notably, the area regulating behavior and impulse control — known as the prefrontal cortex — is smaller, and the amygdala, which manages emotions like guilt and sadness, is deformed.

Although psychopaths are often depicted as cold, heartless murderers in TV shows and movies, research has shown that not all psychopaths are criminals. However, psychopaths with a violent past are four times more likely to act violently in the future.

Thankfully you don’t have to worry too much about living next door to a psychopath. Estimates show they only make up about 0.6% to 4% of the population, reported Scientific American.