Talk about gains. Actor Liam’s Hemsworth recently stepped out in Los Angeles looking positively jacked, and fans are taking notice of the seemingly causal pictures. The paparazzi photos of Hemsworth’s buff body have even left many people to claiming that The Hunger Games star could take on Thor in an epic battle. Now how’s that for some sibling rivalry?

In the first week of February, photos of Hemsworth (and his muscular physique) began circulating on the internet after the actor left a Beverly Hills workout in an innocent white tank top. But the shirt showed off the actor’s growing biceps, which certainly have been pumping some extra weight as of late. This is probably the most jacked you’ve ever seen Hemsworth—and the massive gains undoubtably suit him. 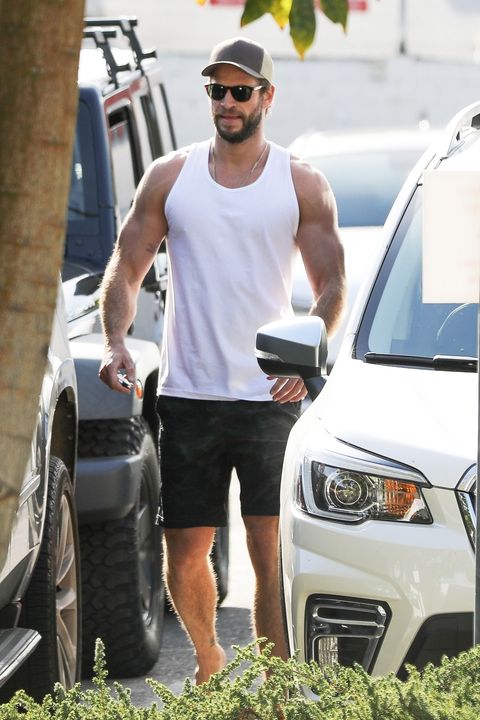 The muscle-baring photos have even lead some to say Liam’s growing muscles may be rivaling that of his equally ripped brother, Chris Hemsworth. Well, it looks like Thor may have some catching up to do. Even superheroes can use brotherly gym motivation every now and again.

It’s not known if the 30-year-old actor is putting in extra time at the gym for a new role or for personal gains. Some have even pointed out that Hemsworth appeared significantly less jacked under a month ago when frolicking in Byron Bay, meaning the gym payoff has been swift. No matter the motivation, Hemsworth is certainly moving toward whatever goals he has in mind.