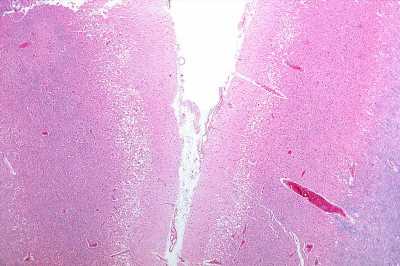 According to new research, about one third of people who had a large vessel (severe) ischemic stroke, treated with mechanical clot removal, resumed work three months after stroke treatment. However, women were about half as likely to return to work after a severe stroke compared to men, according to the study published today in Stroke.

A stroke due to a blockage in a large blood vessel is an indicator of a severe stroke and the potential for continuing loss of function, which makes it less likely people will return to work. According to the American Heart Association, while ischemic stroke accounts for 87% of strokes in the United States, large vessel occlusions only account for approximately 24%—46% of ischemic strokes.

Endovascular therapy (mechanical clot removal) and clot-busting medications are now a standard treatment for select patients with severe stroke. Endovascular therapy involves threading a slim catheter through a vessel in the leg to mechanically remove a clot blocking a brain vessel. In 2018, the American Heart Association stroke treatment guidelines were updated to recommend mechanical clot removal for select stroke patients to improve the odds of functional recovery.

“Returning to work after a severe stroke is a sign of successful rehabilitation. Resuming pre-stroke levels of daily living and activities is highly associated with a better quality of life,” said Marianne Hahn, M.D., lead study author and a clinician scientist in the department of neurology at Johannes Gutenberg University in Mainz, Germany. “In contrast to most return-to-work studies, we included a large cohort of only people treated with mechanical clot removal; they are a subgroup of stroke patients at high risk for severe, persisting deficits.”

Researchers examined data from the German Stroke Registry—Endovascular Treatment Study Group. The analysis included more than 600 men and women (28% women), ages 18- to 64-years-old who had a large vessel ischemic stroke between 2015 and 2019.

Researchers compared the people who returned to work 90 days after being treated with mechanical thrombectomy to those who did not resume work. After accounting for age, sex, health conditions, type and severity of stroke, and treatment characteristics, the analysis found:

“After examining the data further, we also found that women in our cohort were younger at the time of their stroke, were more likely to be non-smokers and were more likely to have no existing significant disability when discharged from the hospital compared to the men in our study. Despite having more of these favorable characteristics for return to work, we did not observe a higher re-employment rate among women before considering these differences,” Hahn said.

The researchers noted further study is needed to explain the discrepancy between men and women re-entering the workforce after a major stroke. More intensive and supportive vocational rehabilitation programs may be valuable to help women return to work.

“There is more to re-employment after mechanical thrombectomy than functional outcomes,” Hahn said. “Targeted vocational and workplace rehabilitation interventions have been shown to improve rates of return to work. And previous studies have also found that returning to work is associated with increased well-being, self-esteem and life satisfaction.”

The study authors believe their findings may be transferable to other countries with similar health care and rehabilitation systems. However, confirmation and in-depth analyses of national policies are necessary to explain the observation since there may be differences, such as social services and benefits, which have been shown to influence return to work.

The study was limited in that the data lacked detailed information about types of jobs and available employment opportunities. The German Stroke Registry does not include social determinants of health, and whether an individual was re-employed at the same job or working full- or part-time. Researchers noted these limitations may help explain and play a role in whether people returned to work after a severe stroke.