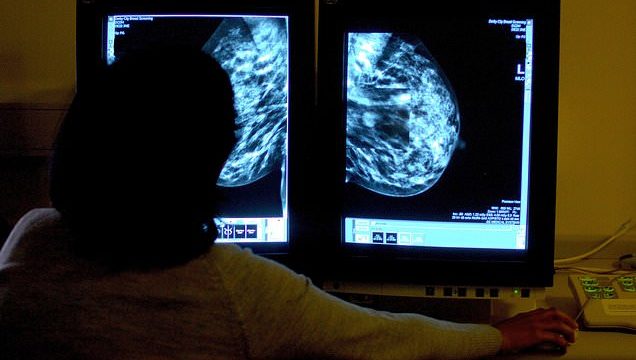 Dame Lesley Regan said the current system of screening women aged 50 to 70 once every three years was ‘not based on scientific evidence’.

The UK’s breast screening programme has the longest gap between screens in the world.

In the US it is every one or two years and in Europe every two years. 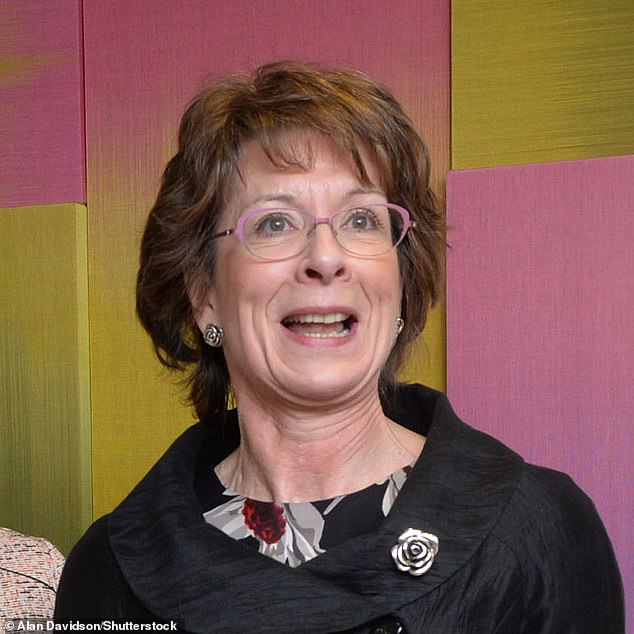 Dame Lesley, who is also a professor of obstetrics and gynaecology at Imperial College, London, claimed the decision to give women mammograms once every three years had been based on available budgets at the time screening was introduced in the late 1980s — but more recent studies showed yearly checks would save lives.

‘If [someone] has a mammogram which is reported as normal today and she developed, for example, a precancerous lesion next month, she will then be waiting [until her next check], when it may well have become invasive, in the belief that she’s fine,’ she told the launch of the Hologic Global Women’s Health Index in London yesterday.

‘If you have yearly mammography – and I appreciate that’s an expensive resource – there are very good studies demonstrating how many lives you save.’

Dame Lesley said very early onset or pre-cancerous lesions, which can be detected by screening, were curable. 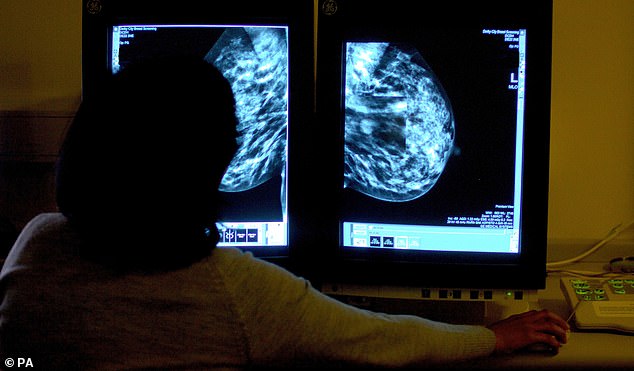 The UK’s breast screening programme has the longest gap between screens in the world. In the US it is every one or two years and in Europe every two years

League table shame of UK women’s healthcare: We languish behind Saudi Arabia in global list… and treatments are on a par with Kazakhstan 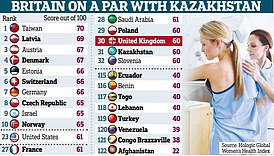 She revealed she had personally experienced ‘several instances’ of such lesions but was now confident she would ‘die of something else’ because they had been detected in good time.

The NHS needed to be ‘much more innovative’ in order to tackle breast cancer, such as using artificial intelligence (AI) technology to read mammograms as there was a chronic shorting of radiologists, she said.

‘I really do think it’s shameful that women are getting cervical cancer in this day and age… Cervical cancer is a preventable disease. We have a vaccine, which is incredibly effective, and we have a screening programme which we led the world on,’ she said.

‘The sadness, I think, is in the fact that we now have the lowest uptake of screenings for the last 20 years.

‘And that is really a problem that translates into a very large number of advanced cancers by 2040 – which is not that far away.’

While Government data shows uptake of the HPV vaccine, which prevents cervical cancer, dropped by 7 per cent in girls and 8.7 per cent in boys in 2021/22 compared with the previous year.

Studies have shown 15 per cent of women put off attending cervical screening appointments because they cannot take time off work.

Which women are eligible for breast cancer screening? And how does it work? Everything you need to know

What is breast cancer screening?

Screening is a procedure which allows doctors to catch breast cancer while it is still in its infancy and therefore easier to treat.

It involves an X-ray test – known as a mammogram – to check for signs of cancer which are too small to see or feel.

The results of the mammogram will be sent to the women and her GP within two weeks. Around 5 per cent will be called back for further tests.

Any woman concerned that they might have breast cancer can see their GP and be referred for a screening.

But in recognition that the risk of getting breast cancer increases with age, all women aged between 50 and 70 who are registered with a GP should automatically be invited for screening every three years.

Women are first invited for screening between their 50th and 53rd birthday, although in some areas they are invited from age 47 as part of a trial.

How are they invited?

The screening process is overseen by Public Health England, which uses an IT system to send out invitations.