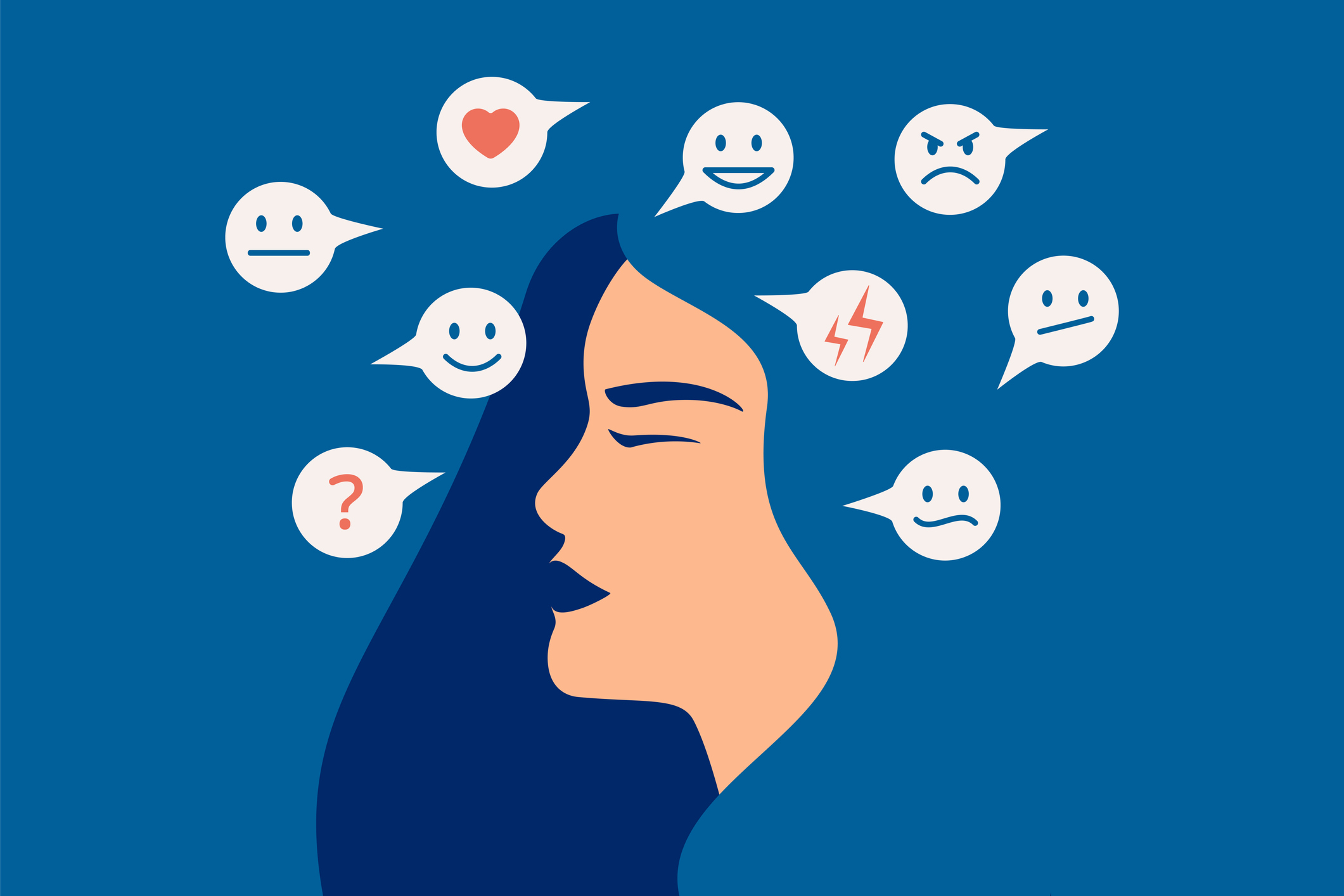 It’s only human to think about how we’ve acted in certain social situations or gatherings – booze or no booze.

However, it becomes problematic when this thinking turns into an overanalysis that leaves you feeling anxious and negative about yourself.

Particularly if it’s a recurring thing.

While we’re all familiar with getting ‘the fear’ after a night out, for some people, this overthinking happens after most social interactions – and it can be hugely damaging.

‘I will go out for dinner with my best friends and have a lovely night and, even if I’ve not been drinking, I find myself lying in bed at night reflecting on things I said and how I’ve acted,’ Katy, aged 30, from London tells Metro.co.uk.

‘And even though, deep down, I know my friends love me and I’ve been acting normal, it makes me feel incredibly anxious and leads to me berating myself internally.

‘It happens almost every time I go out and it often stops me from sleeping.’

Sally Baker, senior therapist, warns that when your thinking becomes this forensic in its level of detail, it’s not healthy.

‘The dwelling on minutia or ruminative, repetitive thinking means your thoughts are taking up more mental bandwidth than is necessary – and this is a manifestation of social anxiety,’ she explains.

‘Worrying about what you may have said and done on a night out are frequently your own harsh judgements and put-downs that undermine your confidence and negatively influences how you think, and feel, about yourself.’

It can often mean you’re a caring person

The reasons that we do this are deep-rooted and often come down to personality type, explains psychologist Emma Kenny.

As well as insecurities, people who are prone to this type of behaviour often have an ‘agreeable’ nature.

‘Agreeableness is a personality trait that is marked by caring about what other people think,’ she explains.

In many ways, this type of personality often goes towards making someone a nice person.

‘People with a high agreeable nature are sensitive to other people’s needs, which makes them highly empathetic, compassionate, and a nice person to be around,’ she continues.

‘However, there is a need to protect yourself from the other side of that – from that anxiety and stress about how you can do things better – and instead, get to a place of self acceptance.’

Emma explains that agreeable people tend to be more concerned with making sure other people are happy with them, rather then them being happy in themselves.

Those with this nature have a certain level of insecurity about their impact on others.

‘This means that, after being with people, when they get home and it’s quiet or dark, they start thinking about what they’ve said or done, and start building in this bias that makes them feel as though somehow they could have done better, or that they’ve insulted people,’ Emma says.

It’s important to remember that, when you have that kind of mental language going on, it’s not because you’re failing or making mistakes.

‘It’s because you are deeply insecure and you are concerned to such a degree about your impact on the world, that the amplification of your emotions is set to the highest level where feeling self-conscious is concerned,’ Emma explains.

Sally points out that this level of overanalysis is often triggered by social anxiety.

She says: ‘Running a post-mortem in your mind and overanalysing are unhelpful thinking styles that are damaging to your self-esteem, and leads to you doubting yourself and your behaviour in social settings.’

It may be that painful events from your past – where you felt judged or negatively about yourself – are triggered when you feel under pressure.

‘It would be helpful to resolve the negative self judgements these events from your past has led you to make,’ Sally continues.

‘You can be a detective of your own psychology and find out what those early triggers are or work with a therapist. Memories buried alive never die but they can impact on how you feel about yourself now.’

Why overanalysis can be bad for us

To some degree, there can be some positivity in a certain amount of analysis of our behaviour – for example, if you have perhaps acted in a way that wasn’t appropriate, it’s important to be able to recognise this and change your behaviour.

However, it’s extremely negative when we’re overanalysing everything to the detriment of enjoying our lives.

‘Often, a lot of people who are deeply insecure, or suffer from imposter syndrome, are constantly looking for reasons to beat themselves up for existing,’ says Emma.

‘Overanalysis rarely makes people feel better about themselves,’ adds Sally. ‘Overthinking tends towards to catastrophic, not the positive.

‘Add in a poor self image and you’ve got a recipe for increased negative self-talk, which increases further anxiety.’

Essentially, it makes us feel bad about ourselves, it’s unnecessary, unhelpful – and pointless.

Once you recognise this pattern of thinking it’s important to interrupt the way you think.

How to stop overthinking

Try, where you can, to treat yourself with compassion instead of judgement.

If you can, it’s important to recognise that your emotions are there for a reason, and are there to prompt you in a certain direction.

This behaviour often stems from a person’s mind trying to make them comfortable with how they’ve acted – by going over and over it.

So, rather than beating yourself up and saying ‘I mustn’t act like this again’, try to think, ‘this is just my thought process, it’s all ok, it’s just who I am’.

And importantly, work on reframing how you view your actions,.

For example, Emma suggests trying to think along the lines of: ‘I had a great time, maybe I was louder than usual, or more out there, but even if I was, that’s ok – because that’s a version of me that I’m letting people see. Those who love me will be ok with it too.’

If you do something in the moment that you enjoy, then it had meaning – and you shouldn’t ruin it by dissecting your actions in the aftermath.

While it may be easier said than done, Sally suggests trying to recognise when your thinking is spiralling out of control – and interrupting it, for example, by doing something physical.

‘You can interrupt your negative thinking by getting up and moving around more,’ she suggests.

‘You can check your breathing, as it becomes more shallow the more anxious you become.

‘Or, you can use EFT (Emotional Freedom technique –  Stimulating acupressure points by tapping or rubbing while focusing on situations that represent personal fear) to help you manage and alleviate uncomfortable feelings.’

And try to remember that you don’t need to meet the needs of everyone before you – it’s ok to enjoy being an imperfect human, as we all are.

Overanalysing is pointless. It won’t get you anywhere. It will rob you of joy.

As Emma says, ‘Being a human being is about trying things and making mistakes, growing, changing, learning and moving forward.’