Tired and with aching bones from lugging a backpack around town looking for my hostel for the night, I was questioning why the hell I decided to leave the familiar home comforts of life back in Sydney. Yet walking down to the lake as the sun was setting, there was silence apart from the lapping water against the shore, and I was suddenly greeted with the breathtaking view of snow-capped Mount Fuji in all her glory. This was why. 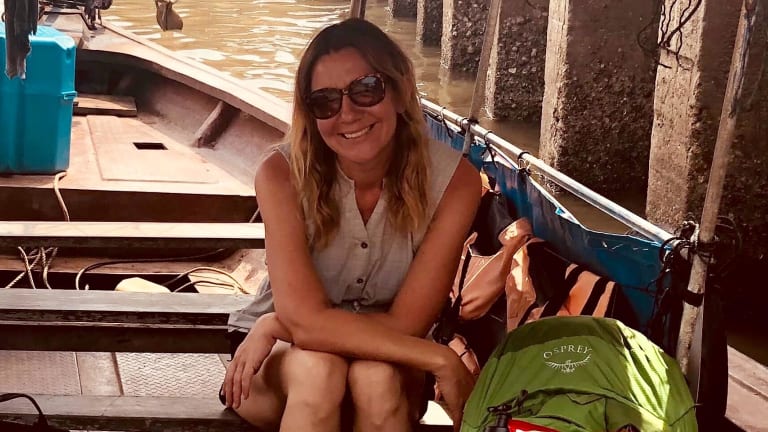 Philippa Arnold in Krabi in Thailand, heading to Railay Beach.

What we would like to do "one day" was a popular topic I often talked about with friends over dinner – those dreams that we romanticised about – the day we quit the corporate life, travel the world, move to the country, write our best-selling novel, open up a coffee shop, live a simpler, more stress-free life. Yet on Monday mornings, we would turn back up in the office and jump into the rat race again, focusing on quarterly sales results, revenue pipeline, profit, death by PowerPoint. 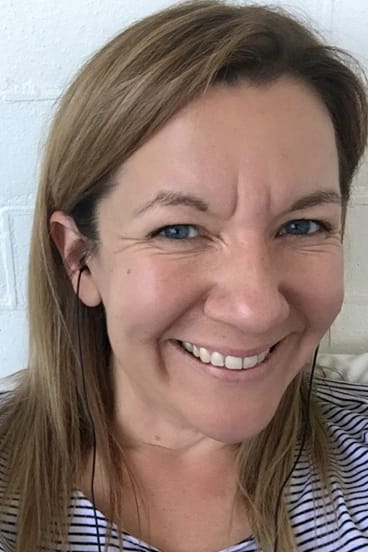 Philippa Arnold has stopped talking about taking a gap year and is doing it.

However, when my role was made redundant in December after eight years with the organisation, I was suddenly at a crossroads. Instead of remaining in the rat race, I decided to take a risk – I’m having a mid-life gap year. My husband and I have packed up our lives in Sydney, with no home to return to, and are travelling in Asia living out of a backpack for … well, who knows?

Working in human resources, I crossed paths with people who had all the trappings of what society defines as "success", the fancy job titles, the big salaries and the big mortgages to go with it. Yet behind the scenes they were unhappy with their lives. They were on the fast road to burn out, their health and relationships suffering, and they were trapped trying to maintain a lifestyle beyond their means.

They talked about making changes, but there was always a justification as to why now wasn’t the right time. Often we get so caught up in trying to figure out what the "right" thing is to do at the "right time" that we end up not doing anything at all.

There are fears to tackle; what if I can’t get another job? (You will). What if I go broke? (You won’t.) What about the kids? (They will be fine.) Yes, it is a risk, and you could fail in many ways, but surely taking the risk is better than living a life filled with regrets.

As for me? In the words of David Bowie, “I don’t know where I’m going – but I promise it won’t be boring”.

Philippa Arnold has survived 15 years in the corporate rat race and was last seen boarding a plane.