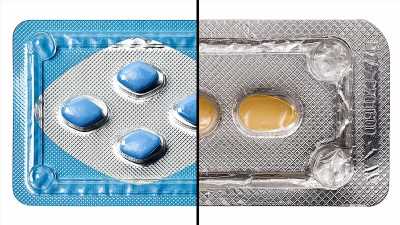 The findings contradict findings from a previous study that suggested that individuals who take sildenafil (Viagra) were significantly less likely to develop Alzheimer’s.

The new research, part of a larger effort to identify existing medications that could be repurposed to treat ADRD, employed a study design that reduced the risk for potential bias that may have influenced the earlier findings, the investigators note.

“That study came out last fall and was widely covered in the media, and we thought there were some methodological shortcomings that might have explained the results,” lead investigator Rishi Desai, PhD, assistant professor of medicine at Harvard Medical School and an associate epidemiologist at Brigham and Women’s Hospital, told Medscape Medical News.

The new study was published online October 4 in Brain Communications.

Not the Final Word?

Although the new research and the work published last year both drew on Medicare data, they examined different patient populations.

The first study compared those who took sildenafil for any reason to those who did not take it. That design likely resulted in an analysis of a comparison of individuals with ED ― the most common indication for sildenafil ― to generally older individuals with diabetes or hypertension, Desai said.

In contrast, the current study included only those with pulmonary arterial hypertension (PAH), which is also an indication for PED5 inhibitors. The researchers compared ADRD incidence in those who took PED5 inhibitors to the incidence among those who took a different medication to treat their PAH. They used propensity matching to create two groups with similar characteristics and examined the data using four analytic strategies.

The investigators found no significant difference between groups in the incidence of ADRD, regardless of the strategy they used. Cell culture studies also revealed no protective effect from PED5 inhibitors.

“No study of this kind should claim the final word,” Desai said. “It is extremely difficult to nail down causality from these types of data sources.”

Commenting on the findings for Medscape Medical News, David Knopman, MD, professor of neurology at Mayo Clinic, Rochester, New York, described the study design as “impressive” for its efforts to minimize bias, a key limitation in the previous study.

“It was always the case that the claims about sildenafil needed further developmental work prior to testing the drug in randomized controlled trials,” Knopman said. “The evidence for the use of the drug was never sufficient for clinicians to use it in their patients.”

The study was funded by National Institute on Aging. Desai is an investigator who receives research grants from Bayer, Vertex, and Novartis that were given to the Brigham and Women’s Hospital for unrelated projects. Knopman has disclosed no relevant financial relationships.