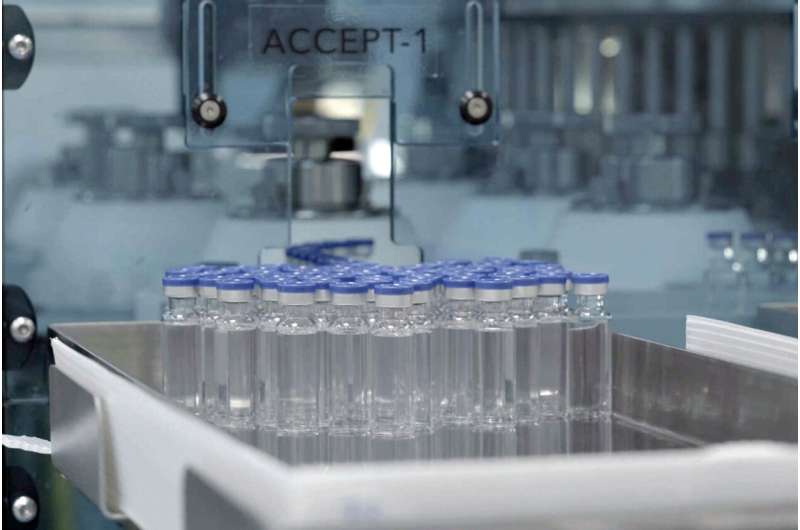 The U.S. is getting another COVID-19 vaccine choice as the Food and Drug Administration on Wednesday cleared Novavax shots for adults.

Novavax makes a more traditional type of shot than the three other COVID-19 vaccines available for use in the U.S.—and one that’s already available in Europe and multiple other countries.

Nearly a quarter of American adults still haven’t gotten their primary vaccinations even this late in the pandemic, and experts expect at least some of them to roll up their sleeves for a more conventional option—a protein-based vaccine.

The Maryland company also hopes its shots can become a top booster choice in the U.S. and beyond. Tens of millions of Americans still need boosters that experts call critical for the best possible protection as the coronavirus continues to mutate.

For now, the FDA authorized Novavax’s initial two-dose series for people 18 and older.

“I encourage anyone who is eligible for, but has not yet received, a COVID-19 vaccine to consider doing so,” FDA Commissioner Dr. Robert Califf said in a statement.

Before shots begin, the Centers for Disease Control and Prevention must recommend how they should be used, a decision expected next week.

Novavax CEO Stanley Erck told The Associated Press that he expected the U.S. to expand use of the vaccine beyond unvaccinated adults fairly quickly.

Already the FDA is evaluating it for those as young as 12, Erck said. Novavax also has submitted data on booster doses, including “mix-and-match” use in people who’d earlier received Pfizer or Moderna vaccinations.

The Biden administration has bought 3.2 million Novavax doses so far, and Erck said vaccinations should begin later this month.

Sharon Bentley of Argyle, Texas, is one of the holdouts. Bentley was hesitant about the first COVID-19 vaccines but then her husband volunteered for a Novavax trial, getting two doses and later a booster.

Her husband’s positive experience with a more tried-and-true technology, “that convinced me,” Bentley said, adding that she planned to tell some unvaccinated friends about the option, too.

The Novavax vaccine is made of copies of the spike protein that coats the coronavirus, packaged into nanoparticles that to the immune system resemble a virus. Then an immune-boosting ingredient, or adjuvant, that’s made from the bark of a South American tree is added that acts as a red flag to ensure those particles look suspicious enough to spark a strong immune response.

Protein vaccines have been used for years to prevent hepatitis B, shingles and other diseases. It’s a very different technology than the dominant Pfizer and Moderna COVID-19 vaccines that deliver genetic instructions for the body to produce its own copies of the spike protein. The lesser-used Johnson & Johnson option uses a harmless cold virus to deliver spike-making instructions.

Like the other vaccines used in the U.S., the Novavax shots have proved highly effective at preventing COVID-19’s most severe outcomes. Typical vaccine reactions were mild, including arm pain and fatigue. But FDA did warn about the possibility of a rare risk, heart inflammation, that also has been seen with the Pfizer and Moderna vaccines.

The Novavax vaccine was tested long before the omicron variant struck. But last month, the company released data showing a booster dose promised a strong immune response even against omicron’s newest relatives—preliminary evidence that several of the FDA’s scientific advisers called compelling.

European regulators recently cleared the Novavax vaccine to be used as young as age 12, and several countries have authorized booster doses of its original vaccine.