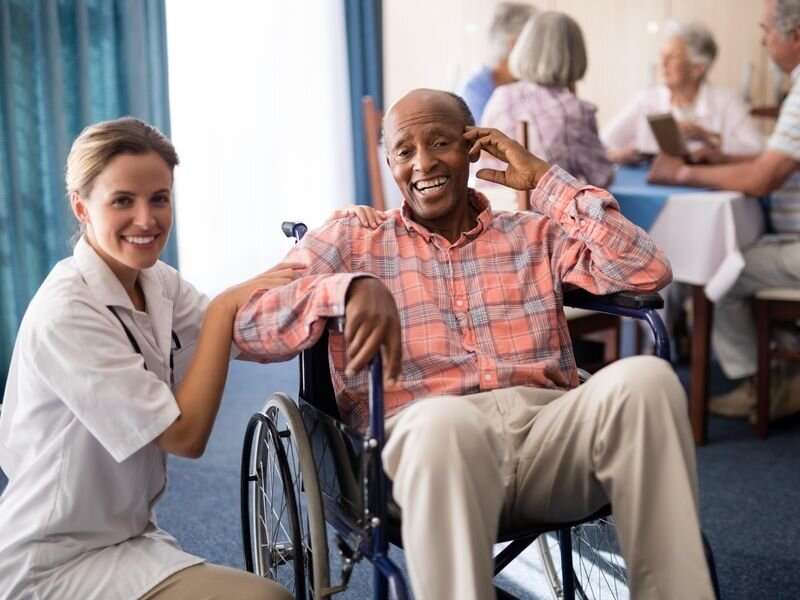 Staffing shortages at nursing homes across the United States are severe in disadvantaged areas where needs may be greatest, researchers say.

The study—recently published in the Journal of the American Geriatrics Society—looked at staffing before the COVID-19 pandemic. It found that skilled clinical workers such as registered nurses (RNs) and physical therapists were in short supply at nursing homes in poorer neighborhoods, potentially putting residents’ safety at risk. Those same neighborhoods are more likely to serve vulnerable populations, including racial and ethnic minorities.

“We have to address and invest in these neighborhoods that these nursing homes are in,” she said.

This study looked to expand on existing research that looked at deprivation in terms of one factor, poverty. Instead, researchers used a measure of disadvantage in income, education, employment and housing known as an area deprivation index. They zeroed in not on counties or ZIP codes, but on smaller areas called census blocks, each representing 600 to 3,000 residents.

“In early research that we did during the pandemic, we found poor quality of care for residents in nursing homes that were located in neighborhoods that were severely deprived,” Travers said. As a result, she said, the researchers realized other disparities may be driving that problem.

For the study, the investigators mapped area deprivation index scores for just over 12,600 nursing homes, about 16% of which were in severely disadvantaged neighborhoods. They analyzed nursing home quality and payroll-based staffing data.

The analysis found significant staffing differences depending on the neighborhood.

For instance, severely disadvantaged areas had about 38% fewer physical and occupational therapists compared to well-off areas. They also had about 30% fewer registered nurses and 5% fewer certified nursing assistants.

Nursing homes in severely disadvantaged areas tended to be for-profit, and they served more Black people and Medicaid recipients, the findings showed.

In nursing homes with lower staffing levels, patients tend to have worse outcomes. Travers said this can include more falls, increased use of anti-psychotic and anti-anxiety medications, and higher numbers of pressure sores.

Having more skilled staff can also directly impact care. The study noted that a higher ratio of registered nurses to licensed practical nurses, for example, is associated with lower infection and death rates.

“I do think there is an implication for quality of care throughout nursing homes and other long-term care facilities,” said Regina Shih, director of the Social and Behavioral Policy Program at the RAND Corporation, a global policy think tank.

Shih, who reviewed the study findings, said this might include inadequate coverage of the kinds of care that a registered nurse might provide. Someone in another role might not be able to offer it.

Nationwide, more than 1.4 million people live in about 15,500 Medicare- and Medicaid-certified nursing homes, according to the U.S. Department of Health and Human Services.

Despite minimum staffing standards, it may be more challenging to recruit and retain staff in disadvantaged neighborhoods because workers may not want to live in areas with poorer housing, education and transportation, Travers said.

“It’s going to have a trickle-down effect to the nursing homes when it comes to recruitment,” she said.

One solution would be increasing reimbursement from the U.S. Centers for Medicare and Medicaid Services so nursing homes could increase their pay. They should be required to use any additional funding for staffing, Travers said.

Addressing leadership and improving the homes’ environment would make them better places to work, she added. And efforts to retain workers, such as incentives and signing bonuses, should be considered.

“Just really thinking and paying attention to the recruitment and the retention and understanding that there is increased competition, especially now with COVID, where people are able to work virtually and remotely and not have to go in as often, and other jobs that are more desirable because of better benefits,” Travers said. She noted that RNs can typically make more in acute care settings than in nursing homes.

Shih said that one solution for retaining skilled nurses is increased recognition of the hard work that they do. Besides pay increases and other financial incentives, there are other ways to promote job satisfaction, she said.

For instance, that might include giving nurses a role in governance programs and scheduling or providing child care benefits.