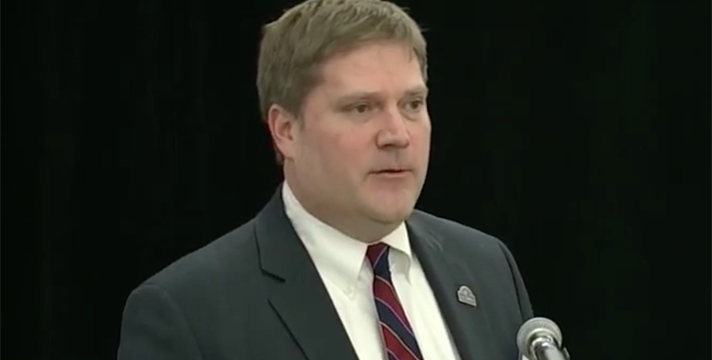 Blackburn joined the VA in Nov. 2014 as an adviser to Macdonald and as MyVA Task Force executive director. He also served briefly as the VA's interim deputy secretary. In Sept. 2017, he was named acting CIO and acting assistant secretary of information and technology at the agency.

Further, the former director of data operations for Trump's 2016 campaign, reportedly had repeated clashes with career staff during his tenure at the Treasury Department. He was also accused in a recent lawsuit of sexually harrassing a fellow employee during the campaign.

VA officials didn't immediately respond to a request for comment to confirm the staffing changes.

As acting CIO, Blackburn was one of the key leaders of the agency's EHR modernization project. The agency has been in a holding pattern for a number of months on its EHR modernization contract with Cerner. The departure of Blackburn and lack of permanent leadership, especially in the IT department, still leaves the future of its EHR in question.

"My effort has always been about better caring for veterans regardless of presidential administration … I have been honored to serve alongside both in a bipartisan way," he wrote. "I will remain both VA's biggest cheerleader and critic from afar."

Blackburn made the announcement on Twitter, writing: "This is a bittersweet moment in my career. Today, I officially resigned my position at [the VA]. It has been the honor of my life. Too many people to thank. Will continue to advocate for veterans in other ways."

For now, Blackburn said he will take time off for a few months.

Blackburn's departure is just the latest in a leadership shakeup of the agency. Shulkin's Chief of Staff Viveca Wright Simpson stepped down in February after a VA Office of Inspector General report claimed she doctored an email to secure taxpayer funding for the travel costs of Shulkin's wife during a summer European work trip.

Shulkin was ousted just last month, after reports found the secretary had fallen out of favor with the President and agency infighting. Trump named Department of Defense official Robert Wilkie as acting secretary in the interim while awaiting confirmation of his nominee for secretary, White House Physician Rear Adm. Ronny Jackson. That hearing will be held on April 25.

This story was updated to include President Trump naming his former campaigner Camilo Sandoval as the new acting CIO.