Monkeypox: All you need to know about the disease

According to a report by the CDC, people who have not had the monkeypox vaccine are 14 times more likely to become infected with monkeypox than those who have not.

The figure comes as both the United States and the UK roll out their monkeypox vaccines in order to combat their respective outbreaks. In fact, the monkeypox vaccine is not one specifically designed to fight the virus, but a repurposing.

The vaccine being administered is the smallpox vaccine, one known to effectively combat monkeypox after trials were first conducted earlier this decade when it first appeared on the UK’s shores.

Known as Jynneos, the CDC recently approved it for use in preventing monkeypox and smallpox in adults over the age of 18. 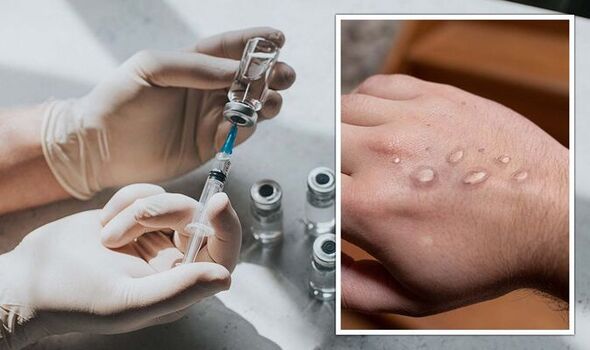 In a statement on the Jynneos vaccine, the CDC’s director Doctor Rochelle Walensky said: “There have been limited data on how well the Jynneos vaccine performs against monkeypox in real-world conditions. These new data provide us with a level of optimism that the vaccine is working as intended.”

This optimism is reflected by the United States Government, with one senior official telling US network CNN: “We are cautiously optimistic about the study and think if we continue to get vaccines out to those that are at highest risk for disease.

“If we continue to promote the behavioural changes that we know work, that the combination of those two will allow us to continue to see decreases in cases and hopefully eliminate the current monkeypox outbreak in the United States.”

The official added: “What it doesn’t let us do is fully disentangle pieces of this that may be behavioural change pieces that may be related to sexual networks or to who people are coming into contact with. We know that at the start of the monkeypox outbreak, a lot of gay and bisexual men changed their behaviours.”

While the vaccine can stop someone from being infected, there are still questions about how long the protection from Jynneos – given in two doses – lasts.

As a result, health officials in the States are encouraging people to get the second vaccine because “you have a more profound immune response”; this follows the trend of other two dose vaccines.

Why is this relevant to the UK?

The data from the United States is highly relevant to the United Kingdom because the NHS is administering the Jynneos vaccine. As a result, this data is significant for both those receiving the jab and a government encouraging people to get vaccinated.

Currently, the vaccine is being offered to both the most vulnerable and those most likely to contract monkeypox; namely young men who have sex with other men. 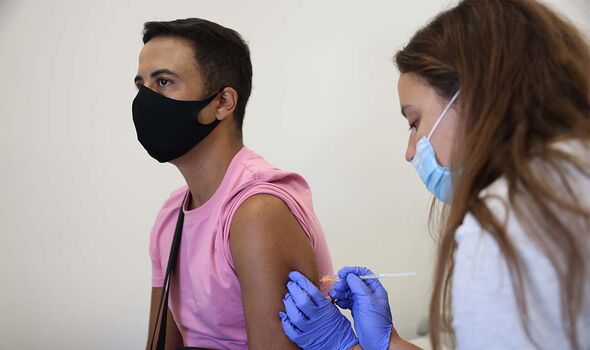 What is the current monkeypox situation in the UK?

Figures for the UK are incredibly low. In their latest epidemiological report, the United Kingdom Health Security Agency (UKHSA) said: “Up to 26 September 2022 there were 3,485 confirmed and 150 highly probable monkeypox cases in the UK: 3,635 in total. Of these, 94 were in Scotland, 34 were in Northern Ireland, 46 were in Wales and 3,461 were in England.”

In summary, there are just shy of 3,500 cases and most of these are in England, although there is a smattering of cases in Scotland, Wales, and Northern Ireland. 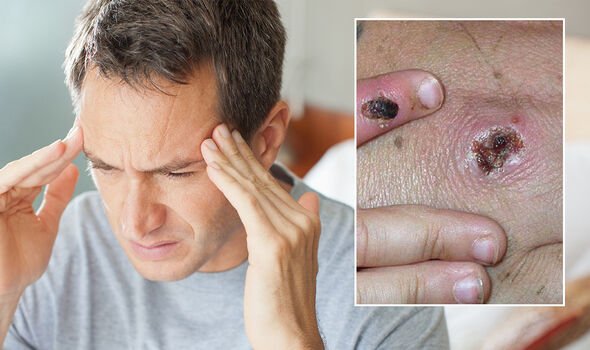 So, the threat from monkeypox is low?

Yes. It is very unlikely that someone will get the monkeypox virus. However, contraction of it results in a variety of unpleasant symptoms including:
• Rash
• High temperature
• Headache
• Muscle aches
• Backache
• Swollen glands
• Shivering
• Exhaustion
• Joint pain.

Monkeypox can be caught through contact with the skin, clothing, or any material the infected person has been in contact with.

It is important to note that while the virus can be caught during sex, it is not a sexually transmitted infection.