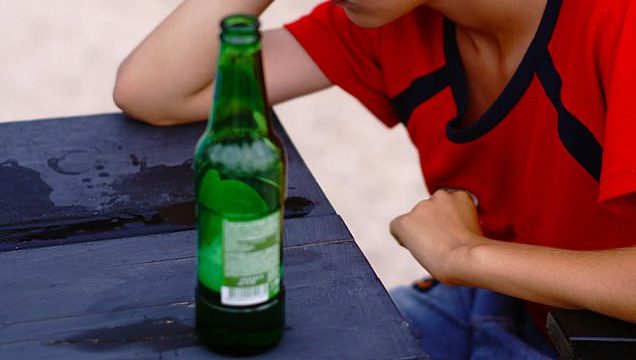 UK’s legal age for drinking at home should be raised from FIVE, expert demands

Many of us will remember trying a sip of dad’s beer or a taste of mum’s wine when we were younger.

But the legal age at which children can drink alcohol at home should be raised to prevent addiction later in life, according to an expert.

Psychologist Dr Aric Sigman, who sits on the All-Party Parliament Group on a Fit and Healthy Childhood, says children’s doctors in the UK need to take a stronger steer in helping ward off future alcohol problems.

In England, Scotland and Wales, it is legal for someone aged five and above to drink alcohol at home or on other private premises. 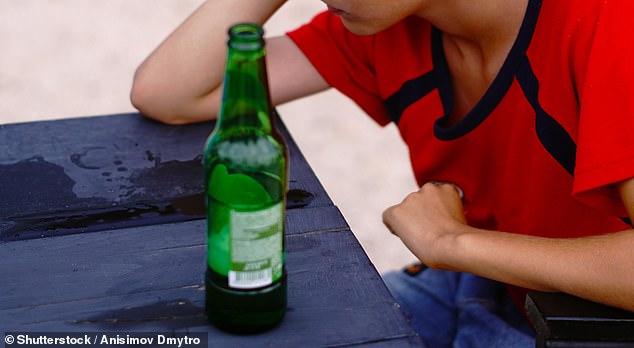 Psychologist Dr Aric Sigman, who sits on the All-Party Parliament Group on a Fit and Healthy Childhood, says children’s doctors in the UK need to take a stronger steer in helping ward off future alcohol problems

However, it is recommended for young people’s health and wellbeing that alcohol should not be consumed until at least 15 years of age.

Dr Sigman argues more work needs to be done to dispel the myth that in France a binge drinking culture does not exist because children are brought up to drink in moderation from a young age.

He points to figures from the World Health Organization that show individual alcohol consumption in France is higher than in the UK.

Alcohol’s contribution to the overall death rate is also 26 per cent higher, he added, which has prompted French authorities to raise the legal drinking age and move to ‘denormalise’ alcohol consumption in younger people.

In a ‘viewpoint’ piece in the journal Archives of Disease in Childhood, Dr Sigman wrote: ‘In the UK, the legal drinking age at home is five years.

‘A significant proportion of parents here and in other European countries allow and even encourage their young adolescents to drink alcohol, believing that it will teach them responsible use or inoculate them against harmful drinking and dependency.

‘The attitudes, practices and policies regarding alcohol initiation and consumption by children and parents across the world today may contribute to a broad range of negative health outcomes throughout a child’s lifespan, much of which are preventable.’

Delaying the age at which children and young people take their first drink, even small sips, may lower their subsequent risk of becoming problem drinkers, Dr Sigman suggested.

Meanwhile doctors should educate parents about being a role model and lobby the government to raise the at-home drinking age from five, he argued.

This would not be an attempt to criminalise parents, but as a ‘signal to reset the alcohol cultural landscape through formal gesture’.

Mandatory warnings on all alcohol products, stating that delaying the drinking age may reduce children’s lifetime risk of alcohol use disorders, could also help, he said.

‘It is time we join the dots and take a far broader and more long-term approach to prevent and reduce future alcohol-related morbidity and mortality,’ he wrote.

‘The paediatric profession has the respect and the authority to tell society not what it is interested in hearing, but what is in its children’s best interests.’

In 2020 a study found that children who are allowed to try alcoholic beverages are more likely to grow up to be binge drinkers.

Researchers from the National Drug and Alcohol Research Centre in Australia, who carried out the seven-year study, reported that among children who had been allowed sips of alcohol by their parents, 69 per cent reported binge ‘drinking by the age of 18 — compared with 42 per cent for children who were not allowed alcohol at all.

DO YOU DRINK TOO MUCH ALCOHOL? THE 10 QUESTIONS THAT REVEAL YOUR RISK

One screening tool used widely by medical professionals is the AUDIT (Alcohol Use Disorders Identification Tests). Developed in collaboration with the World Health Organisation, the 10-question test is considered to be the gold standard in helping to determine if someone has alcohol abuse problems.

The test has been reproduced here with permission from the WHO.

To complete it, answer each question and note down the corresponding score.

0-7: You are within the sensible drinking range and have a low risk of alcohol-related problems.

Over 8: Indicate harmful or hazardous drinking.

8-15: Medium level of risk. Drinking at your current level puts you at risk of developing problems with your health and life in general, such as work and relationships. Consider cutting down (see below for tips).

16-19: Higher risk of complications from alcohol. Cutting back on your own may be difficult at this level, as you may be dependent, so you may need professional help from your GP and/or a counsellor.

20 and over: Possible dependence. Your drinking is already causing you problems, and you could very well be dependent. You should definitely consider stopping gradually or at least reduce your drinking. You should seek professional help to ascertain the level of your dependence and the safest way to withdraw from alcohol.

Severe dependence may need medically assisted withdrawal, or detox, in a hospital or a specialist clinic. This is due to the likelihood of severe alcohol withdrawal symptoms in the first 48 hours needing specialist treatment.