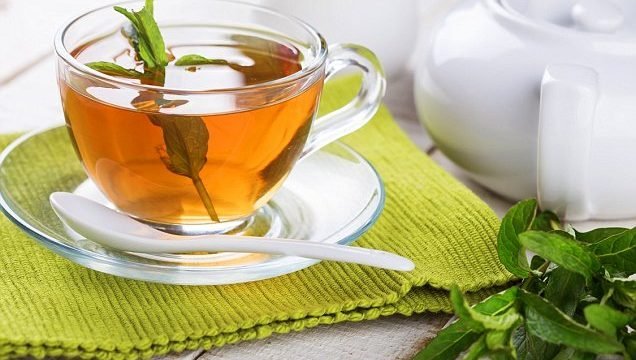 A warm cuppa is already known to aid weight loss.

But drinking tea cold could be even more effective in helping you beat the bulge, research suggests.

Swiss scientists have discovered a cold herbal cuppa helps to burn calories much more than the usual hot version.

Having a cooler brew was twice as good in terms of boosting energy expenditure, the study on a traditional herbal tea found. 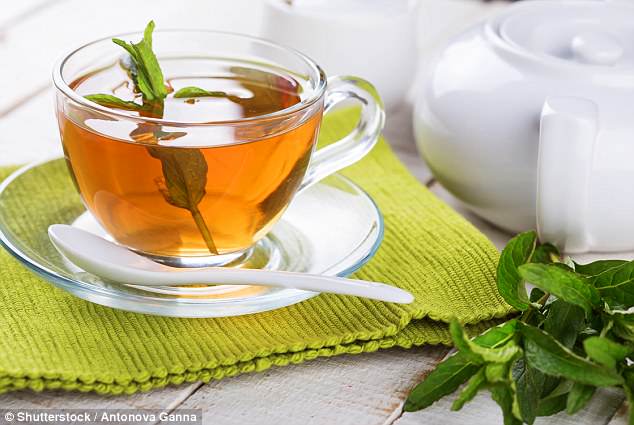 A warm cuppa is already known to aid weight loss. But drinking tea cold could be even more effective in helping you beat the bulge, research suggests

Energy expenditure, the rate at which humans burn calories when they are resting, is considered important for weight loss. The higher the rate, the more calories than can be burned.

While it can also reduce the metabolic load on the heart, according to the study of 23 volunteers, who drank a traditional herbal tea.

The study adds to the body of evidence that shows drinking tea is good for health, including aiding weight loss and slashing the risk of glaucoma.

The Fribourg researchers scrapped the usual cuppa and investigated the effects of drinking tea made with yerba mate leaves.

Described as a bitter-tasting tea, yerba mate is a traditional drink, popular in South America, especially in Argentina, Paraguay and Uruguay.

Volunteers drank 500ml of the herbal tea at 3°C on one day, and then the same tea at 55°C the next. Both versions were caffeinated.

Their heart rate, blood flow, arterial pressure, oxygen consumption and fat oxidation was then monitored 90 minutes after each drink.

The results were then compared with the same variables measured during the half an hour before the participants drank the tea.

The team of researchers found, on average, there was an 8.3 per cent increase in energy expenditure after drinking the cold tea.

In comparison, hot tea produced a 3.7 per cent boost, according to the study in the journal Frontiers in Physiology.

What is ‘mate’? A traditional South American tea

Mate (pronounce ma-tay) is a mixture of near-boiling water with dried leaves of the yerba mate plant (a species from the holly family). It has energy boosting properties that make it almost addictive.

To drink the bitter tea, you must have a straw as it filters out the leaves. It’s custom to add water to the yerba mate around 15 to 20 times, or until it loses its flavour.

Drinking the traditional South American drink is most commonly a group experience as it is a symbol of friendship.

The beverage is often passed around so everyone can have a few sips. But when enjoying it with others there are of course rules of politeness.

First rule, don’t say ‘thank you’. Many find it to be an insult as it implies you no longer want to drink and don’t wish to continue the bond of friendship. The drink also shouldn’t be stirred with a straw as it makes the rounds since it suggests the hot-beverage wasn’t prepared correctly in the first place.