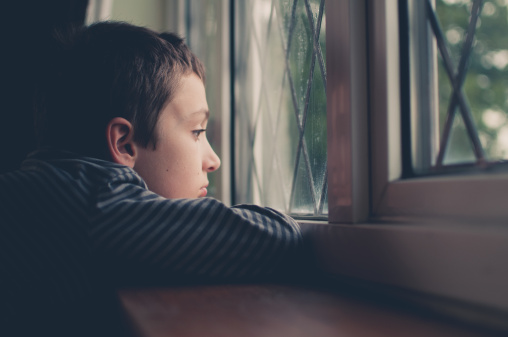 Depression, anxiety, and other mental health issues increase threefold among transgender children as young as nine, a new study found.

Dr Ken Pang, who runs a paediatric practice that focuses on the care of transgender children and adolescents, is one of the authors of the study. He said that the reasons for this could range from gender dissatisfaction, the stress of experiencing stigma, and the children experiencing other forms of discrimination like transphobia.

According to Dr Pang, past research has pointed to ‘concerning levels of depression, anxiety, and other mental health issues’, but that the level of mental health struggles observed in transgender children in this study suggests that they face greater challenges than originally thought.

Study authors wrote that ‘previous research using clinical samples of transgender children aged five to 11 years reported lower rates of depression and anxiety than we observed in this cohort study’.

They added: ‘A possible reason for this disparity is that transgender children attending specialist gender clinics are likely to have support from their families (a key protective factor for the mental health of transgender young people); in comparison, many transgender children in the general population lack parental support for their gender.’

According to the researchers, this is the first study to report rates of DSM-5–related problems using a representative population sample of transgender children.

‘Our findings suggest that by nine to 10 years of age transgender children already show increased susceptibility to mental health problems compared with their cisgender peers, which has important public health implications,’ they wrote.

‘Whether this is due to stigma, minority stress, discrimination, or gender dysphoria is unclear, but providing appropriate mental health supports to this vulnerable group is paramount.’

In the UK, approximately half a million people are transgender. However, only 4,500 Gender Reassignment Certificates have been issued.

According to the NHS’ Gender Identity Clinic website, there are currently over 11,000 people on their waiting list awaiting gender affirming care.

The site states that, as of April 2022, they are currently offering first appointments to people who were referred in January 2018 — more than four years ago.

At present, trans and non binary people have on GIC waiting lists for an average of two years, while some have had to wait more than five years for an appointment, Metro.co.uk recently found.