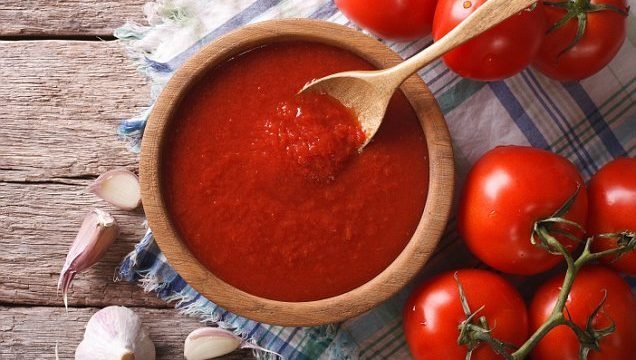 Tomato sauce is good for your gut: Health-boosting bacteria are activated by tomatoes – and cooked is healthier than raw

Cooked tomato sauce boosts the levels of healthy bacteria in the gut, according to research.

Spanish scientists found that tomatoes have a better probiotic effect in the gut when fried into a sauce, rather than when eaten raw.

Although a healthy bacteria in the gut prevents some antioxidants being absorbed from tomato sauce, the sauce boosts the effectiveness of that same bacteria.

The researchers say this makes cooked tomato sauce better for gut health than raw tomatoes, because the cooking process preserves the important chemical which gives tomatoes their red colour.

Understanding how both cooking and digestion affect the health benefits of food would help manufacturers make health-boosting foods, the researchers say. 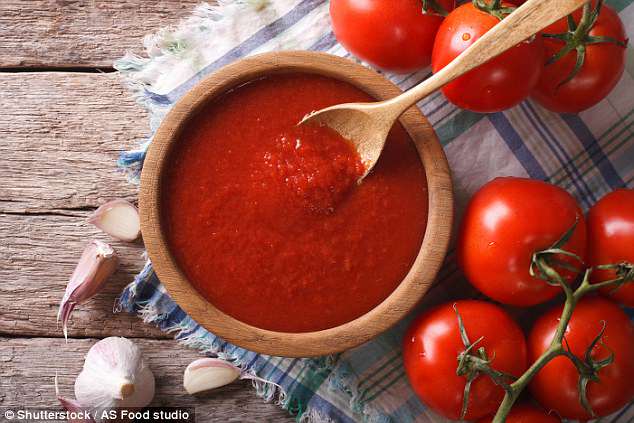 Tomatoes are healthier for the gut when fried into a sauce rather than eaten raw, scientists claim, because the cooking process means antioxidants can better survive digestion and be absorbed into the body

Scientists at the Universitat Politècnica de València in Spain studied how digestion affected the antioxidants – substances which help protect cells from damage – in tomato sauce.

Tomatoes are considered particularly healthy partly because they contain the antioxidant lycopene, which is also what makes them red.

The researchers found that cooking the tomatoes strengthens the lycopene meaning more of it survives the digestive process and is absorbed by the body.

This boosts the probiotic effect – encouraging the growth of healthy bacteria – of the tomato.

At the same time the researchers look at lactobacillus reuteri – one of the most important bacteria for a healthy gut, which occurs naturally in the body.

WHAT ARE THE HEALTH BENEFITS OF TOMATOES?

Tomatoes are delicious and included in hundreds of dishes, and they’re good for you, too.

Here are some potential benefits of eating the little red fruit:

Although the L. reuteri stops some antioxidants being absorbed from the tomato, those antioxidants make the bacteria more effective.

And even more so in the cooked tomato sauce.

The positive effects of the boosted L. reuteri outweigh the fact that it stops antioxidants being absorbed, the team says.

Researcher Ana Belén Heredia said: ‘We worked with raw and fried tomato to determine the impact of processing.

‘And among the results, we found that serving meals rich in probiotics with fried tomato sauce boosts its probiotic effect.’

The research was published in the Journal of Functional Foods.

It is no secret that tomatoes are healthy, and previous research has claimed eating them can help to slow stomach cancer, and tomato sauce could cut men’s risk of developing prostate cancer.

Researchers said the finding could pave the way for studies focusing on preventing stomach cancer, as well as using diet to support conventional treatments, they said.

The results contradict other research suggesting that only lycopene has cancer-fighting benefits.

Study author Daniela Barone, from the Oncology Research Center of Mercogliano, Italy, said: ‘[Tomatoes’] effects seem not related to specific components, such as lycopene, but rather suggest that tomatoes should be considered in their entirety.’

The researchers analysed whole tomato extracts for their ability to tackle various features of gastric cancer.

Extracts were taken from the common varieties San Marzano and Corbarino.

The results revealed that both extracts affected cancer cells’ ability to spread and develop, as well as leading to their death.