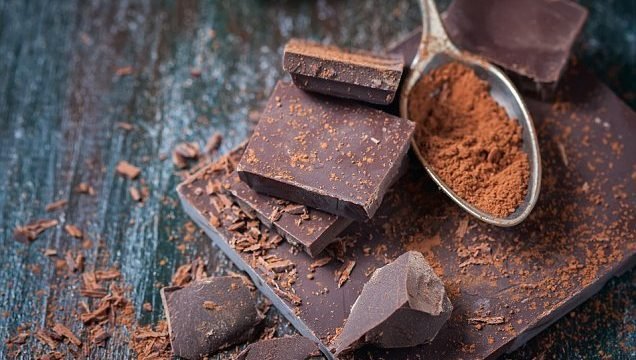 The darker the chocolate, the better it is for your health: Bars with more than 70% cacao do wonders for your mind, heart and immune system – and the benefits increase the higher you go

The darkest chocolate bars on the market are the best for your health, new research has found.

Scores of studies have shown dark chocolate is boosts the immune system, heart health and memory, but this is the first to look at how those effects change depending on the type of bar you’re eating.

While many wince at bars with more than 70 percent cacao, the team at Loma Linda University in California found such a high concentration helps boost the brain and cardiovascular system by increasing blood flow and reducing inflammation.

In turn, those who eat the darkest chocolate have lower levels of stress and stronger immunity, the researchers say. 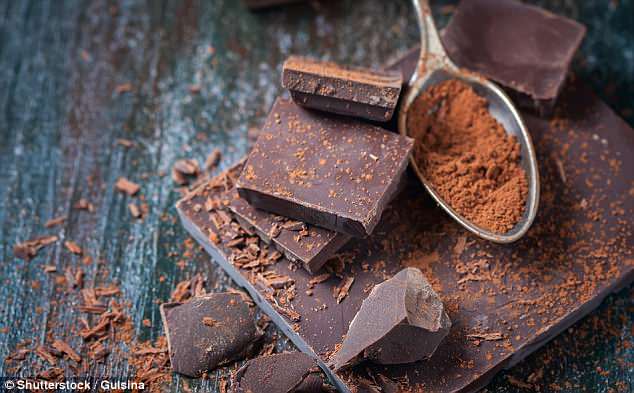 ‘For years we have looked at the influence of dark chocolate on neurological functions from the standpoint of sugar content – the more sugar, the happier we are,’ said lead author Professor Lee Berk, who hailed it as a ‘superfood’.

‘This is the first time that we have looked at the impact of large amounts of cacao in doses as small as a regular-sized chocolate bar in humans over short or long periods of time – and are encouraged by the findings.

‘These studies show us the higher the concentration of cacao the more positive the impact on cognition, memory, mood, immunity and other beneficial effects.’

Cacao is rich in flavanols – antioxidants found in fruit and vegetables that dampen inflammation.

Despite being a vital part of the body’s immune response it plays a role in cancer, heart disease, diabetes, dementia and depression.

When it goes wrong or goes on too long it can trigger illness – causing lasting damage to the heart, brain and other organs.

Principal investigator Prof Berk and colleagues carried out two studies to test the effect of eating dark chocolate on the immune system and the brain.

The first found bars with 70 percent cacao increased the production of chemicals that combat inflammation by changing the expression of genes.

The second found they improved memory by boosting connections between brain cells – a process known as ‘neuroplasticity’.

The researchers said in a news release: ‘Findings show this superfood of 70 percent cacao enhances neuroplasticity for behavioral and brain health benefits.’

Prof Berk, who presented the findings at the Experimental Biology annual meeting in San Diego, said it’s well known cacao is a major source of flavonoids.

But this is the first time the effect has been studied in humans to determine how it can support cognitive, hormonal and cardiovascular health.

Prof Berk said the flavonoids found in cacao are extremely potent antioxidants and anti-inflammatory agents with known benefits for brain and cardiovascular health.

He said the studies require further investigation – specifically to determine the significance of these effects for immune cells and the brain in larger populations.

Further research is in progress to elaborate on the mechanisms that may be involved in the benefits of cacao at this high concentration.

They too identified cocoa flavanoids as being behind the phenomenon.

They said they were good for the heart heart health and grey matter linked to age-related decline.

People who ate chocolate every day were found to have better attention spans, working memory, ability to process speed and verbal fluency.

The team also found women gorging on chocolate after a night without sleep experienced lower levels of brain impairments – raising hopes for those suffering insomnia and shift workers.

The benefits were most pronounced in those people who had already started to show signs of memory decline or mild cognitive impairment that can lead to Alzheimer’s.