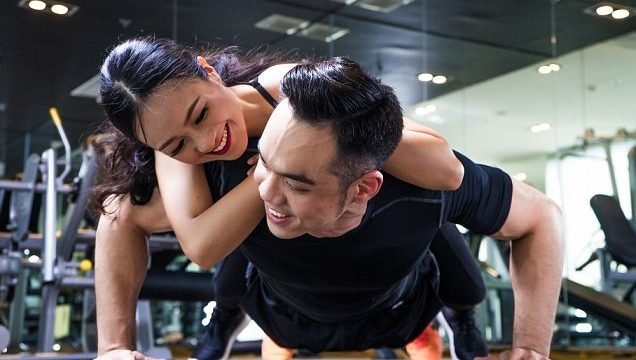 The couple’s guide to slimming down without breaking up: Scientist explains exactly how to work together to shed pounds

When it comes to losing weight, it turns out couples really are better when they do it together, new research reveals.

Despite the continuing obesity epidemic in the US, fewer Americans are trying to lose weight, and the majority, some estimates predict.

But couples have a better shot at shedding pounds, so long as they take advantage of their built-in accountability buddies.

University of Texas at Austin interpersonal communication expert Dr René Dailey’s latest research reveals the secrets to how to lose the weight and keep your partner. 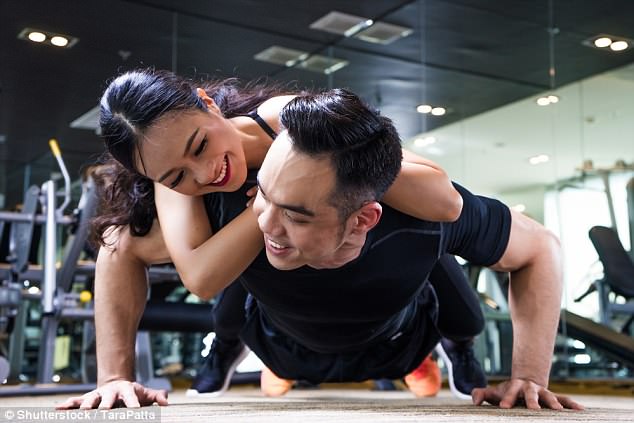 As long as your relationship goals align, even a little coercion can be good for the weight loss goals you and your romantic partner share

1. You’re ahead on your weight loss journey just by being in a relationship

If you think you pick up your partner’s habits – for better or worse – research shows: you’re probably right.

This can work to your benefit, according to the ‘weight loss ripple effect,’ a well-documented phenomenon in which the efforts of one partner to trim down ends up helping the other do the same – even if they weren’t trying to.

She surveyed nearly 400 people who were trying to lose weight and living with a romantic partners about what worked for their plans to trim down.

The bottom line finding was that doing it together was a good idea, but, there is a catch.

Major life changes like weight loss can put a strain on couples, especially if their expectations, desires and paths start to diverge in the process.

The theory is that these pairs are no longer on the same page in a way they once were.

2. Design your weight loss plan together and make sure your goals align

Dr Dailey says that staying on the same wave-length throughout your weight loss process is the secret to success for couples.

When couples were ‘synchronized’ and shared both an optimistic enthusiasm about weight loss and similar approaches, they were practically shoe-ins for success.

Having weight loss as a shared goal that they wanted to employ similar methods to accomplish helped couples to feel like they are in it together.

People in these healthy relationships with healthy goals tended to encourage and reassure one another while (gently) challenging each other.

But those strategies worked better when the partners had look-alike plans and strategies.

‘Partner behaviors that support the weight loss can be viewed differently depending on the environment,’ Dr Dailey said.

‘For example, a person who wants to focus on diet but their partner focuses on exercise might see the partner’s suggestion of going for a walk as intrusive and unhepful.’

She added: ‘By contrast, a person who feels they and their partner are on the same page about how to lose weight could welcome the suggestion.’

3. ‘Lone battlers’ don’t talk about their strategies together and perform worse for it

The weight loss attempts that tended to fail were the ones that fell into the ‘lone battler’ category.

These couples didn’t really discuss their plans, struggles or triumphs.

As a result, losing weight became a solo toil instead of a team effort, fueling further strain on the relationship.

‘These findings suggest that couples might benefit from negotiating the best relational environment and desired support strategies from their partners,’ said Dr Dailey.

In other words, her advice would be to communicate openly with your partner about what kind of of encouragement you need to hear and see.

4.Guilt-tripping can work if your heart is in the right place – but if it’s not it will break you

Dr Dailey’s research found that partners can ‘influence’ one another’s choices for the better.

She also identified ‘coercion’ as a separate method, by which couples used guilt or denied affection to incentivize their partners to stick to their diet and exercise regimens.

Guilt quickly drove two people who were really on parallel – rather than joint – weight loss journeys even further apart, spurring feelings of isolation and alienation.

But, remarkably, even guilt could be used for good, if both people were on board.

Dr Dailey’s research found that, for synchronized partners who had laid out the ground work of their plans together, the negative emotion of guilt was still interpreted as relatively positive.

These people saw ‘guilt’ as a product of genuine concern over their health, instead of as the machinations of a controlling partner.

So whatever diet or workout regimen you choose, make sure it aligns with your partner’s and you’ll instantly boost the chances of success for both yourself and your partners

‘Ultimately, this would help [couples] to better balance their weight loss goals with the maintenance of their relationship,’ said Dr Dailey.