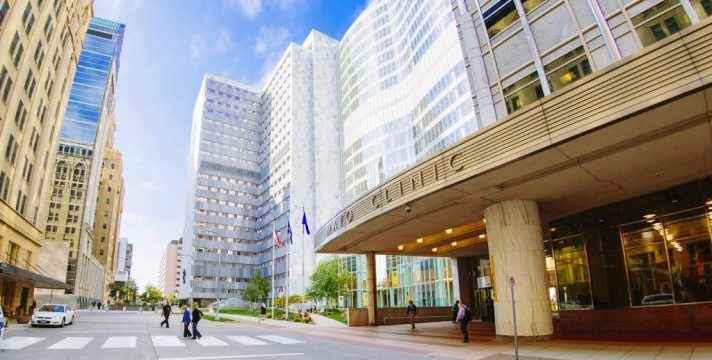 The Mayo Clinic in Rochester, Minnesota, implemented tele-neonatology six years ago. Prior to that, Mayo Clinic neonatologists were assisting community hospital care teams via telephone when a newborn required advanced resuscitation or critical care.

“Because we were unable to visually assess the newborn, this limited our ability to closely collaborate with the local team and guide care over the phone,” said Dr. Jennifer Fang, medical director, tele-neonatology, at Mayo Clinic. “This was especially relevant when our neonatal transport team was not present for a high-risk delivery due to weather or geography, and the local team had to resuscitate and stabilize the critically ill newborn independently.”

These challenges prompted Mayo Clinic to develop a tele-neonatology program that allows neonatologists to establish a real-time audio/video telemedicine connection with care teams in community hospitals during these high-risk, low-frequency neonatal emergencies.

“During the initial pilot program, local care teams and neonatologists identified that tele-neonatology was feasible and seemed to improve the quality and safety of care provided to newborns requiring advanced resuscitation,” Fang explained. “However, we also realized that the initial technologies used for our program did not provide the level of reliability and audio/video quality that our program required.”

Previously used telemedicine technologies for Mayo Clinic’s tele-neonatology program had issues with reliability, including ability to establish and maintain a connection for the duration of the tele-neonatology consultation.

For example, when using a consumer-grade wireless tablet with HIPAA-compliant video conferencing software, neonatologists were able to connect on the first attempt during only 70% of consults. Further, 15% of consults were interrupted by an unintended disconnection.

“Local providers found the wired telemedicine cart to be bulky and less maneuverable.”

After the initial pilot phase, Mayo Clinic transitioned to a wired telemedicine cart with a hardware CODEC. While this technology improved the ability to connect on first attempt to 83% and reduced dropped connections to 6%, it still did not meet the reliability requirements for tele-neonatology given the emergent, critical nature of the consultations.

“In addition to suboptimal reliability, previous technologies were not meeting provider expectations for audio and video quality,” Fang reported. “When assessing satisfaction with audio/video quality on a 1 (poor) to 5 (excellent) scale, the wireless tablet had a mean rating of 3.3 and 3.2 for video and audio quality, respectively. After transitioning to the wired telemedicine cart, the video and audio quality ratings significantly improved to 4.6 and 4.3, respectively.”

However, users still reported issues with device size and difficulty positioning it in a constricted care environment, lack of mobility due to the wired connection, and audio delay and fragmentation.

“Because reliability and audio/video quality of the previous technologies did not meet our programmatic goals, the Mayo Clinic tele-neonatology program sought a telemedicine product that could provide 99% reliability in rapidly establishing and maintaining a connection, a more responsive remotely controlled camera, seamless high-fidelity audio, and a mobile form factor that fit well into the typical neonatal work space, for example, the labor and delivery room, nursery, and operating room,” Fang said.

A Mayo Clinic neonatologist then establishes a synchronous, audio/video connection with the care team via the telemedicine device in the room. If the newborn requires transfer to Mayo Clinic’s neonatal intensive care unit (NICU), the neonatologist can dispatch the transport team to retrieve the patient as part of the tele-neonatology workflow.

The objective of the Mayo Clinic tele-neonatology study (McCauley et al, Telemed and e-Health, 2019) was to compare the performance of two telemedicine technologies used to provide tele-neonatology consults.

“We hypothesized that the InTouch Health Lite Version 2 telemedicine device (ITH Lite) would provide superior reliability and a higher-quality user experience when compared with a wired telemedicine cart,” Fang said.

“When considering reliability of connection, we demonstrated that the neonatologist was able to connect on first attempt more reliably with the ITH Lite compared with the wired telemedicine cart (96% versus 73% of consults). The improved connection reliability was likely due to proactive monitoring of the device by the vendor and implementation of formal support processes by both the vendor and Mayo Clinic’s Center for Connected Care.”

With enhanced monitoring and support, product availability with the ITH Lite was 99%, Fang added. When compared to the wired telemedicine cart, Mayo Clinic found that a significantly great percentage of incidents were resolved proactively and did not impact patient care when using the ITH Lite (incidents that impacted care, ITH Lite 7% versus wired cart 32%).

The percentage of consults complicated by unplanned disconnections was not significantly different between the two technologies.

“After each tele-neonatology consult, an electronic survey is sent to the community physician and neonatologist,” Fang explained. “Providers rate the technology performance on a 1 (poor) to 5 (excellent) Likert scale. Overall user satisfaction and video quality were not significantly different between the wired cart and the ITH Lite. However, the average audio quality rating was significantly higher for the ITH Lite compared with the wired telemedicine cart: 4.6 versus 4.1.”

This is an important finding because communication is fundamental to a successful newborn resuscitation, and may be even more critical when team members are separated by time and space as is experienced during tele-neonatology consults, Fang explained. To provide high-quality care during neonatal resuscitations, the team needs to share information and communicate intentions and plan of care; for these reasons, exceptional audio quality is imperative during tele-neonatology consults, she added.

“Local providers found the wired telemedicine cart to be bulky and less maneuverable,” Fang reported. “They either had to work around the cart or the neonatologist’s view of the neonate was compromised due to obstruction by the local care team. Comparatively, qualitative data suggested that the ITH Lite was more maneuverable, particularly when moving from one location to another – for example, operating room to nursery.”

Correct positioning of the ITH Lite within the workspace was still important, however, to ensure the neonatologist could secure the necessary view of the neonate, she added.

“The focus of Mayo Clinic’s tele-neonatology program has always been the needs of our neonatal patients, whether they are located in Mayo Clinic Rochester or elsewhere in our region,” Fang said. “By leading with patient care and identifying unmet needs of patients or care teams, organizations can design telemedicine programs that are impactful, effective and highly utilized.”

When developing a tele-neonatology program, the multi-specialty team must consider many factors including service activation and workflow, staff education and training, team building and communication – and the telemedicine technology itself, she advised.

“Our recently published study (McCauley et al, Telemed and e-Health, 2019) focuses on one of these domains, the telemedicine technology,” she said. “We demonstrated that the ITH Lite improved audio quality and ability to connect on first attempt when compared with a wired telemedicine cart. Organizations should consider the reliability of connection, audio/video quality, and fit within the care environment when selecting a technology for their tele-neonatology program.”

In addition, proactive monitoring is broader than hardware and network monitoring, she cautioned. In this study, incidents were not only identified by vendor monitoring of the devices but also during care team and physician training, tele-neonatology simulation sessions, and physician on-call preparation activities.