Researchers say spinal fluid and blood tests could help healthcare providers determine who may be at risk for quicker progression of multiple sclerosis. 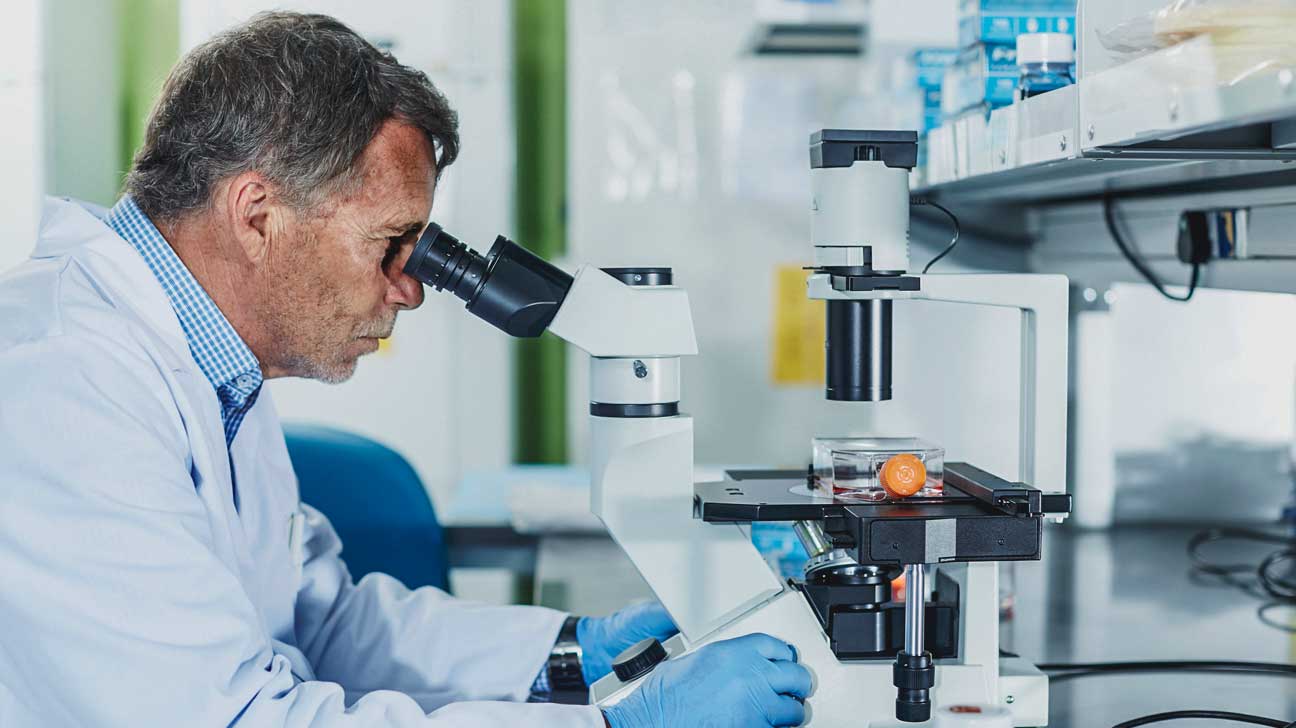 Researchers may have found a way to determine disease progression in people with multiple sclerosis (MS) by using cerebrospinal fluid (CSF).

Currently, there’s no way to precisely determine how the disease will progress after a patient’s first attack.

“MS is different in every person and being able to predict course of disease or severity of disease would be great,” Bruce Bebo, PhD, executive vice president of research at the National Multiple Sclerosis Society, told Healthline. “It would really help clinicians and healthcare providers consider what kind of treatment to provide.”

Some people with MS have a clinically isolated syndrome (CIS) and no other future attacks. Other patients get hit harder and harder, losing mobility and body function.

There are currently 17 disease-modifying drugs for MS approved by the U.S. Food and Drug Administration.

Only one of these drugs, ocrelizumab (Ocrevus), is approved for progressive MS.

In multiple sclerosis, no two patients present the same, so matching patient to therapy is challenging.

These 17 medication choices also come with a variety of risks and side effects, depending on the intensity of the drug.

More potent therapies have potentially greater side effects, while more gentle therapies may not fully control the condition but allow a person to manage life.

With this in mind, Bebo stressed the importance of being able to predict the severity of disease.

“If the patient isn’t going to develop the disease severity then treat with [a drug] with less risks,” he said.

Cost is also a challenge to patients when medications can cost $65,000 per year.

A new study out of University of Birmingham in the United Kingdom found a biomarker showing success in identifying the potential intensity of the disease within individual MS patients.

In this study, CSF and surrounding blood samples were collected via lumbar puncture at the time of diagnosis and then again during the next five years.

The data came from 250 people who were diagnosed with CIS, relapsing remitting MS, primary progressive MS, and other neurological diseases.

About 20 had data collected at the end of five years.

"The use of biomarkers to predict future risk of disability is critical to ensure that individual patients receive the right treatment at the right time," explained S. John Curnow, PhD, a joint lead study author and director of education for the College of Medical and Dental Sciences at the University of Birmingham’s Institute of Inflammation and Ageing.

“There’s clearly an unmet need. It could drive the type of treatment one might receive,” Curnow told Healthline. “[This] could give the physician additional information about going on a more aggressive therapy.”

Curnow added that “it will not be an absolute diagnostic study, [but] it could be another tool in the toolbox about allowing people to make more educated decisions about their treatment program.”

How light chains are used

The biomarker used in the study is a free light chain biomarker and is based on the ratio of kappa to lambda light chains.

Researchers expect the kappa to lambda ratio to be 2:1 in an MS patient.

In the study, they found ratios higher than 100:1 in some patients.

"What was interesting about our findings was that this unusual extreme ratio bias mostly occurred in patients in the early stages of the disease, while there was far less bias in those patients who later developed greater disability.”

“The unusual pattern of antibody suggests a very distinct immune response early in the disease,” he explained. “We are hoping to identify the target of this immune response.”

Identifying the target could lead to finding the trigger that causes MS.

These two light chains, created by B cells, are proteins that make up antibodies. Antibodies are used to fight infection.

“These B cells are the same cells targeted by ocrelizumab,” Bebo said. “Exactly what antibodies do in MS or contribute to inflammation and damage is not clear. Ocrelizumab kills B cells. But it doesn’t change the amount of antibodies in the body.”

“This was a unique study,” added Bebo. “It can and needs to be repeated on a larger group of patients in another laboratory, to gain confidence in the result.”

He added it is “promising as a marker used in combination with imaging markers and other indicators.”

Editor’s note: Caroline Craven is a patient expert living with MS. Her award-winning blog is GirlwithMS.com and you can find her on Twitter.