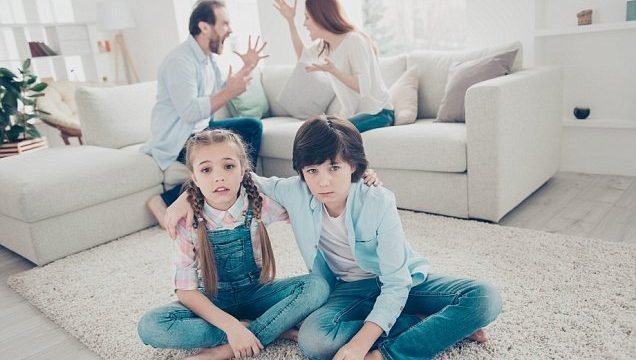 Siblings who get on are less likely to be mentally damaged by warring parents, study finds

Siblings who get on are less likely to be mentally damaged by warring parents, new research suggests.

Children from argumentative households are less at risk of depression, anxiety and aggression if they bond with their brothers and sisters, a study found.

Lead author Professor Patrick Davies, from the University of Rochester, New York, said: ‘Most children not only grow up with a sibling but spend more time interacting with siblings than with any other family member.

‘We showed that having a good relationship with a brother or sister reduced heightened vulnerability for youth exposed to conflicts between their parents by decreasing their tendencies to experience distress’. 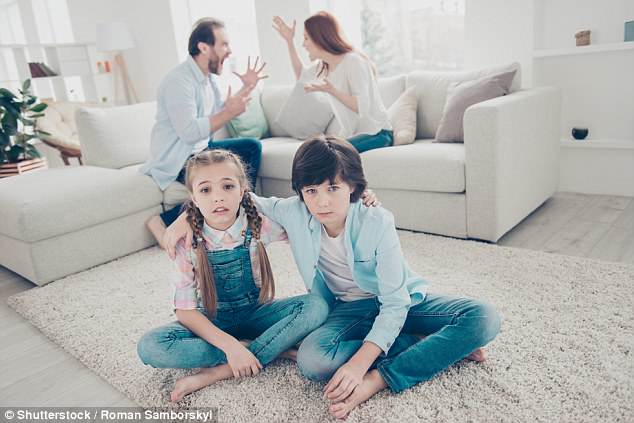 A single ‘fateful life event’ (FLE), which may also include miscarriages, causes the regions of older men’s brains linked to memory, attention and thought to become thinner, a study found.

This is thought to be due to such incidents causing ‘internal’ stress, which leads to cell damage, reduced immunity and genetic changes, according to the researchers.

It is unclear whether such ‘older’ brains increase people’s risk of conditions like dementia or mental-health disorders.

The researchers analysed 359 men aged between 57 and 66 years old who were participating in the Vietnam Era Twin Study of Aging.

The men were asked to record life-changing events that took place over the the past two years.

These were then compared against a similar list collected five years before the participants joined the study.

Within a month of completing the latter list, the men underwent MRI scans and other health assessments.

The researchers note the study was carried out on a snapshot of people, adding it is unclear if women or younger people are similarly affected by FLEs.

They add their findings may help people understand their brain health relative to their age.

The researchers analysed 236 families, which were mostly white and middle class.

The families included children with at least one sibling who was not their twin, along with the mother and father.

Conflict between parents was determined by asking them to discuss topics they disagreed on.

The quality of sibling relationships was measured by questioning their mothers about the children’s closeness and conflicts.

The teenagers reported on how distressing they found family conflicts.

Their mothers and teachers completed questionnaires to determine whether the teenager’s suffered from aggression, depression, anxiety or hyperactivity.

Study author Professor Meredith Martin added: ‘Relationships with siblings protected teens whether we defined a good bond as one that included warmth and problem-solving skills or one that had low levels of destructive conflict or disengagement.

‘Strengthening sibling relationships may not only directly foster children’s psychological adjustment, but also offer new approaches to counteracting the risks associated with experiencing hostility and unresolved conflicts between parents.’

Results further suggest sibling closeness reduces mental distress regardless of their age differences, or if they are the same gender or not.

The researchers add their findings may not apply to families of other races or social statuses. 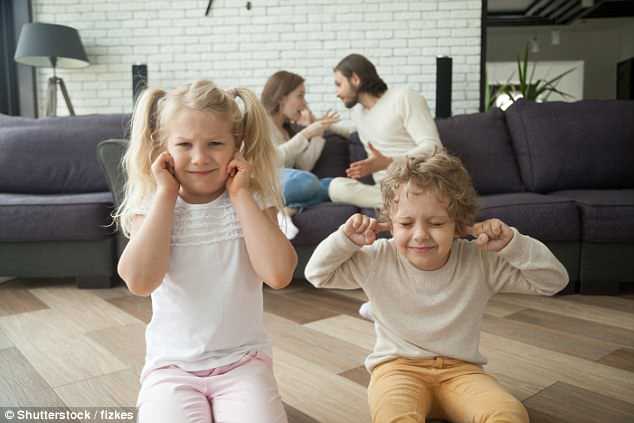 Seemingly harmless, everyday conflicts can make youngsters incapable of interpreting emotions that are not extreme, which may affect their relationships in later life, according to researchers.

This is thought to be due to such children learning to interpret parental anger as a time to retreat, while happiness suggests their surroundings are ‘safe’.

Shy children are particularly affected by such conflicts, the research adds.

Although children of argumentative parents are able to interpret extreme emotions, more subtle expressions pass them by, the study found.

Lead author Professor Alice Schermerhorn, from the University of Vermont, said: ‘The message is clear: Even low-level adversity like parental conflict isn’t good for kids.’