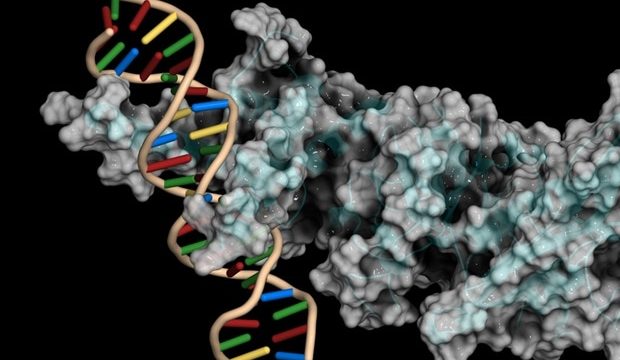 Transcription factors are proteins that interact with DNA to regulate the function of some genes. Generally, a single transcription factor binds to several regions in the genome as it orchestrates complex cellular responses, which require the activation or inhibition of several genes. FoxH1 is an essential transcription factor during embryonic development, and, in adults, it is related to the progression of lung cancer and some types of leukemia.

Scientists at IRB Barcelona led by ICREA researcher Dr. Maria J. Macias have detailed, at the atomic scale, the mechanism through which the FoxH1 factor binds to DNA. In other words, they have described and developed 3D models that recreate how FoxH1 binds to specific points in the genome to perform its function.

FoxH1 stirred the interest of our laboratory and that of others because it plays a very important role in embryonic development and also in the development of some tumors. Although its relevance has been known for a long time, it had not been possible to describe its binding to DNA until now."

"The structural details that we uncovered in this work may allow the development of specific molecules that interact with FoxH1 and that, in the future, potentially give rise to drugs to treat diseases in which this protein plays a key role," she adds.

FoxH1 belongs to a very large family of transcription factors called FOX, but it has some peculiarities. The property that has attracted the most attention on the part of researchers is the ability to bind to DNA even when it is compacted and protected by structures called nucleosomes.

"In addition, the DNA sequence that FoxH1 binds to is different from the sequences recognised by other transcription factors in its family, so we wanted to understand the structural features that allow FoxH1 to acquire these very specific properties," says Dr. Eric Aragon.

"We are very pleased that we were able to resolve these structures below 1Å resolution because it allows us to describe the interactions in great detail," concludes Dr. Radoslaw Pluta, a postdoctoral researcher from the same laboratory. Drs. Aragón and Pluta are co-first authors of the study.

Future work by the laboratory will focus on describing the interaction between FoxH1 and nucleosomes at the atomic scale.

This work is the result of collaboration with the laboratories headed by Dr. Joan Massagué and Dr. Yael David at the Memorial Sloan Kettering Cancer Center in New York. The structural data were acquired at the ALBA synchrotron. The work was funded by the BBVA Foundation, the European Union, the Spanish Ministry of Science and Technology, the Government of Catalonia, and the National Institutes of Health (NIH) in the US.

Institute for Research in Biomedicine – IRB