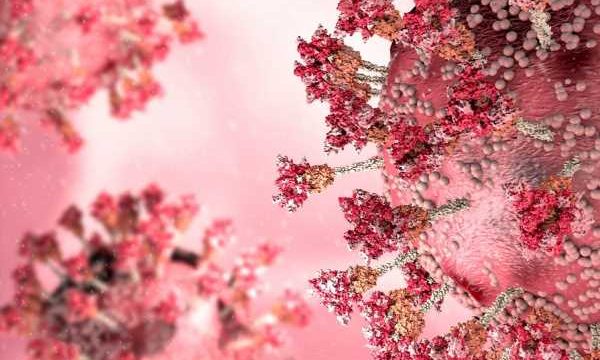 Patients with hematologic disease are at an elevated risk of morbidity and mortality post-infection with the severe acute respiratory syndrome coronavirus 2 (SARS-CoV-2) virus. It is currently unknown whether the Omicron variant leads to reduced disease severity in such individuals.

A new study published in the European Journal of Haematology has addressed this gap in our understanding by studying the clinical outcome and spectrum in 61 patients infected with the SARS-CoV-2 Omicron variant.

Ever since the outbreak of coronavirus disease 2019 (COVID-19) in 2019, the non-pharmaceutical interventions (NPIs) along with the morbidity and mortality of COVID-19 have continued to disrupt everyday life.

The disease has now been seen to affect multiple systems including the cardiovascular system, the nervous system, and the gastrointestinal tract.

Hematologic patients are exposed to immunosuppressive treatments and have a severe immune deficiency. This makes such patients more vulnerable to fatal outcomes post-infection with SARS-CoV-2. Hemoglobinopathies, e.g., sickle cell disease (SCD) and transfusion-dependent beta-Thalassemia (TDT), are associated with an elevated risk of death.

Although the morbidity and mortality aspects are well-documented in hematologic patients, the clinical course of the disease in patients with a non-malignant hematologic disease is less studied. Such patients have been observed to respond poorly to vaccination as well. A significant fraction of patients showed low antibody responses even after being administered three doses of an mRNA vaccine.

The Omicron variant is currently the dominantly circulating strain of SARS-CoV-2 and its clinical presentation differs markedly from prior variants. Although the mortality rate has decreased, Omicron has a reduced susceptibility to be neutralized by treatment with monoclonal antibodies or vaccination. Since the data on hematologic patients with COVID-19 is rare, in the current study, scientists analyzed the disease characteristics in this extremely vulnerable population.

Early data showed attenuation of disease severity with the Omicron variant, but the morbidity and mortality among hematologic patients remained high, compared to the general population. The authors claim this study to be the first in describing the disease severity of the SARS-CoV-2 Omicron variant in both outpatient and inpatient settings.

The sample size was small at 61 individuals. During the study period, 10 patients remained asymptomatic, a percentage that was observed to be similar to statistics from the pre-Omicron and pre-vaccination era. Most patients presented mild or moderate disease and, overall, 50 patients showed common symptoms of COVID-19. More specifically, 60.66% of patients reported fatigue, 52.46% reported cough, and 39.34 reported fever. Seven patients required oxygen therapy, while 10 patients reported dyspnea. In less than 10% of patients, anosmia and ageusia were observed. No significant hemolysis was noted in patients who suffered from hereditary hemolytic anemia.

The disease severity could be studied in 60 patients and during the study period, 5 cases required ICU admission, owing to critical disease. The mortality rate was 9.84 in this patient cohort, but there were heterogeneities in the cause of death. The mortality rate among patients with non-malignant blood disease was 6.25%. The increased prevalence of pulmonary and cardiovascular comorbidities could have made such individuals more susceptible to severe clinical outcomes. It must also be noted that one patient who died was unvaccinated and five others were exposed to B-cell-directed therapy pre-infection. As mentioned earlier, most hematologic patients, however, either remained asymptomatic or reported mild symptoms.

During the course of the pandemic, several treatment options also emerged. Molnupiravir and Sorovimab were approved for treating outpatients in the at-risk category. In this study, 4 patients were treated with the former, while 17 patients were treated with the latter. Post-treatment, only one individual was admitted to the ICU, hinting at the overall excellent tolerance of both drugs. Researchers pointed to the urgent need to further evaluate virus-specific treatments in SARS-CoV-2 infected hematologic patients.

The results taken together suggest milder symptoms of Omicron infection in hematologic patients, compared to previous SARS-CoV-2 variants. Scientists, however, mentioned that it was not possible to infer whether these results were driven by pre-existing host immunity or altered viral pathogenicity, and this issue should be considered in larger studies in the future.