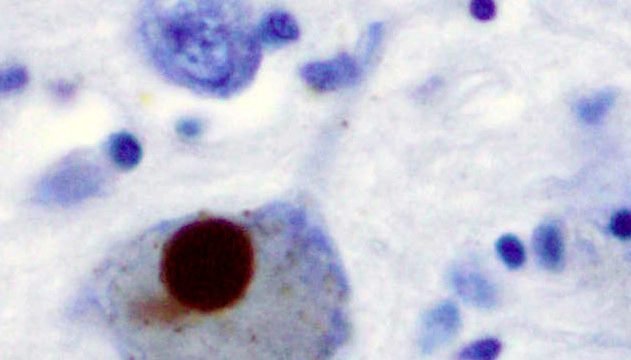 A team of researchers at VIB and KU Leuven has uncovered why people with a hereditary form of Parkinson’s disease suffer from sleep disturbances. The molecular mechanisms uncovered in fruit flies and human stem cells also point to candidate targets for the development of new treatments.

Parkinson’s disease affects 5 million people around the globe. Its typical symptoms are related to movement difficulty: tremor, rigidity, loss of balance. But patients are also faced with several non-motoric symptoms, including disturbed sleep. Nearly all patients experience some form of sleep pattern disturbance, ranging from nocturnal movements or insomnia to daytime sleepiness.

Problems with sleeping patterns are among the earliest symptoms of the disease, sometimes occurring as early as 10 years prior to the onset of motor symptoms and often before the actual diagnosis. Needless to say, this has a huge impact on people with Parkinson’s and their loved ones.

Abnormal lipid trafficking in these neurons disrupts the production and release of neuropeptides, which in turn affects the regulation of sleep and circadian rhythms. The result is a disturbed sleep-wake cycle in the genetically modified flies.

“We uncovered which type of lipid is missing so we could try to rescue the sleep pattern defects by restoring the lipid balance,” explains Jorge Valadas, who is part of the Verstreken team. “When we model Parkinson’s disease in fruit flies, we find that they have fragmented sleep patterns and difficulties in knowing when to go to sleep or when to wake up. But when we feed them phosphatidylserine—the lipid that is depleted in the neuropeptidergic neurons—we see an improvement in a matter of days.”

The findings are promising, but the scientists underscore that a lot of work needs to be done before the results can be translated to patients.

Patrik Verstreken says, “Translating the phosphatidylserine experiments is not straightforward, as similar sleep manifestations are absent in mouse models of Parkinson’s disease. The good news is that phosphatidylserine is already marketed as a food supplement, so if we can prove efficacy in humans, this would be very good news. There are still a lot of questions though. For example, we don’t know if phosphatidylserine could be delivered to the brain in humans, or at which dose.”