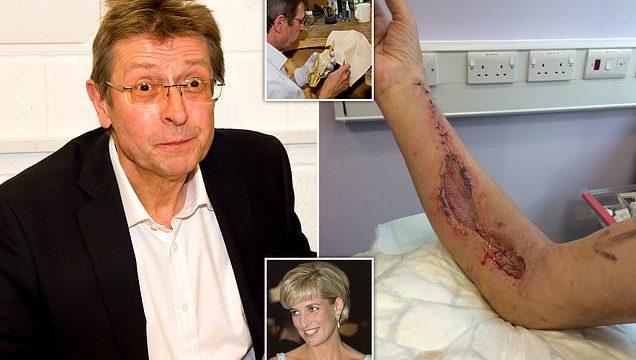 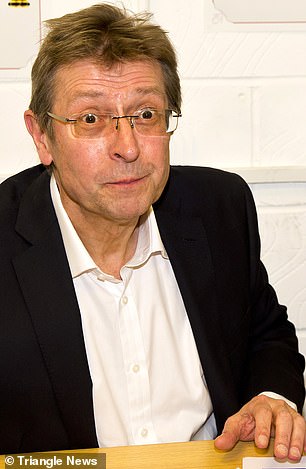 A goldsmith who made jewels for the Royal Family has been left in constant debilitating pain after bungling NHS doctors severed a major artery in his arm.

Tony Bellingham, from Bromley, London, suffers from complex regional pain syndrome (CRPS), a rare and unusual condition that has been dubbed ‘the suicide disease’.

The slightest bump, touch or even change in temperature can leave the 62-year-old’s arm in excruciating agony for hours on end. Doctors have compared the pain to that of childbirth.

Forty per cent of CRPS sufferers end up taking their own life because of the never-ending agony, according to estimates.

The condition is a neurological malfunction of the central nervous system that results in burning, stabbing, shooting and throbbing pain.

Mr Bellingham – who produced jewellery for Princess Diana and Princess Margaret – developed the disorder after a hospital blunder in August 2014.

He had been boxing with sons Adam, 20, Matthew, 23 and Alex, 26 in a gym in south London when he was suddenly struck down with chest pains.

The father-of-three was rushed to King’s College Hospital after a suspected heart attack.

Doctors attempted to insert a catheter into his right arm to perform a coronary angiography. 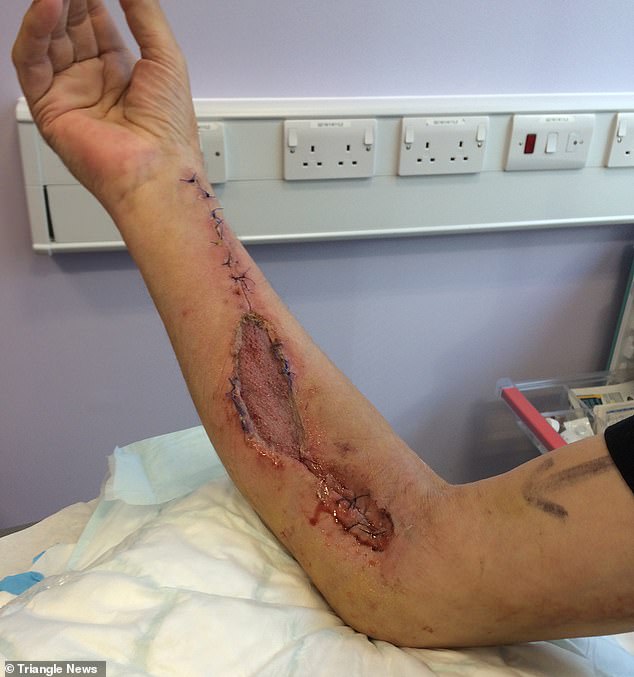 After a suspected heart attack, the father was taken to hospital where medics attempted to put a catheter in his right arm. But they sliced open his brachial artery 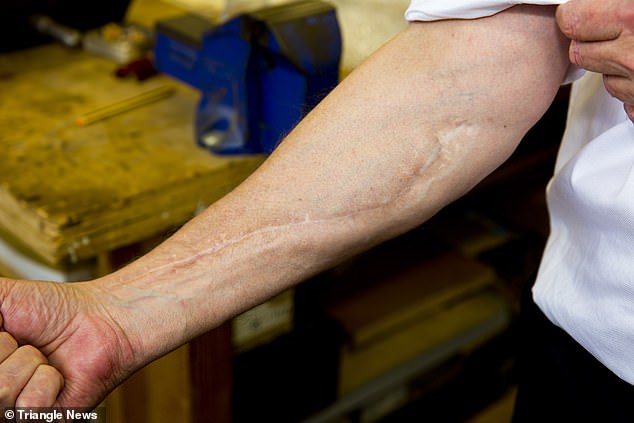 The blunder has caused a rare condition known as complex regional pain syndrome (CRPS). The slightest bump, touch or even change in temperature can leave sufferers in excruciating agony

The procedure sees the long, thin, flexible tube fed into a blood vessel and passed up to the heart and coronary arteries.

A special type of dye is injected through the catheter and used to highlight blood vessels that are narrowed or blocked after a heart attack.

While slicing open the goldsmith’s arm, bungling doctors severed his brachial artery, causing blood to pour out of his limb at an alarming rate.

They battled for 10 hours to save his arm and hand. Mr Bellingham was awarded  £125,000 after suing the NHS. 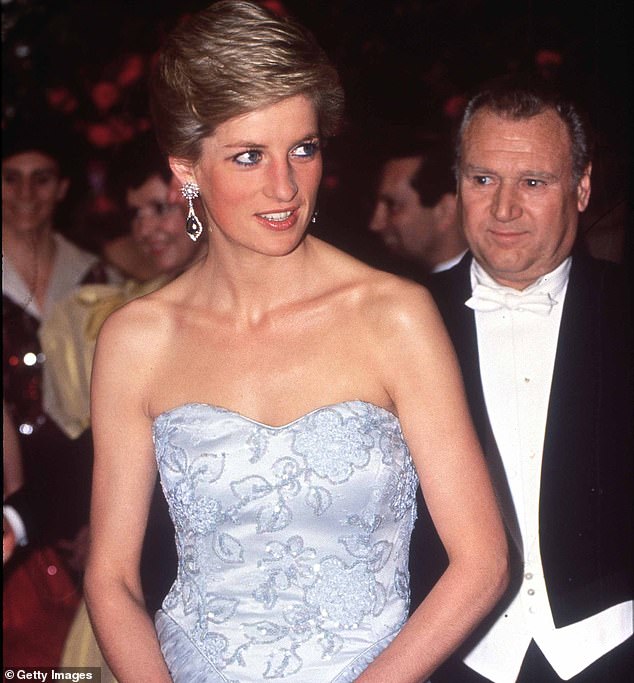 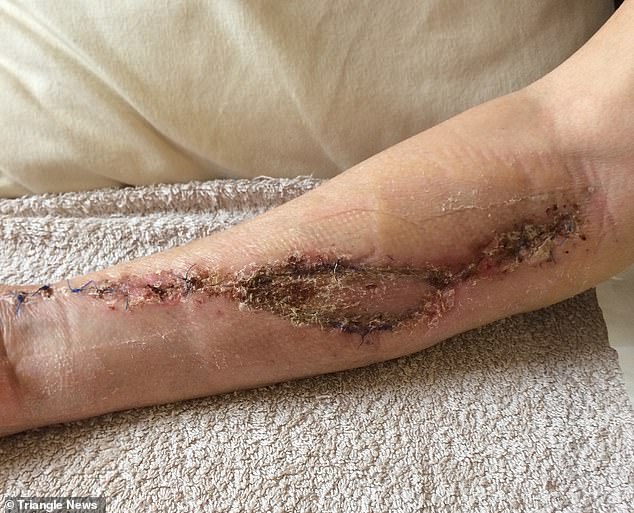 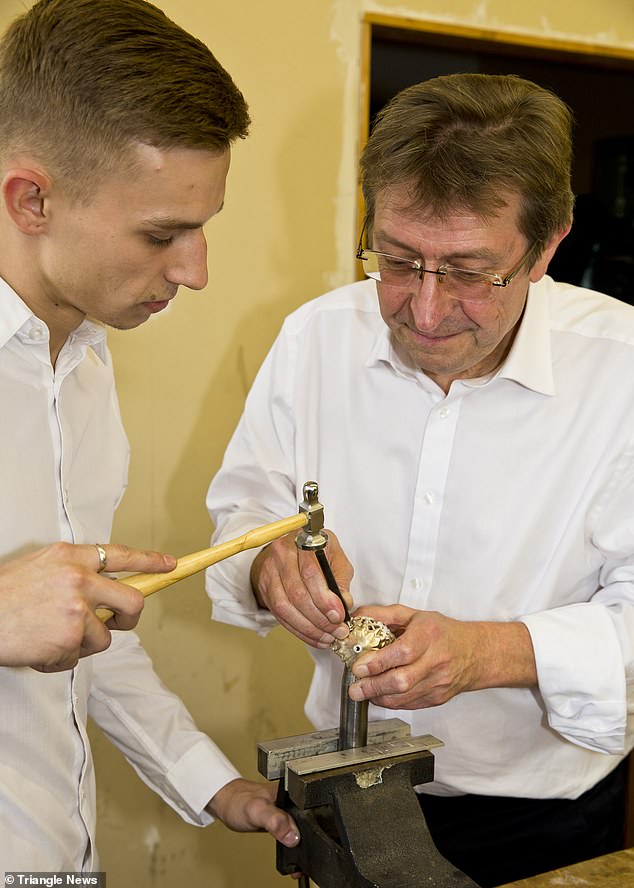 Mr Bellingham and son Matthew work on their latest project – a golden falcon ornament expected to sell to a Saudi Arabian client for a whopping £250,000

But despite the payout, the botched procedure left the goldsmith physically and mentally broken, and his career was in tatters.

On life with the cruel condition, Mr Bellingham said: ‘The easiest way to explain it is that they call it the suicide disease for good reason.

‘For me it feels like my arm is being scolded with steam 24 hours of every day seven days a week without any kind of break.

‘It affects your sanity and is completely and utterly overwhelming not just physically but mentally and emotionally. 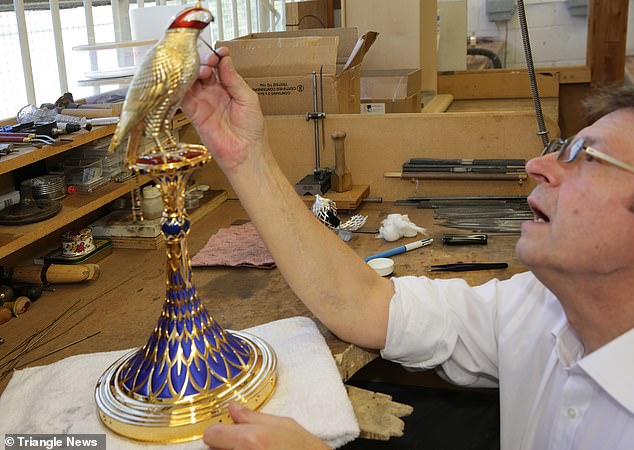 CPRS is thought to affect just one in 20,000 people to varying degrees (Mr Bellingham puts the finishing touches on the golden falcon) 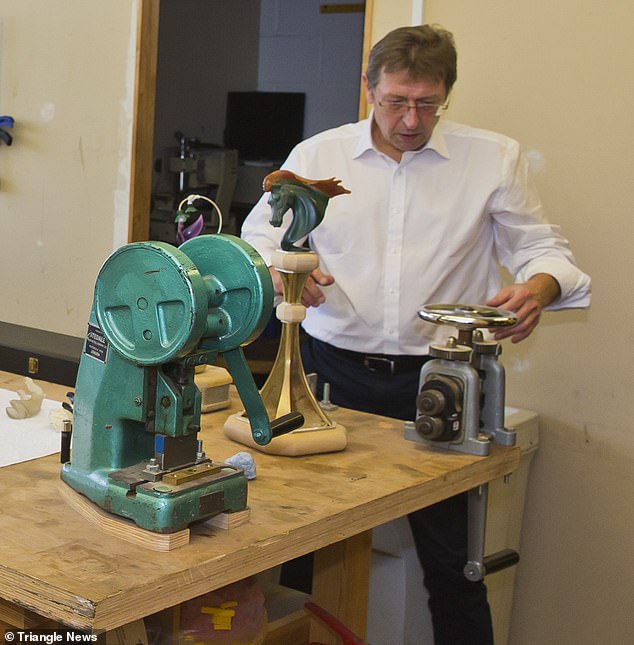 A poorly understood condition where a person experiences persistent severe and debilitating pain.

It’s thought to affect around one in 20,000 people to varying degrees,

Although most cases of CRPS are triggered by an injury, the resulting pain is much more severe and long-lasting than normal.

The pain usually only affects 1 limb, but it can sometimes spread to other parts of the body.

The skin of the affected body part can become so sensitive that a slight touch, bump or even a change in temperature can cause intense pain.

CRPS often gradually improves over time. But some people with CRPS experience pain for many years.

When to get medical advice

You should see a GP if you have persistent pain that’s preventing you from carrying out everyday activities.

Diagnosing CRPS can be difficult because it involves having tests to rule out other possible causes.

It’s best to get help as soon as possible, as early treatment may help reduce your painful symptoms.

The cause of CRPS is unknown, but it’s thought to be the result of the body reacting abnormally to an injury.

It used to be thought that CRPS was a psychosomatic condition, where the symptoms are ‘all in the mind’, but research has disproved this.

It’s difficult to estimate exactly how common CRPS is, as many cases may go undiagnosed or be misdiagnosed.

But it’s thought to be fairly uncommon.

CRPS can begin at any age, including in children, although the average age for symptoms to start is around 50.

There’s currently no cure for CRPS, but there are a number of treatments that can help manage the symptoms.

There are four main types of treatment:

‘It literally feels like I have my arm in steam the entire time. You can’t genuinely comprehend it.’

He added: ‘I have been in various self help groups for people with CRPS and in my group there were 30 but 14 have killed themselves and one was just before Christmas.

‘It is a very cruel thing. It beats you and crushes you and reduces you to zero and below. There is no cure and I will have it until the day I die.’

CPRS is thought to affect just one in 20,000 people to varying degrees. Most cases are triggered by an injury, but the resulting pain is much more severe and long-lasting than normal.

The skin of the affected body part can become so sensitive that a slight touch, bump or even a change in temperature can cause intense pain.

In Mr Bellingham’s case, sometimes washing his hand can spur on severe pain that lasts hours.

The divorcee – who also had his work being commissioned by the White House – was sure his career was over after the diagnosis.

He added: ‘I have made various things for the Royal Family and most are very personal items.

‘I made items for Princess Margaret when she was alive. I also made a couple of very personal pieces that went to Princess Diana which was rather nice.

‘She was such an incredibly famous woman. I made her a pendant necklace, a small watch and several smaller pieces of jewellery like earrings.’

But Mr Bellingham, with the help of his sons, refused to let his disability hold him back and has battled through the pain.

His latest creation – a golden falcon – is expected to sell to a Saudi Arabian client for a £250,000.

It took him one year to complete and he said his passion for creating art has helped keep him alive.

He added: ‘My boys also played a huge part in pushing me back on the right road. If I contemplate what the other choice is I will end up as one of the suicide statistics.

‘As I said to my sons when I first started teaching them to box – it is about never stopping fighting and they quickly fired back at me about this.’

Mr Bellingham employed the help of his son Matthew to make the golden falcon, which is finished with diamonds and sapphires perched on a traditional middle eastern designed base.

Matthew is hoping to follow in his father’s footsteps and has been training with him for a year.

Mr Bellingham added: ‘Matthew is a powerful young man and made me think that the only way I could beat it was to teach myself to make something of beauty in spite of this.

‘I will never be able to stop it and the only way I have of fighting back is to make something incredible.’ 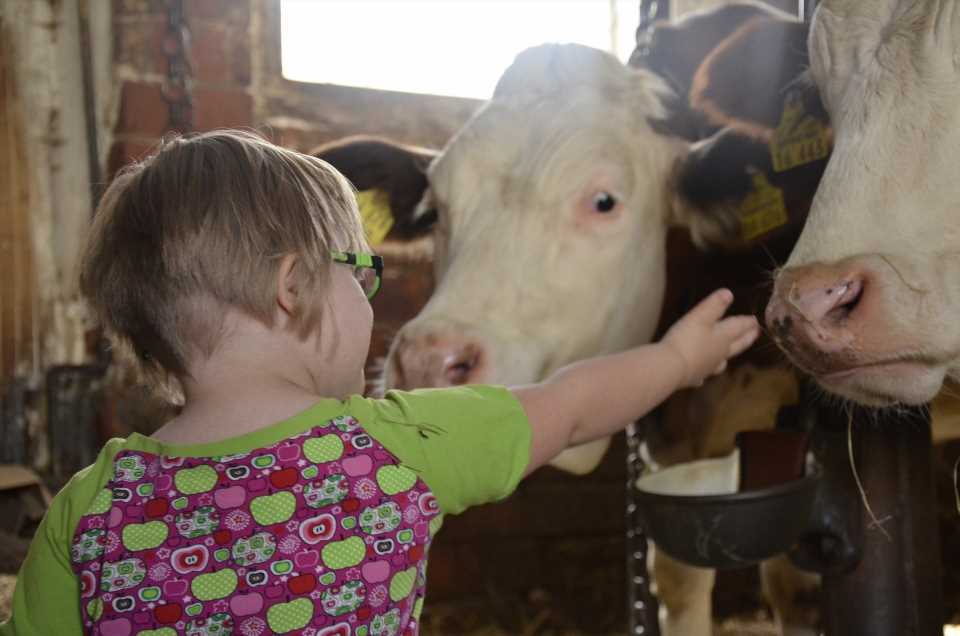