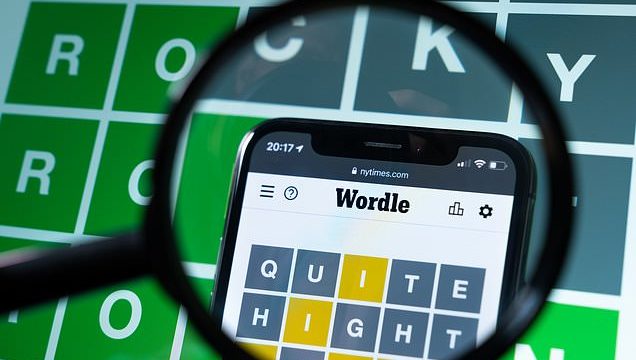 Playing word games regularly can give a person the daily challenge needed to ‘keep your memory and your thinking sharp’, expert says

Playing that daily round of Wordle or doing the daily crossword is not only a fun way to start your morning, it can also have long reaching positive impacts on your brain health, experts say.

Experts say that elderly people who play daily word games can exercise their brain, and potentially stave off cognitive decline and other issues that begin to arise with older age.

One expert even tells DailyMail.com that younger people playing these games daily are putting in work now that will help their brain down the line.

While the mechanism can not be determined by experts, they have long established the trend of working out the brain by giving it simple, solvable, challenges, and keeping it healthy and active. 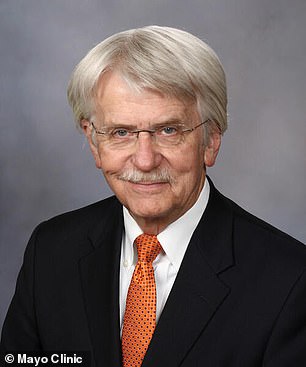 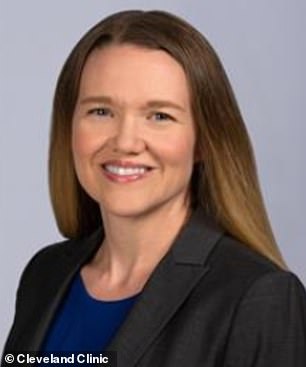 Dr Ronald Petersen (left), director of Alzheimer’s research at the Mayo Clinic, told DailyMail.com that playing the daily word games is a positive lifestyle choice, similar to that of a healthy diet and regular exercise. Dr Jessica Caldwell (right), a neuropsychologist for Cleveland Clinic, said the games can be an easy, ‘autopilot’, way to train the brain

‘My idea about those types of word games is if you enjoy them and they’re giving you a challenge, so you can’t do it on auto pilot, you really need to think about it, then it’s really serving you a good purpose in terms of supporting your brain health for life,’ said Dr Jessica Caldwell, a neuropsychologist for Cleveland Clinic.

Dr Ronald Petersen, director of Alzheimer’s research at the Mayo Clinic in Rochester Minnesota, told DailyMail.com that he recommends patients that show concerns about memory or thinking as they age.

The main benefit of the games is that they are generally fun to do, and a person may passively take part in them without even realizing doing so is helping their brain longterm.

Many people take real enjoyment out of playing word games, and the recent eruption of Wordle – which was developed by an independent game designed before being purchased by the New York Times for a seven-figure sum – shows there is an apatite for these games in the average population.

Combine that with the genuine challenge these games present, along with the potential learning of new words, phrases and ideas can keep the brain active.

‘In order to keep your memory and your thinking sharp, the key is really challenge and learning,’ Caldwell said.

‘Those are the only ways that you’re really actually exercising your brain, you’re growing new neural pathways, you’re supporting the old neural pathways, so the key is you can’t just be busy.’

Petersen explained that playing these kinds of games daily is a lifestyle factor that can affect a person’s health both in the immediate and long-term future, the same way that regular cardio exercise and a healthy diet can boost health longterm. 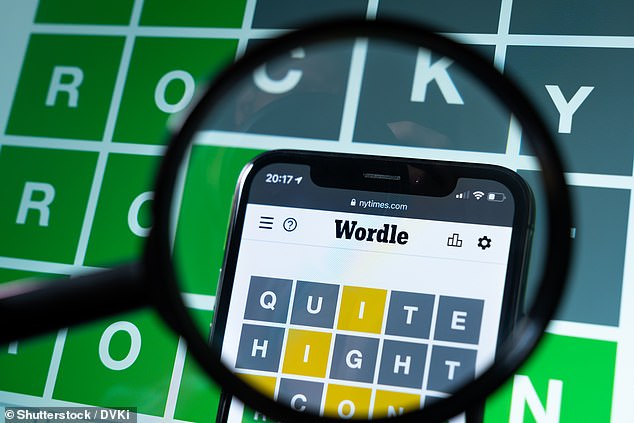 The emergence of Wordle in recent months shows that there is an apatite for quick, easy, world games in the general population

He also described aging as something a person can turn into an ‘active’ process – taking more initiative in the way a person’s body ages – and less of a ‘passive’ process – where a person just allows their body to slowly break down as they age.

Why exactly this is the case can not be determined, though Petersen believes it has to do with ‘plasticity’ of the brain.

Brains plasticity is the ability for the brain, and the neural networks that make it up, to grow and expand over time.

Petersen believes that regularly working out the brain can activate neurons, increasing their plasticity, which can help stave off cognitive decline over time.

While Petersen said that this factor can also apply to video games, simple word games often do not come with some of the downsides.

Playing a video game, like popular titles Minecraft and Call of Duty, can help activate neurons, and even help a person train their visual and audio response to stimulus.

These games can be highly addictive, though, and also cause other issues – like how exposed screen time can hurt a person’s eyes and damage their sleep cycle.