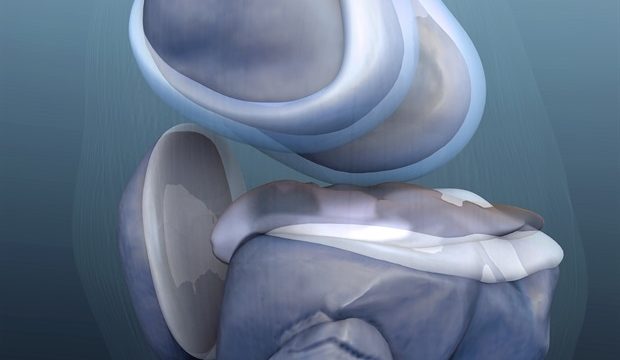 For selected patients with knee osteoarthritis, unicompartmental (or "partial") knee arthroplasty (UKA) shortens the recovery time for two key measures of physical function, as compared with total knee arthroplasty (TKA), reports a randomized trial in The Journal of Bone & Joint Surgery. The journal is published in the Lippincott portfolio in partnership with Wolters Kluwer.

On performance-based tests of walking speed and mobility, patients who underwent UKA show better function starting at 6 weeks postoperatively, compared to 3 to 6 months for those who underwent TKA, according to the clinical trial by Boonchana Pongcharoen, MD, and colleagues of Thammasat University, Pathum Thani, Thailand.

In UKA, just one of three compartments of the knee – the medial compartment – is replaced with a prosthesis. Because it preserves most of the normal anatomy of the knee, UKA may offer a shorter hospital stay and greater knee range of motion postoperatively compared with the more common TKA.

The new study focused on two performance-based tests that directly assess physical function. The 2-minute walk test (2MWT) measures how far patients can walk in 2 minutes, reflecting endurance or walking capacity. The timed up-and-go (TUG) test addresses the ability to rise from a chair, walk a short distance, and sit down again, providing information on functional mobility, balance, and risk of falling.

In the clinical trial, 99 patients with knee osteoarthritis isolated to the medial compartment of the knee were randomly assigned to undergo either UKA or TKA. All patients were assessed with use of the 2MWT and TUG preoperatively and at specified postoperative timepoints. Patient-reported outcomes were tested as well.

The results suggested faster functional recovery according to the 2MWT and TUG in patients who underwent UKA versus TKA. At 6 weeks postoperatively, the 2MWT distance was 96.5 meters in the UKA group versus 81.1 meters in the TKA group. The difference remained significant at 3 months (10.21 versus 87.5 meters) and 6 months (102.8 versus 89.6 meters). At 1 and 2 years postoperatively, 2MWT distances were similar between the two groups.

Patients who underwent UKA also had better performance on the TUG at 6 weeks and 3 months. By 6 months, TUG times were similar between groups. In contrast, most PROMs suggested similar outcomes at all postoperative timepoints.

"The present study demonstrates that PROMs are not entirely capable of detecting the difference in functional recovery between UKA and TKA," Dr. Pongcharoen and coauthors write. They note the findings are also consistent with reports showing that quadriceps muscle strength and knee biomechanics recover more quickly following UKA versus TKA

The randomized trial is the first to demonstrate faster recovery of 2MWT and TUG test scores after UKA compared to TKA. "However, PROMs are still important because they can assess some activities of daily living, such as stepping up and down and putting on socks and pants, that are not assessed in performance-based tests," Dr. Pongcharoen and colleagues write. "Therefore, routine use of the 2MWT and TUG combined with PROMs in standard clinical assessments is recommended to capture the actual improvement in physical status and provide a more comprehensive perspective of functional recovery after UKA and TKA."