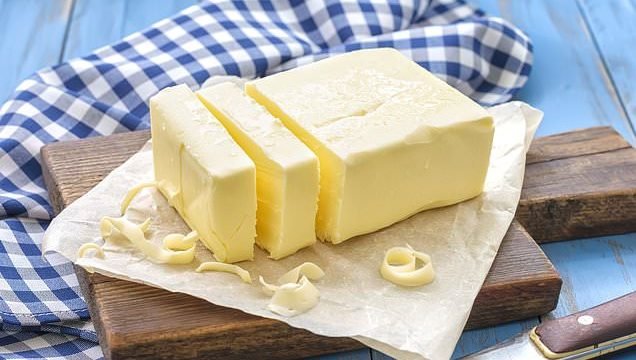 More than 160 scientists have accused a leading medical journal of having a ‘pro-butter bias’.

The British Journal of Sports Medicine is encouraging people to eat fatty foods based on the personal views of its editor rather than robust evidence, they claim.

At the time the study was published in August last year, the journal claimed it had received no rebuttals questioning the evidence.

However, it has since emerged a rebuttal from 168 scientists did not come to light until later.

The experts are demanding the editor-in-chief of The BMJ, which publishes the BJSM, investigate the allegations and stop publishing ‘odd’ studies based on shaky evidence. 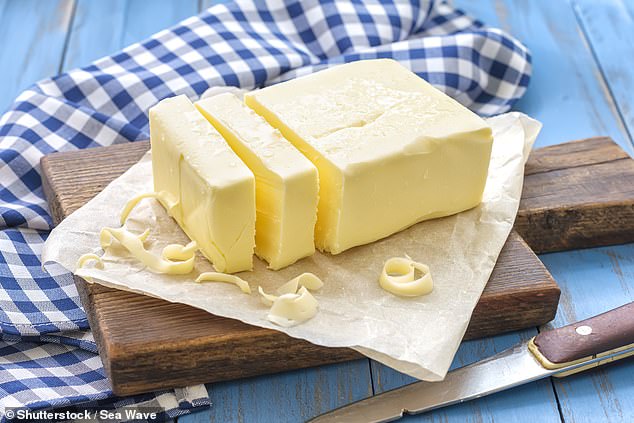 The row began when The BJSM published an opinion piece by doctors controversially arguing that saturated fat does not clog arteries.

Instead, the medics insisted carbohydrates are bad for the heart.

At the time, Dr Malhorta said: ‘Despite popular belief among doctors and the public, the conceptual model of dietary saturated fat clogging a pipe is just plain wrong.’

He added levels of so-called ‘good’ cholesterol are a better predictor of a person’s heart disease risk than ‘bad’ cholesterol.

Saturated fat, which is found in butter and cheese, has been to shown to increase bad cholesterol.

‘It is time to shift the public health message in the prevention and treatment of coronary artery disease away from measuring serum lipids (blood fats) and reducing dietary saturated fat,’ the study’s authors wrote.

However, leading academics from around the world have since accused The BJSM of downplaying evidence against butter because of ‘editorial bias’.

THE ROW OVER SATURATED FATS

Saturated fats have been demonised since the 1970s after a major study linked them to high levels of ‘bad’ cholesterol (LDL).

Several trials have since added fuel to the fire, by bolstering the link between the fat – found in butter – and boosted cholesterol levels.

The type of fat has also been linked to dementia, by blocking the blood flow to the brain, and cancer as it contains oestrogen which fuels tumour growth.

But confusion over the safety of saturated fat has intensified in recent years, amid studies that have shown the fat can actually boost ‘good’ cholesterol levels (HDL).

They wrote: ‘There appears to be an absence of systems to prevent personal views held or supported by the editor-in-chief from generating irrelevant and/or imbalanced narratives.’

Others have called the ‘evidence’ supporting butter as being ‘simplistic’, ‘muddled’ and ‘misleading’.

Dr Mike Knapton, from the British Heart Foundation, said: ‘Decades of research have proved that a diet rich in saturated fat increases “bad” LDL cholesterol in your blood, which puts you at greater risk of a heart attack or stroke.’

And David Nunan, of the centre for evidence-based medicine at the University of Oxford, who organised the protest, has also questioned why a journal devoted to sports medicine is publishing articles about fatty food.

The BJSM, which is edited by Professor Karim Khan, has published 10 articles criticising healthy-eating guidelines.

‘It’s like the Journal of Atherosclerosis publishing an article about knee injuries,’ Mr Nunan told The Times.

‘It’s odd and it raises questions about why it’s there. The narrative is all about a low-carb, high-fat diet. That’s a personal stance.’

But he did cite a saying attributed to the playwright George Bernard Shaw: ‘I learned long ago, never to wrestle with a pig.

‘You get dirty, and besides, the pig likes it.’