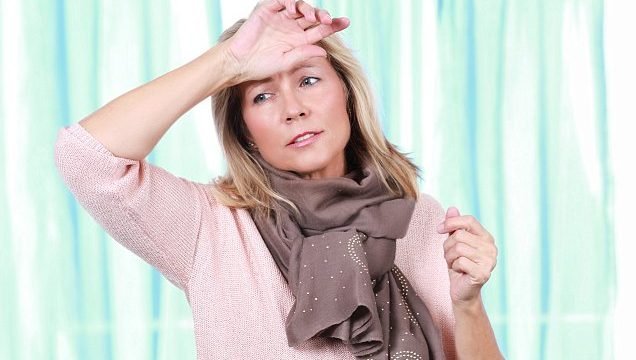 Eat your way to a later menopause: A diet rich in oily fish and green beans could help to delay the process while carbohydrates might speed it up

A diet rich in oily fish and green beans could help to delay the menopause while carbohydrates might quicken its onset, research suggests.

Regularly eating oily fish such as salmon, mackerel and sardines was associated with a delay of more than three years.

But women who often ate refined carbohydrates such as pasta and white rice typically reached the menopause around 18 months sooner than the average age of 51, the study found. Lead author Yashvee Dunneram, said: ‘This study has shown that there are some specific associations between food groups and nutrients with the onset of natural menopause.

‘These are all a good source of antioxidants, which protect our ovaries and could lead to a longer menstruation period.’

The menopause occurs when oestrogen levels fall, typically between 45 and 55, which leads to periods stopping, hot flushes, sweating and the inability to have children naturally.

Researchers from the University of Leeds used data from 14,000 women in the UK and a follow-up survey four years later.

More than 900, between the ages of 40 and 65, had experienced a natural start to the menopause in that time.

What to eat… and what to avoid

The researchers found that the average age of menopause was 51 but that there were trends in timing that were associated with certain foods.

Women who ate lots of vegetables such as green beans and peas went through the menopause around a year later than those who did not eat them. A higher intake of vitamin B6 and zinc, found in food including poultry, beef, fish, seeds and avocados, also appeared to delay the onset. Among childless women, eating more grapes and poultry was associated with a later menopause.

Vegetarians were found to start the menopause a year earlier than those who eat meat, according to the study published in the Journal of Epidemiology and Community Health.

Antioxidants delay natural damage to the body’s DNA. Green beans and peas contain antioxidants, while omega 3 fatty acids, which are abundant in oily fish, also stimulate antioxidant activity in the body. But refined carbohydrates boost the risk of insulin resistance, which can interfere with sex hormone activity and boost oestrogen levels. This may increase the number of menstrual cycles and deplete egg supply faster, the authors said.

While vegetarians consume a lot of antioxidants, they are also likely to eat more fibre and less animal fat. This is linked with low oestrogen levels, which may also alter the timing of the menopause, they suggested.

The researchers warned that their study was observational and further research is needed to look at whether these associations were cause or effect.

And commenting on the study, Dr Channa Jayasena, a consultant in reproductive medicine at Imperial College London, said: ‘The body’s metabolism plays an important role regulating ovulation and having periods.

‘The authors suggest that women who took more refined carbs and savoury snacks, and were vegetarian had an earlier menopause. It is tempting to speculate that this provides a recipe for delaying menopause.

‘Unfortunately, a big limitation of these observational studies, is their inability to prove that dietary behaviour actually causes early menopause.’