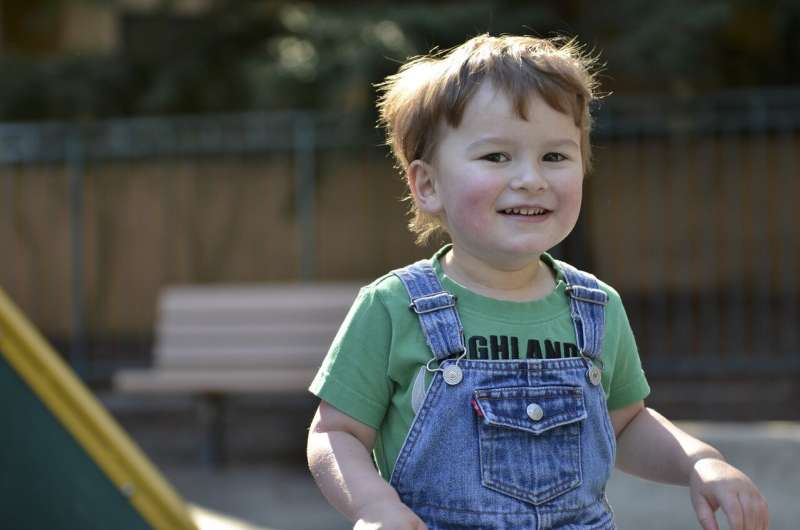 One of the biggest longitudinal research studies of its kind in the world led by The Hospital for Sick Children (SickKids) and the Centre for Addiction and Mental Health (CAMH) suggests that positive outcomes for children with autism spectrum disorder (ASD) are more common than previously thought.

ASD refers to a group of neurodevelopmental conditions resulting in challenges related to communication, social understanding and behaviour. One in 100 people may have ASD and although a person can be diagnosed at any time, ASD symptoms generally appear and are diagnosed in the first few years of life.

The study found that 80 percent of children experienced growth or proficiency in at least one of the five domains and 23 percent of children were doing well in four or more of the domains by mid childhood. Core to the study approach was shifting the definition of a ‘good outcome’ to ‘doing well’.

“It was encouraging to find that most ASD children were doing well by 10 years old by some measure. By using different criteria to track their development apart from those used to diagnose autism—such as ASD symptoms and cognitive ability—we were able to reframe more holistically how we conceptualized progress in the autism field,” says co-author Dr. Peter Szatmari, Psychiatrist in Chief, Department of Psychiatry and Senior Scientist, Neurosciences & Mental Health at SickKids, and Chief of the Child and Youth Mental Health Collaborative between SickKids, CAMH and the University of Toronto.

“Specifying an outcome implies that there’s an end point, whereas doing well relates to an individual’s circumstances at a particular point in their life’s journey with autism—especially important since these kids are just at the start of a journey.”

Historically, research literature and outcome evaluations have focused on the deficits people with ASD may experience in intellectual or skills development and less has been studied in the Canadian paediatric context.

The researchers followed 272 children diagnosed with ASD from clinics across Canada from the ages of 2 to 10 years old, or mid childhood, a notable age as children transition to greater autonomy and increased social and academic demands.

Unique to the approach was the use of growth as a measurement, which allowed for comparison of whether an individual child improved in a domain against their younger selves.

“Changing the narrative away from a deficit-based system to one that recognizes growth and success can serve as a foundation for building up each unique child as they tackle new skills and developmental stages in life,” says Dr. Katherine Cost, co-author of the paper and Research Associate in the Department of Psychiatry at SickKids.

The study also examined contextual factors such as household income, parent coping and family functioning (such as positive communication and support among family members).

The findings indicated that higher household income and better family functioning were important predictors in several aspects of doing well—suggesting that adequate income and a well-functioning family may help improve outcomes for a child with ASD.

“Contextual factors like household and family functioning remind us that an autism diagnosis exists alongside the social context in which ASD children are growing up,” says Cost.

Cost says while social and environmental factors have been studied in relation to their effects on child development, there is little research among children with autism.

A strengths-based perspective on an autism diagnosis can help support a more flexible approach to developing future interventions that’s tailored to each child.

“There is no one way of doing well, but these findings open up a new avenue of research to assess what types of specific interventions, such as providing more income resources or alternative treatment planning for families at an earlier stage of development, may help increase the likelihood that more children with ASD will do well over time,” says Szatmari.