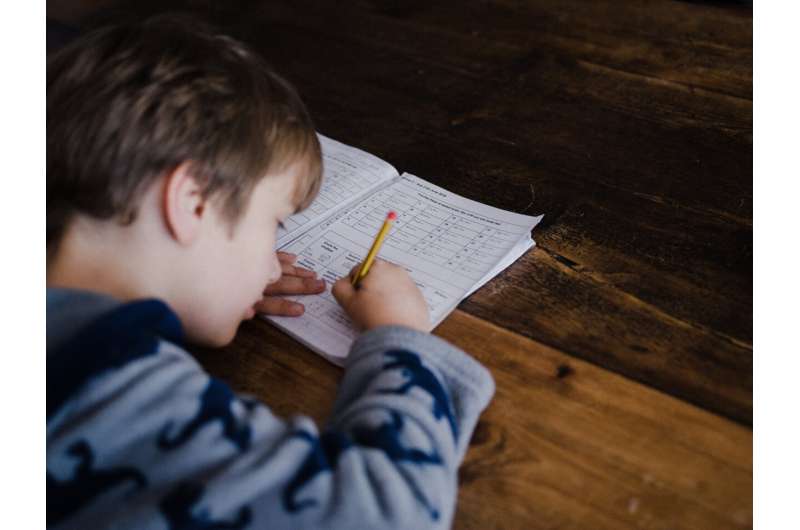 Children of mothers who were hospitalized for psychiatric conditions during their pregnancy or up to one year after birth were more likely to have poorer academic grades at the age of 14, with boys being impacted the most.

The research, published in Psychiatry Research, investigated the link between poor school performance in the adolescent children of mothers who experienced psychiatric hospitalizations during the prenatal and perinatal periods by using NAPLAN data obtained from educational and health registries in New South Wales.

Lead author Dr. Getinet Ayano, from the Curtin School of Population Health, said maternal well-being during pregnancy and after birth was important for the mother and her children.

“Psychiatric disorders, such as bipolar disorder or schizophrenia, can occur during the perinatal and prenatal periods, with recent evidence suggesting more than two-thirds of women with psychiatric disorders are also parents,” Dr. Ayano said.

“After adjusting for other risk factors such as age, marital status, and birth weight, our study was able to show a direct link between mothers who were hospitalized with these types of conditions and poor academic performance by the age of 14 (year nine) in their children, compared with children of mothers without such hospitalizations.

Dr. Ayano said this study was one of the first to investigate this direct link, adding the findings highlighted the need for better educational support for children whose mothers suffered from psychiatric conditions during these crucial periods.

“Previous research suggests that psychiatric or mental health disorders in expecting or new mothers can have a lasting impact on cognitive, emotional and behavior outcomes of children. Given the rise of mental health conditions in the community, it is a critical issue that needs addressing,” Dr. Ayano said.

“In order to ensure children are given the best opportunity to learn in school, early intervention strategies are needed to support children whose mothers had a prenatal or post-natal psychiatric history.

“Further research is needed to better understand why the children of mothers with prenatal and perinatal psychiatric disorders are at an increased risk for poor educational outcomes, specifically looking at why boys are impacted the most.”

The research was co-authored by researchers from the Curtin School of Population Health and The University of Queensland.

The paper is titled “Academic performance in adolescent offspring of mothers with prenatal and perinatal psychiatric hospitalizations: a register-based, data linkage, cohort study.”