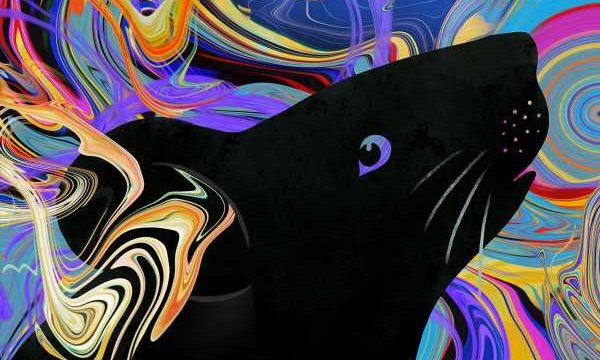 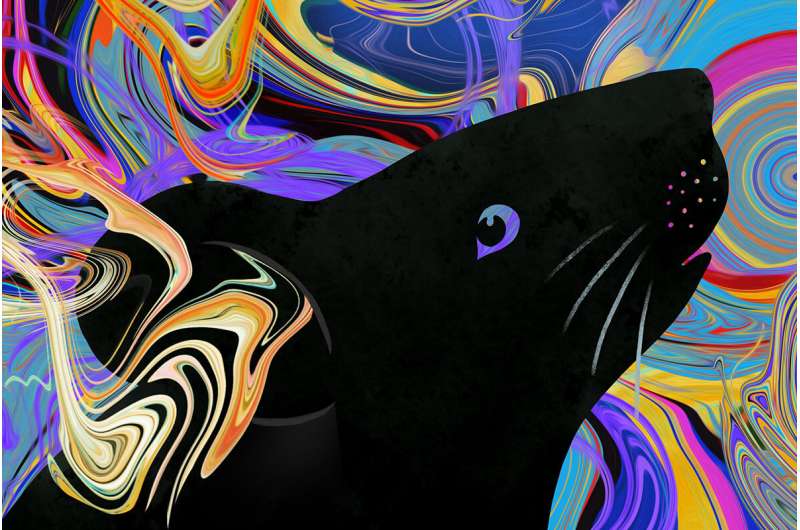 The humble lab mouse has provided invaluable clues to understanding diseases ranging from cancer to diabetes to COVID-19. But when it comes to psychiatric conditions, the lab mouse has been sidelined, its rodent mind considered too different from that of humans to provide much insight into mental illness.

A new study, however, shows there are important links between human and mouse minds in how they function—and malfunction. Researchers at Washington University School of Medicine in St. Louis devised a rigorous approach to study how hallucinations are produced in the brain, providing a promising entry point to the development of much-needed new therapies for schizophrenia.

The study, published April 2 in the journal Science, lays out a way to probe the biological roots of a defining symptom of psychosis: hallucinations. The researchers trained people and mice to complete a computer-based task that induced them to hear imaginary sounds. By analyzing performance of the task, the researchers were able to objectively measure hallucination-like events in people and mice. This innovative approach allowed them to study the neural circuits underlying hallucinations, opening up mental symptoms to the kind of scientific studies that have been so fruitful for diseases of other parts of the body.

“It’s so easy to accept the argument that psychosis is a fundamentally human thing and say, ‘Forget about mice’,” said senior author Adam Kepecs, Ph.D., a professor of neuroscience and of psychiatry, and a BJC Investigator at the School of Medicine. “But right now, we’re failing people with serious psychiatric conditions. The prognosis for psychotic patients has not substantially improved over the past decades, and that’s because we don’t really understand the neurobiology of the disease. Animal models have driven advances in every other field of biomedicine. We’re not going to make progress in treating psychiatric illnesses until we have a good way to model them in animals.”

Psychosis occurs when a person loses touch with reality. During a psychotic episode, people may acquire false beliefs (delusions) or confidently believe that they are seeing or hearing things that are not occurring (hallucinations). A psychotic episode can be a sign of a serious mental illness such as schizophrenia or bipolar disorder, but people without mental illness also can experience symptoms such as hallucinations.

To study how hallucinations occur, Kepecs—with first author Katharina Schmack, MD, Ph.D., of Cold Spring Harbor Laboratory, and colleagues—set up a computer game that could be completed by both people and mice. The researchers played a particular sound, and subjects indicated that they’d heard it by clicking a button (people) or poking their noses into a port (mice). The task was made challenging by obscuring the sound with background noise. People in the study rated how confident they felt that they’d accurately identified a real sound by moving a slider on a scale; mice indicated their confidence by how long they waited for a reward. When a subject confidently reported that he or she had heard a sound that was not actually played, the researchers labeled that a hallucination-like event.

While simple in design, the task appeared to tap into the brain circuits underlying hallucinations. People with more hallucination-like events during the experiment also were more likely to experience spontaneous hallucinations—as measured by questionnaires designed to evaluate psychiatric symptoms in the general population—even though no participants were diagnosed with a psychiatric condition.

People’s beliefs and expectations can prime them to experience hallucinations. Expecting to hear a certain word makes it more likely that people actually report that they have heard it, even when it wasn’t spoken. In fact, previous studies have shown that people who are prone to hallucinations are particularly susceptible to this kind of priming.

“Human speech is very difficult to comprehend in a noisy environment,” Kepecs said. “We are always balancing our prior knowledge of human speech against what we’re hearing in the moment to understand spoken language. You can easily imagine that this system can get imbalanced, and all of a sudden you’re hearing things.”

To test whether mice also can be primed the same way, Kepecs and colleagues manipulated the mice’s expectations by adjusting how frequently the sound was played. When the sound was played frequently, the mice were even more likely to confidently but wrongly report that they’d heard it—similar to people.

To better connect mouse and human experience, the researchers also used a drug that induces hallucinations. Ketamine can induce distortions in perceptions of sight and sound and can trigger psychotic episodes in healthy people. Mice that were given ketamine before performing the task also reported more hallucination-like events.

Having established these crucial similarities between mice and people, the researchers then investigated the biological roots of hallucinations. By studying mice, they could make use of an arsenal of technologies for monitoring and controlling brain circuits to figure out what happens during hallucination-like events.

The brain chemical dopamine has long been known to play a role in hallucinations. People experiencing hallucinations can be treated with antipsychotic medications that block dopamine. But how dopamine changes brain circuits to produce hallucinations has remained unknown.