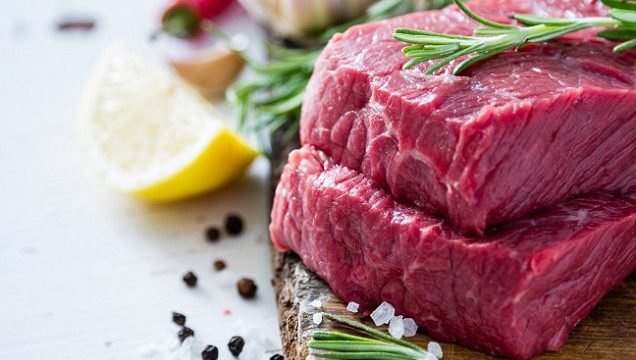 Middle-aged men who eat plenty of lean meats to get fit face a 43% higher risk of heart failure, finds study

Middle-aged men who eat plenty of lean meat to get fit may inadvertently be raising their chances of heart failure, a study suggests.

Experts found too much protein from beef, chicken and pork boosts the risk of heart failure by 43 per cent for those between 42 and 60.

High-protein diets that recommend lean meats are often used by bodybuilders and praised by nutritionists to help efforts to build muscle and lose fat.

They are commonly confused with low-carbohydrate diets, such as the Atkins Diet, which may involve eating large amounts of fat instead.

The new study, by Finnish scientists on more than 2,000 volunteers, suggests there is a downside to consuming plenty of lean meat – and dairy.

Heart failure is a serious long-term condition and means that the heart is unable to pump blood around the body properly, causing breathlessness and chronic fatigue.

There is no cure and it is often caused by fats clogging up arteries, high blood pressure and conditions affecting the heart muscle known as cardiomyopathy. 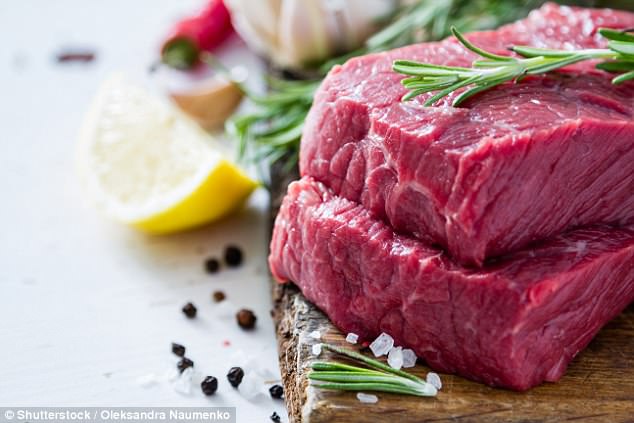 What the study says

Researchers recorded their daily protein intake. Around 70 per cent of protein intake came from animals, while more than a quarter was from plant sources.

The researchers found the overall risk of heart failure for patients who consumed a high amount of protein was 33 per cent higher.

But when broken down into sub-groups, it was 43 per cent higher for animal protein, 49 per cent for dairy protein and 17 per cent for plant protein.

Only proteins from fish and eggs were not associated with the risk, researchers from the University of Eastern Finland said.

Lead author Jyrki Virtanen said: ‘As many people seem to take the health benefits of high-protein diets for granted, it is important to make clear the possible risks and benefits of these diets.

‘Earlier studies had linked diets high in protein – especially from animal sources – with increased risks of type 2 diabetes and even death.’

What are the risks?

Study co-author Heli Virtanen said: ‘Despite the popularity of high protein diets, there is little research about how diets high in protein might impact men’s heart failure risk.

‘As this is one of the first studies reporting on the association between dietary protein and heart failure risk, more research is needed before we know whether moderating protein intake may be beneficial in the prevention of heart failure.’

The American Heart Association estimates that one in five Americans 40 and older will develop heart failure – a condition which can shorten life expectancy.

The researchers say ‘with no cure, preventing heart failure through diet, lifestyle and more is vital’.

However, another recent study suggests eating small amounts of protein could help fight the onset of heart failure, according to research led by the University Medical Centre Groningen, in the Netherlands.

In fact, eating plenty of protein could be the key to fighting heart failure in the elderly.

A study of more than 2,000 Europeans looked at, and compared, a person’s heart health with their protein intake.

It found that people who ate the smallest amount of protein had a 46 per cent higher chance of death than those who ate the most.

WHAT IS HEART FAILURE?

Heart failure means that the heart is unable to pump blood around the body properly. It usually occurs because the heart has become too weak or stiff.

Heart failure doesn’t mean your heart has stopped working – it just needs some support to help it work better. It can occur at any age, but is most common in older people.

Heart failure is a long-term condition that tends to get gradually worse over time. It can’t usually be cured, but the symptoms can often be controlled for many years.

The main symptoms of heart failure are:

Some people also experience other symptoms, such as a persistent cough, a fast heart rate, and dizziness.

See your GP if you experience persistent or gradually worsening symptoms of heart failure.