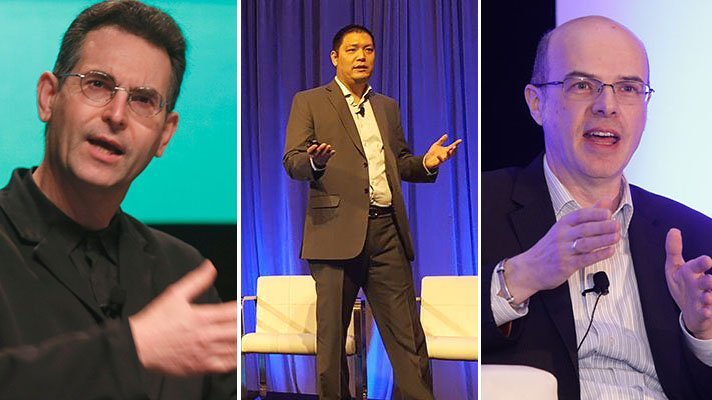 The acronym for chief information officer is perhaps the last remaining link to the role CIOs have historically played.

Indeed, the role is changing and CIOs — and other IT pros as well — must keep pace with new skill sets to thrive in their careers.

As Phoenix Children's Hospital Chief Information Officer David Higginson sees it, there have been three ages of the CIO so far in U.S. healthcare.

"In the '80s and '90s it was kind of a plumber type person who got the network working, got the servers running, got the emails going, and that was their job," Higginson explained in an interview at HIMSS18. "Next, in the 2000s, we got into having great big budgets and being tasked by the organization to 'Go make this thing happen.' I think a lot of CIOs today did really well in that project management, system implementation-type field."

Those first and second waves were critically important to the digitization of healthcare but they are now effectively over at all but small and rural providers.

"The potential role for the CIO is to be the digital transformation person who's going to understand what's going on with business and then apply technology to get something out of it."

Hospital technology leaders, in fact, have moved beyond desktop support and implementation to an era of innovation and constant information knowledge, said Sam Hanna, a professor of healthcare strategy and program director of the Masters of Science in Management of Healthcare Informatics and Analytics at The George Washington University's School of Public Health.

"Gone are the days of tactical and project management expertise," Hanna said. "To be effective, the role requires transformational thinking, real-world innovation experience, and the ability to connect multiple pieces of strategy, technology and people together for better sustainable outcomes."

Most health systems in the U.S. have their IT infrastructure in place and operational. But with electronic health records nearly ubiquitous, the next charges are connectivity, interoperability, optimization and innovating on top of the digitized platform to further strategic goals.

"We're moving toward more of an information science," Higginson said. "All that effort and all that money we've spent getting data into the system – now what are we going to do with it?"

Perhaps not coincidentally the third wave for CIOs comes at the same time as what analyst house IDC described as the Third Platform. Built on the four pillars of digital transformation big data and analytics, cloud computing, mobile and social (otherwise known b as SMAC for social, mobile, analytics and cloud), IDC predicted that the Third Platform will fuel innovation for the next two decades, in healthcare as well as other industries, of course.

As hospitals move toward information science and embark on digital transformation those overarching trends, effectively running on the Third Platform, will further change CIOs' jobs along with the very nature of the IT shops they spearhead.

Going out to the cloud for analytics, clinical decision support, EHRs, not to mention a raft of mobile apps and social networks, might seem like something everybody does nowadays but it's still a radically different model than IT departments packed with software architects and programmers building proprietary programs or keeping massive databases and enterprise apps up and running.

"The potential role for the CIO is to be the digital transformation person who's going to understand what's going on with business and then apply technology to get something out of it," Phoenix Children's Higginson said.

Hanna added that it is imperative technology executives are able to lead an IT team that works much like a think tank within hospitals to drives innovation.

"The skills," Halamka said, "are more aligned with sociology and business school training than technology."

What's next? The post-modern CIO

As chief information officers and hospitals turn their focus from technology to information, the CIO role is evolving into a full-fledged executive charged with generating revenue and scaling the digital business.

Chou explained that the CDO role is to be a strategic agent with "business insight, change energy and a more explicit transformational focus," than more traditional IT leaders, responsible for building and maintaining infrastructure and networks.

"This shift necessitates big changes in strategy, culture, organization and competency that extend beyond the IT organization to encompass all business functions," Chou said.

"[The post-modern CIO] needs to make sure they have the right leaders around them to execute the strategy."

Marx agreed with Halamka, Chou and Higginson that CIOs also must understand the business in order to deliver on strategy.

“You need to be spending the bulk of your time with the business – whether it's shadowing clinicians, understanding the detailed nature of supply chain or HR processes, understanding all aspects of the business, whether it's the operational, clinical or business components,” Marx said. “You need to be able to blend in and speak as if you were one of them.”