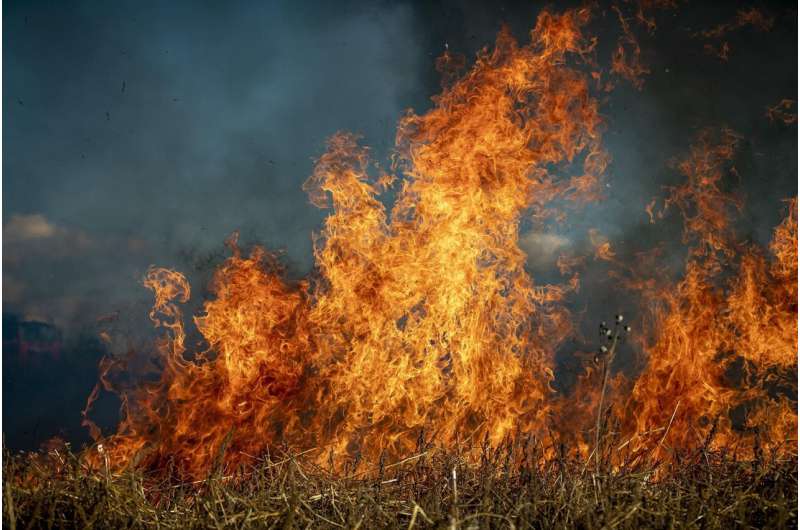 As part of research led by the Department of Health, Curtin University and Murdoch University, researchers examined more than 1.54 million emergency department admissions between 2015 and 2017 to assess the immediate impact of a person’s exposure to bushfire smoke over four days.

“Bushfire smoke has significant and measurable impacts on human health and increases the number of patients seeking medical treatment in emergency departments. Pollutants from bushfires can affect air quality hundreds and even thousands of kilometers away from the site of the fire,” Dr. Shirangi said.

“Air pollutants as tiny as 3% the size of a human hair, known as PM2.5, are of particular concern as it can penetrate deep into the lungs and enter the bloodstream, leading to various cardiorespiratory problems.

“This tiny air pollutant is most significantly elevated during Australian bushfire events, and its levels exceed the regulatory air quality standards, meaning it is extremely unsafe to inhale.”

Dr. Shirangi said the results confirmed existing research that people aged 60 years and above, people with disadvantaged socioeconomic status and those with heart or lung problems were more susceptible to bushfire smoke.

“This study was the first of its kind to find a significant ‘dose-response’ relationship between a person’s exposure to elevated PM2.5 during bushfire events and their increased risk of ED admissions due to transient ischemic attacks (brief stroke-like attacks), with the most acute effects occurring in one (25% increase) or two days (20% increase) after exposure,” Dr. Shirangi said.

“The percentage of people who attended emergency departments with acute lower respiratory tract infections also increased within one day (19% increase) and three days (17% increase) after their exposure to elevated PM2.5 during bushfires at high levels.”

An analysis of the global burden of disease due to outdoor air pollution estimated that PM2.5 caused about 3% of mortality from heart and lung diseases. Australian studies show a 5% increase in non-accidental deaths on days of high exposures to bushfire smoke.

“Long-term health effects from low-level exposures to toxic air particles remain a cause for concern. Long-term exposure is linked to impaired lung function, and even premature death,” Dr. Shirangi said.

“Extreme fire weather has increased in Australia over the last 30 years due to climate change. We are experiencing more extreme heat events, an increase in severe fire danger days and a more extended fire season than ever before.

“Where safe to do so, people should stay indoors. A suitable face mask, such as the N95 mask known for its use during COVID19, should be worn outside or for those who are unavoidably exposed to bushfire smoke.”

Health advice on how to protect against the harms of exposure to smoke from landscape fires, including information for sensitive groups, and those with specific health conditions, can be found on the Department of Health’s website.