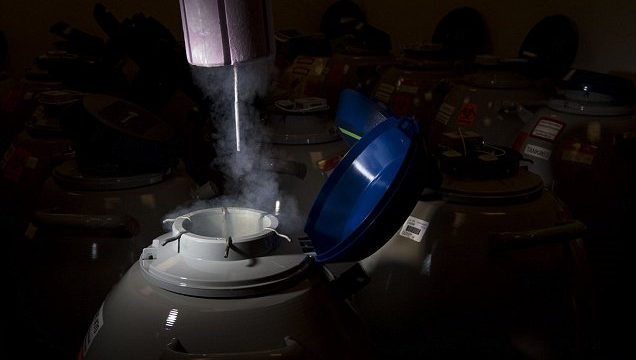 Almost half of women REGRET freezing their eggs to focus on career, study finds

Nearly half of women who freeze their eggs fear they may regret it down the line, new research suggests.

While most feel empowered by the decision, one in six have ‘severe regret’ and 49 percent feel more concerned than happy with their move, the study found.

The researchers at the University of California, San Francisco, admit they were somewhat stumped by the results, which came from surveying all of their thousands patients between 2012 and 2016.

They say it does not seem to be about lack of support or counseling, since 70 percent of respondents felt supported. Nor was it due to things going wrong: none of the patients surveyed had lost their eggs.

The most likely reason, they believe, is that many of the regretful women may be scared that, despite freezing their eggs to focus on their careers without facing age-related infertility, they could nonetheless struggle to conceive when they decide to thaw them. 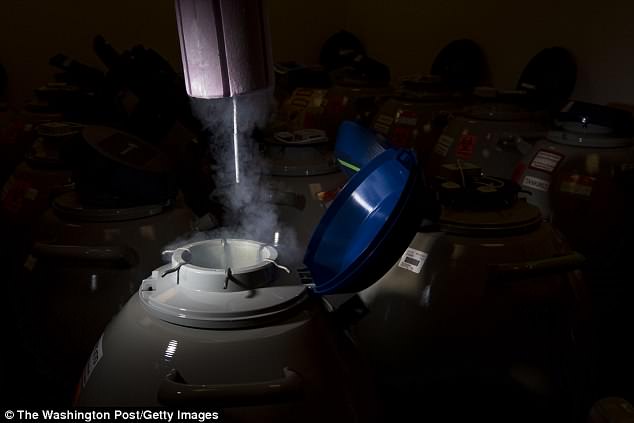 Researchers at the University of California, San Francisco, admit they were somewhat stumped by the results, which came from surveying all their patients between 2012 and 2016

HOW DOES EGG FREEZING WORK?

Women inject high levels of hormones for a week in order to ovulate as many eggs as possible. Patients typically have to pay anywhere from $2,000 to $4,000 for these.

This hormone is called AMH (Anti-Mullerian Hormone), which is secreted in the ovarian follicles.

AMH levels are a marker of one’s fertility: women with a high level are likely to produce more eggs.

The patient’s doctor will perform a blood test to check their AMH levels and determine the exact concentration of hormones they need.

After about 10 days, the patient comes in for their retrieval.

The patient will be immediately told how many eggs were retrieved.

At most clinics, patients with fewer than 12 eggs will then have an option: to settle with that or to pay for another cycle.

It costs around $450-a-year for egg storage.

Study author Dr Eleni Greenwood, from the University of California, San Francisco, said: ‘What is clear is that egg freezing is more than just your standard insurance transaction for many women.’

The researchers analyzed women who underwent the procedure at the university hospital between 2012 and 2016.

All of the women chose to have freeze their eggs rather than doing so for medical reasons.

On average, two years passed between the women undergoing the procedure and taking part in the study.

Results further suggest that most women who freeze their eggs have just mild regret, up to 16 percent severely repent their decision.

Those who retrieved the fewest number of eggs experience the strongest regret, despite this not being a sign of infertility.

Although 80 percent felt well informed of the procedure before undergoing it, those who claimed they received the sparest information were more likely to express regret.

Dr Greenwood said: ‘It is unclear from this study exactly why women had regret.

‘While there are almost certainly different reasons for different women, we suspect at least some of this reflects a degree a emotional turmoil egg freezing provokes in some women.

‘It is possible that regret was related either to disappointment with the outcome or with interpreting the results of egg freezing as a negative forecast of future fertility.’

The researchers plan to carry out further studies to assess how egg freezing impacts women emotionally.

Dr Greenwood added: ‘As oocyte cryopreservation takes off, we wanted to take a step back to understand how this technology might impact the trajectory of women’s lives.

‘We see this work as just the start of that conversation. Our ultimate goal is to translate this research into creating an increasingly supportive system to help women, realistically, achieve their reproductive goals.’