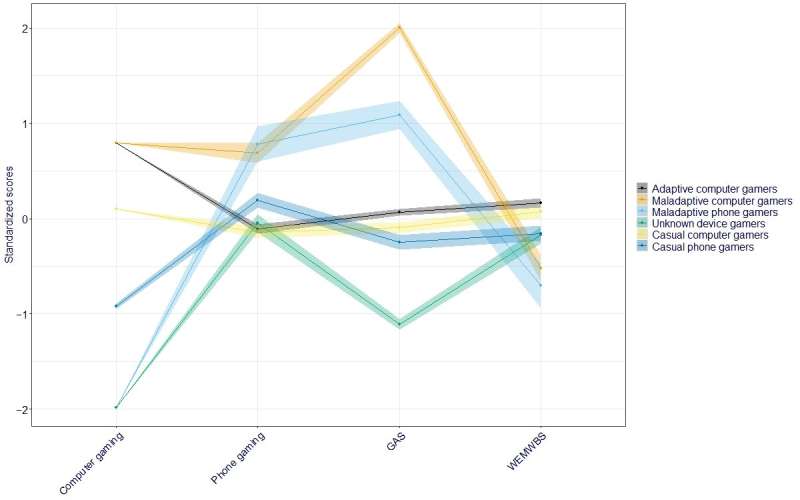 A new study published by University of Oxford researchers in JMIR Pediatrics and Parenting, shows that although many school-age adolescents are spending considerable time gaming, it is not having a negative impact on the well-being.

The OxWell Student Survey is one of the largest school surveys of adolescent health and well-being in England. More than 12,000 secondary school-aged students (12-18 years) took part in the latest survey in June-July 2021 and provided information on how much they game.

Almost one-third (31.2%) of students that answered questions on their gaming reported spending at least 3.5 hours each day playing games on any electronic device (‘heavy’ gamers), but a fifth (21.8%) reported not engaging in any gaming. The study identified different profiles of adolescents who game for longer periods of time based on their psychological well-being, how much time they spent playing games on different electronic devices, and how much control they have over their gaming behaviors.

Lead author Dr Simona Skripkauskaite of Oxford’s Departments of Experimental Psychology and Psychiatry, said, “Our findings suggest that there is a change in how adolescents are spending their free time with a substantial proportion choosing to spend most of this time playing video games. It is reassuring to see that, for most, this is not related to co-occurring well-being issues or mental ill-health.”

“These findings suggest that, rather than worrying about the time spent playing video games, we should explore the opportunity of video gaming as a potential tool to find more affordable, creative and less stigmatizing ways to reach and help adolescents experiencing emotional and behavioral difficulties.”

The study highlights, however, that this was not the case for everybody. 1 in 12 adolescents who were ‘heavy’ gamers did report a loss of control over gaming and well-being issues. They were more likely to be female and report gaming on their mobile phones. They were also, however, more likely to report previous experiences of abuse or anxiety and aggressive behaviors, suggesting that those with traumatic experiences and mental health issues may turn to gaming as a coping mechanism.